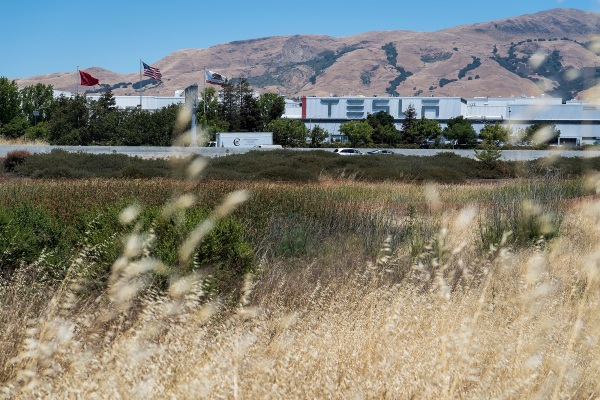 The California Department of Fair Employment and Housing filed a lawsuit against Tesla on Wednesday alleging racial discrimination and harassment. The complaint, which was filed in state court, calls out issues at Tesla’s Fremont, California manufacturing plant.

The California agency had received “hundreds of complaints from workers” and found evidence that the Fremont factory is a “segregated workplace where black workers are subjected to racial slurs and discriminated against in job assignments, discipline, pay and promotion creating a hostile work environment,” said the agency’s director, Kevin Kish, in a statement, the Wall Street Journal reports.

This isn’t the first time the electric vehicle maker has faced lawsuits for harassment and discrimination. Back in 2017, Tesla was hit with a class-action lawsuit filed by a former plant worker, Marcus Vaughn, who alleged Tesla failed to investigate complaints of Vaughn being repeatedly called the “n-word” by managers and coworkers at the Fremont plant.

Just a few months ago, Tesla was ordered to pay $137 million in damages to a black former contractor who accused the company of turning a blind eye to discrimination and racial abuse at the same plant. In the lawsuit, the worker, Owen Diaz, alleged that he was subjected to racial slurs and that Tesla employees left drawings of racist graffiti, swastikas and offensive cartoons, all of which supervisors neglected to halt.

At the end of 2021, multiple women came forward to accuse Tesla of fostering a culture of sexual harassment at the very same factory. The women said they were subjected to discrimination, catcalling, unwanted advances and physical contact while at work.

Tesla defended itself in a blog post published before the lawsuit was filed, doubling down on its strong opposition to discrimination and harassment and touting the corporate measures it says it has taken to respond to complaints and address diversity, equity and inclusion.

“Tesla has always disciplined and terminated employees who engage in misconduct, including those who use racial slurs or harass others in different ways,” the blog post reads.

“Tesla is also the last remaining automobile manufacturer in California,” the blog post continued, a point that Tesla has made before. “Yet, at a time when manufacturing jobs are leaving California, the [Department of Fair Employment and Housing (DFEH)] has decided to sue Tesla instead of constructively working with us. This is both unfair and counterproductive, especially because the allegations focus on events from years ago.”

Tesla moved its headquarters to Texas from California to Austin, Texas last year, after CEO Elon Musk threatened to potentially cease any manufacturing activity in California at all depending on how “Tesla is treated in the future.” Tesla had filed suit against Alameda County in May 2020, a suit that was later dropped, over the shuttering of the company’s manufacturing facility in Fremont to stop the spread of COVID.

The DFEH told WSJ that black workers often heard Tesla supervisors and managers using racial slurs and saw racist graffiti in the factory, and that they were assigned to more physically demanding roles, were disciplined more harshly and were passed over for professional opportunities.

The DFEH said its complaint would be available online Thursday morning, according to WSJ.