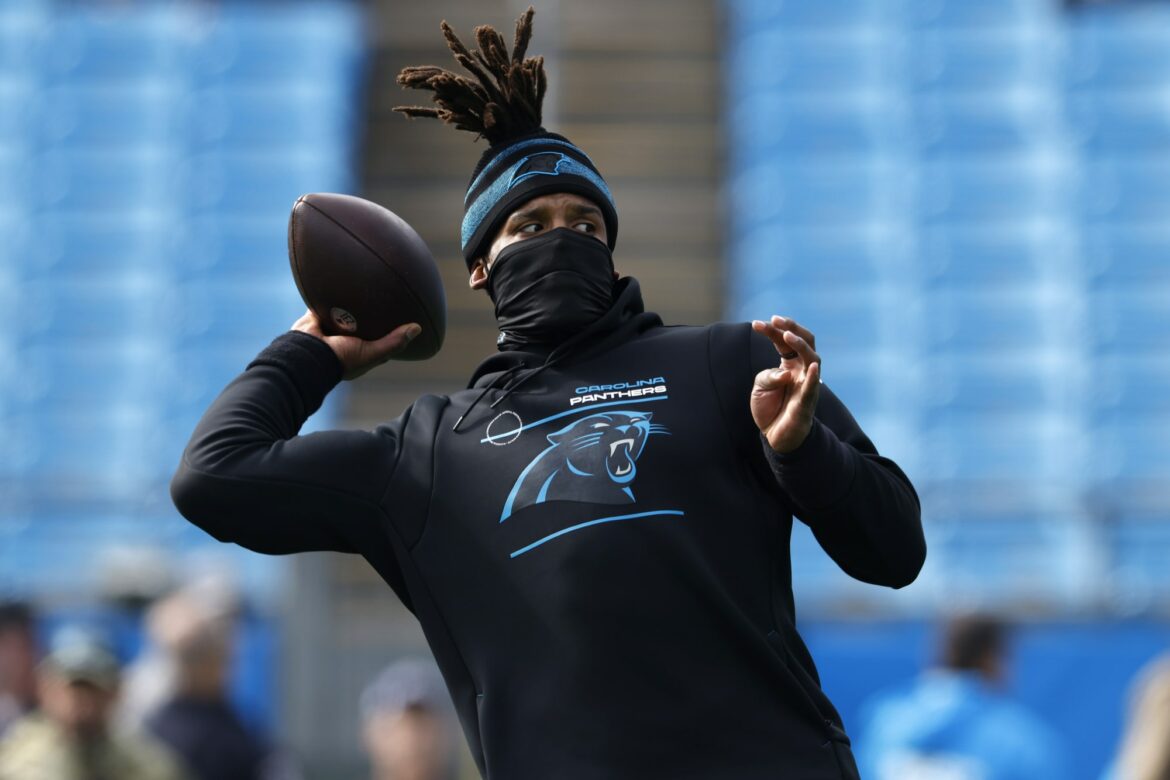 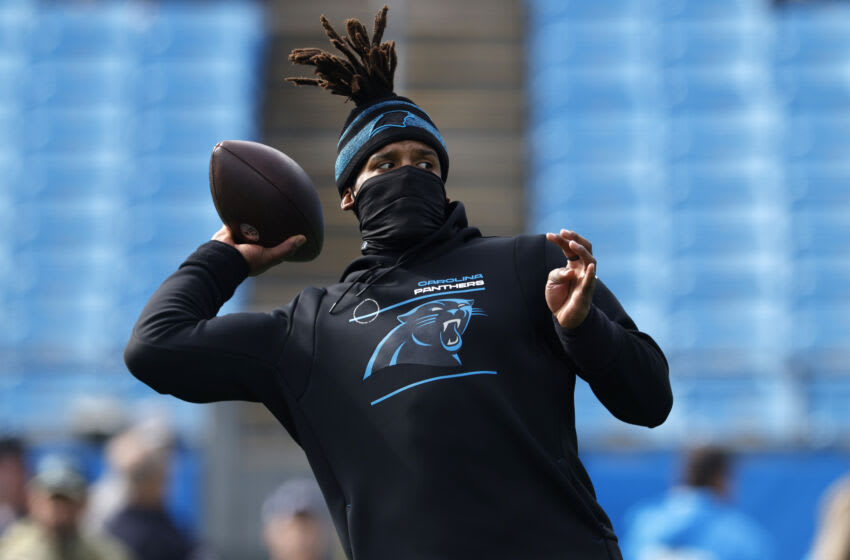 CHARLOTTE, NORTH CAROLINA – NOVEMBER 21: Cam Newton #1 of the Carolina Panthers warms up before the game against the Washington Football Team at Bank of America Stadium on November 21, 2021 in Charlotte, North Carolina. (Photo by Grant Halverson/Getty Images)

Cam Newton received a loud ovation from the hometown fans in Carolina when running out onto the field on Sunday.

If you ask folks over in Charlotte, they simply could not be happier that Cam Newton is back with the Carolina Panthers. With Sam Darnold going on Injured Reserve, the Panthers brought back Newton and he wasted no time making noise last week with two touchdowns.

Now, Newton is starting for Carolina on Sunday. Before the opening kickoff, he ran out onto the field and he was ecstatic about it. So were the fans in the stands, as they gave him quite the ovation.

If you love the Panthers, that video there must warm your heart. Newton is back with the organization the team which drafted him No. 1 overall a decade ago. In 2015, the team and players reached their zenith together, with the Panthers going 15-1 and reaching Super Bowl 50, while Newton won NFL MVP after accounting for 45 touchdowns in the regular season.

After a year away following his release and subsequent signing with the New England Patriots, Newton is back where he belongs.

Meanwhile, there is plenty on the line for the Panthers and Newton moving forward. For the team, Carolina is 5-5 entering Sunday’s game with the Washington Football Team, sitting in the final NFC wild card slot. For Newton, it’s about proving he can still play and getting another nice contract before his playing days are over.