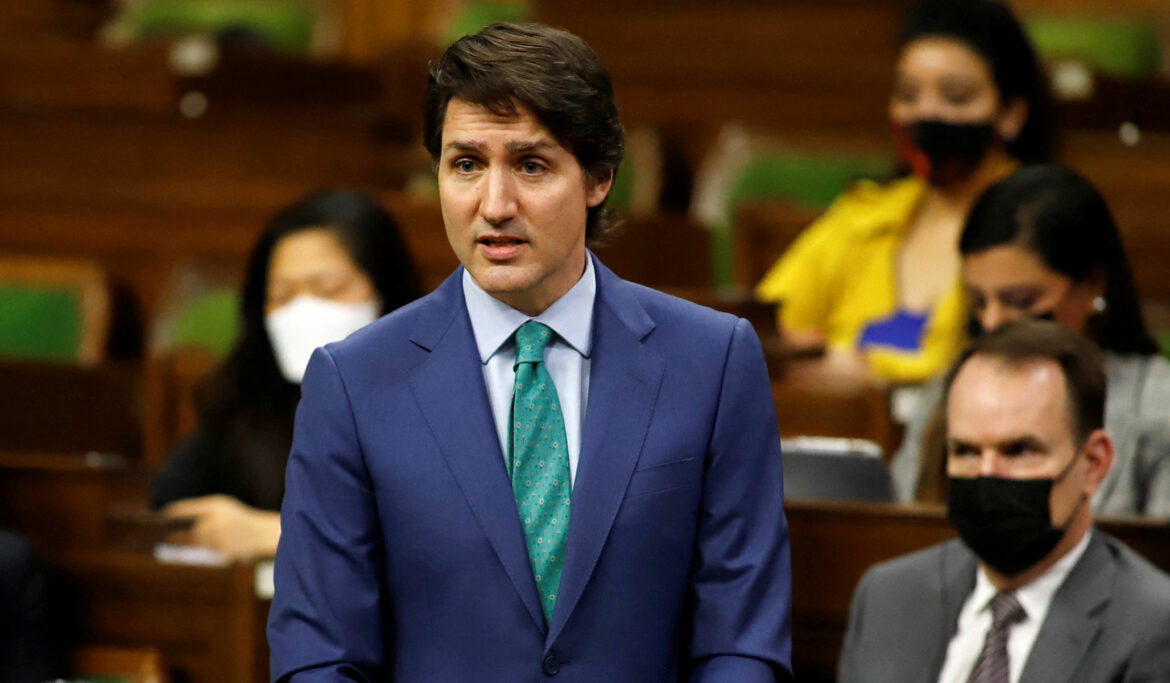 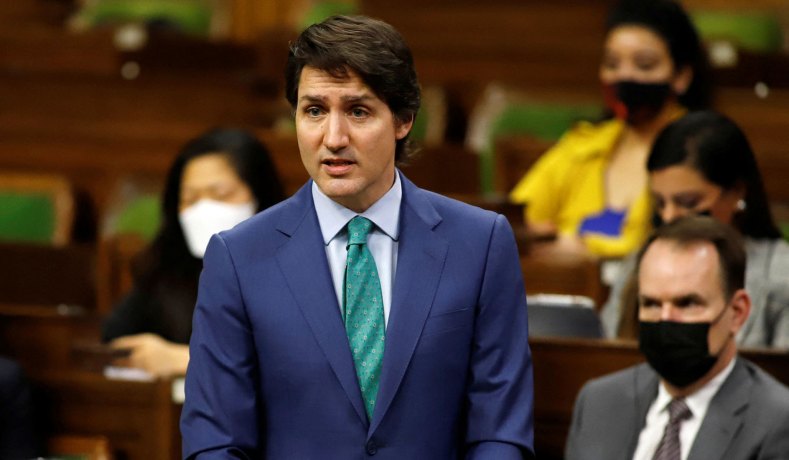 Canada’s Prime Minister Justin Trudeau speaks in the House of Commons about the implementation of the Emergencies Act in Ottawa, Ontario, Canada, February 17, 2022. (Patrick Doyle/Reuters)

The Canadian House of Commons voted Monday night to approve a 30-day extension of the Emergencies Act, which Prime Minister Justin Trudeau recently invoked for the first time since its passage in 1988 to quash the trucker blockade in Ottawa protesting the cross-border vaccine mandate.

The law has been exercised to remove vehicles from the city center and to cut off the financial resources of demonstrators. That has included freezing the bank accounts of those directly and marginally involved in the protest including some citizens who’ve donated sums in the ballpark of $50, as well as monitoring financial transactions. Now that convoy leaders and other participants have been arrested, and the encampments largely dismantled, Conservative MPs have criticized the Emergencies Act as unnecessary and an abuse of authority, the National Post reported.

As of Monday, Trudeau suggested the vote on the law in the chamber was effectively a vote of confidence in his administration, meaning that if the parliament had revoked the measure, his government would resign and an election would be called to replace it.

“I can’t imagine that anyone who votes ‘no’ tonight is doing anything other than indicating that they don’t trust the government to make incredibly momentous and important decisions at a very difficult time,” Trudeau said at a press conference Monday.

While vague, Trudeau’s statement was interpreted as an ultimatum by some members, including one Liberal MP who agreed to extend the Emergencies Act for 30 days to avoid triggering an early election after expressing concerns with the law. In a speech Monday afternoon, Liberal MP Nathaniel Erskine-Smith said he is “not convinced” that the emergencies measure is still warranted and said he would “vote accordingly” if not for the attached confidence vote. Trudeau’s office has not yet clarified whether the vote on the law is, in fact, also a vote of confidence.

“The disagreement I’ve expressed here does not amount to non-confidence, and I have no interest in an election at this time,” he said of his criticism of the government’s use of law. NDL member Jagmeet Singh echoed the sentiment and said he would “reluctantly” support extending the act.

“I can’t imagine anyone voting against this bill as expressing anything other than a deep mistrust in the government’s ability to keep Canadians safe at an extraordinarily important time,” Trudeau said earlier in the day. He had said he wouldn’t keep the act “a single day longer than necessary.”

Conservatives and the Bloc Québécois stood resolute in their opposition to the act and the call to extend it for a month. Bloc leader Yves-François Blanchet said that in making a vote of confidence conditional to the law’s extension, Trudeau was intentionally trying to pressure parliament into passing an extension.

“The Prime Minister is invoking the most coercive of the legal arsenal and because he’s afraid to crash, he’s threatening to impose the constraint of making this a confidence vote,” he said. Blanchet argued outside of parliament that Trudeau could have simply deployed more officers to disperse the convoy rather than weaponize the Emergencies Act.