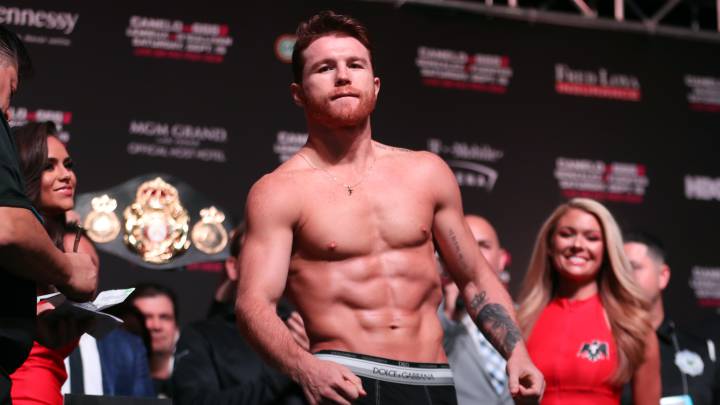 ESPN is reporting that Saul “Canelo” Alvarez is considering a massive deal with Eddie Hearn and the DAZN streaming service which would see the biggest star in the sport face Dmitry Bivol in the spring and Gennady Golovkin in the fall. Give Canelo this, the man doesn’t fool around. When it comes to the current undisputed super middleweight champion of the world, it’s virtually one legitimate challenge after another. According to ESPN’s Mike Coppinger, sources claim “the first fight of the deal would pit Alvarez against light-heavyweight titleholder Dmitry Bivol on May 7 in a return to 175 pounds.” 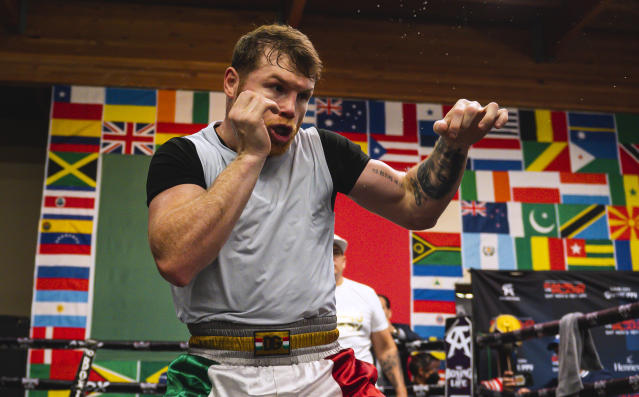 Should Canelo get past the undefeated Bivol (and should Golovkin win his middleweight title unification match against Ryoto Murata earlier in the year), he would then reportedly go on to have a third match with longtime arch rival Golovkin. That fight would be at 168 pounds, rather than at the 160 pound limit the first two matches between the two men were held at. That bout, should it go down, would happen on September 17th. Coppinger reports the DAZN deal as being for more than 85 million dollars – though some are saying Canelo might earn as much as 100 million dollars should he agree to the terms.

Canelo now exists in rarified air, in that he can essentially chose any opponent he wants to fight – something no fighter has had the luxury of doing since Floyd Mayweather ruled supreme over the sport of boxing. There has been much talk, for instance, that the red haired star could face off against middleweight star Jermall Charlo, who fights under the banner of Premiere Boxing Champions, an organization Canelo has successfully worked with before. Another popular PBC fighter, David Bennavidez, has also been much talked about as a potential Canelo opponent. According to Coppinger, however, negotiations between Team Canelo and DAZN “are approaching the finish line.”

The 41-1-1 Canelo was last seen besting Caleb Plant last November in grand fashion. Bivol last saw action in December, when he improved his record to 19-0 by decisioning Umar Salamov. As for the 41-1-1 Golovkin, the middleweight titlist hasn’t fought since December of 2020 when he stopped Kamil Szeremeta in seven. Indeed, the Kazakh warrior has only fought three times since losing a controversial decision to Canelo in 2018. The first fight between the two men a year earlier ended in a wildly controversial draw, giving the rivalry between the two future hall of famers an air of unfinished business.