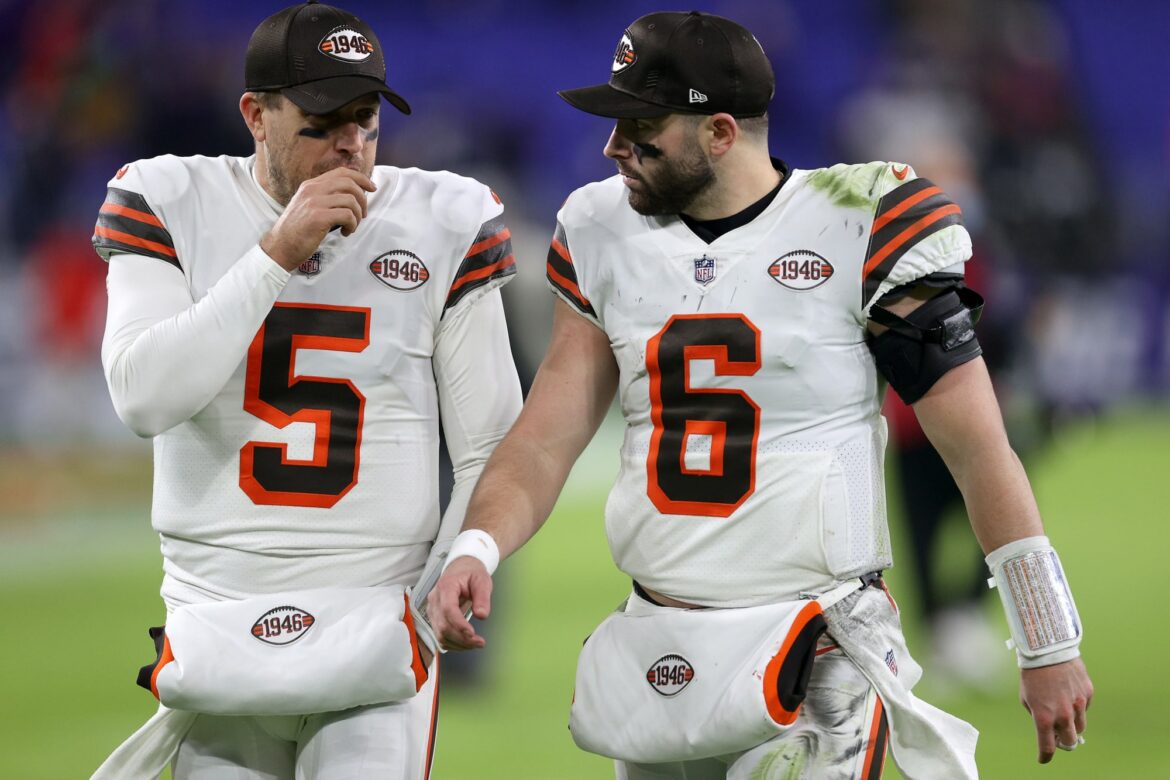 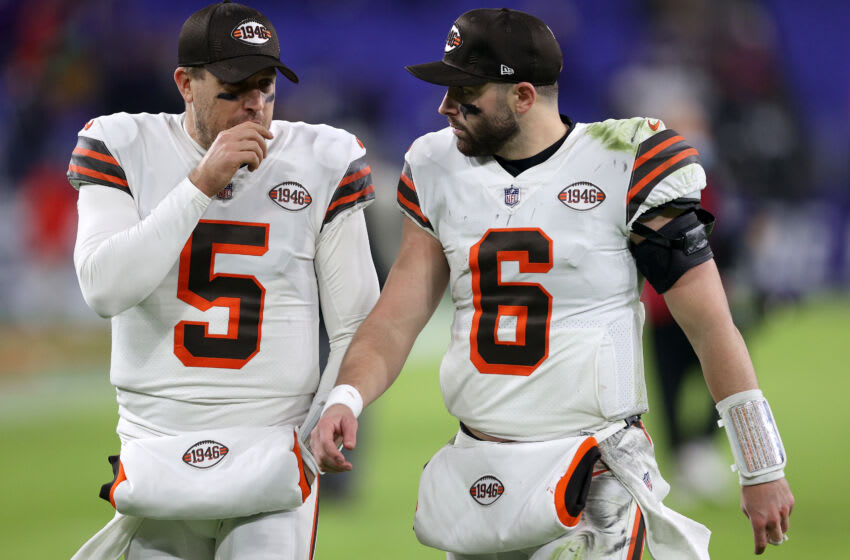 BALTIMORE, MARYLAND – NOVEMBER 28: Quarterbacks Case Keenum #5 and Baker Mayfield #6 of the Cleveland Browns walk off the field following the Browns loss to the Baltimore Ravens at M&T Bank Stadium on November 28, 2021 in Baltimore, Maryland. (Photo by Rob Carr/Getty Images)

Cleveland Browns quarterback Case Keenum seems to be looking forward to the opportunity to play alongside Nick Chubb against the Las Vegas Raiders.

The Cleveland Browns are being forced to deal with a pretty significant COVID-19 outbreak. From Cleveland head coach Kevin Stefanski to Cleveland’s starting quarterback Baker Mayfield, there are some pretty important folks in Cleveland who could be out against the Las Vegas Raiders due to COVID-19 this week.

But, it seems like one member of Cleveland’s roster has found an opportunity to have some fun and look at the bright side. Cleveland’s backup quarterback, Case Keenum, will get the chance to play alongside Nick Chubb when the Browns face the Raiders.

And of course, Keenum has apparently found the perfectly appropriate time to make a fairly inappropriate joke.

#Browns Case Keenum on the opportunity to play with Nick Chubb: “Having a full Chubb back there is going to be really good.”

But, Keenum doesn’t get many opportunities to jump out into the spotlight these days, so can you really blame him for being excited about the possible chance to play this week?

With all of the folks on the Browns’ roster who could miss some time (including this week’s game against the Raiders), not many will be expecting a ton of success from Cleveland this week. Of course, the Raiders are also a mess for a multitude of other reasons.

Because of that, the Browns could win in a bizarre game.

So, this week Keenum and Chubb have a great opportunity to have some fun. Crack some jokes and cut loose a little. Enjoy the game of football a bit. And when you get the chance to say something that’ll go viral on the internet, take it.