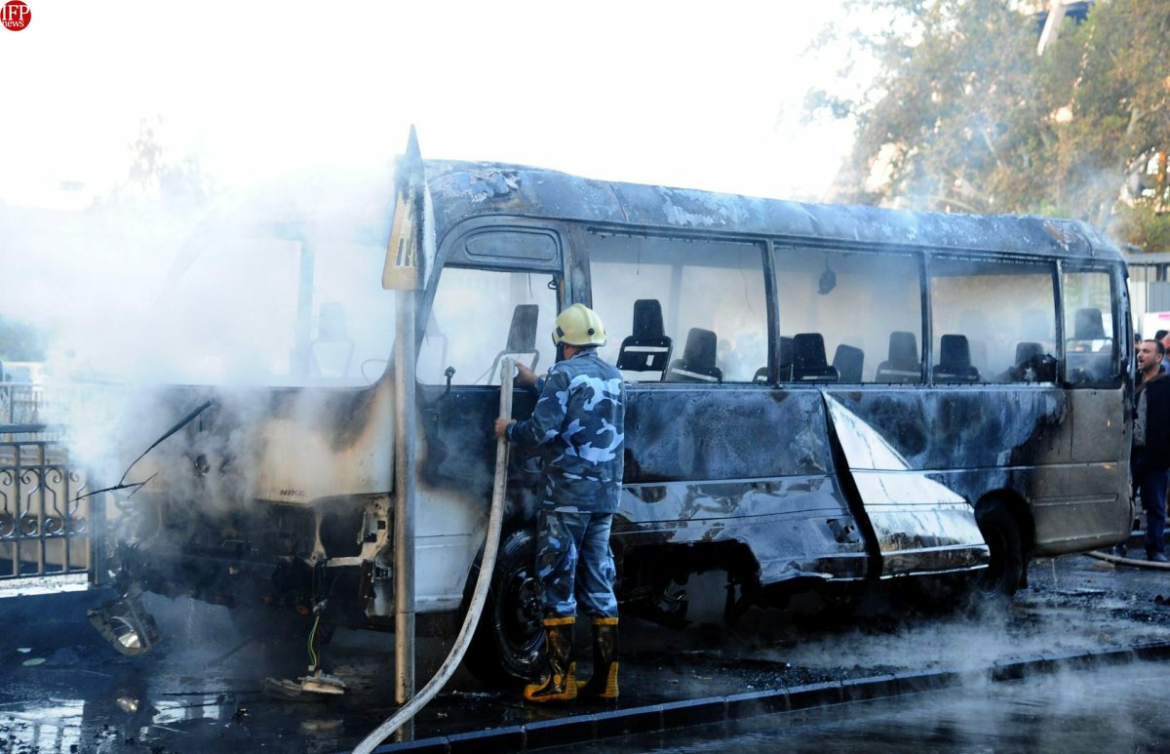 A solider was killed and 11 others were wounded as a result of an explosive device blast in a military bus near the Customs roundabout in Damascus.

At about 7:25 am, on Tuesday, an explosive device planted in a military bus near the Customs roundabout went off, leading to martyrdom of a soldier and wounding 11 others, a military source confirmed.

On 20 October 2021, at least 14 was killed, and several others were wounded when two explosive devices attached to a military bus were detonated at Jisr al-Raees, Damascus.