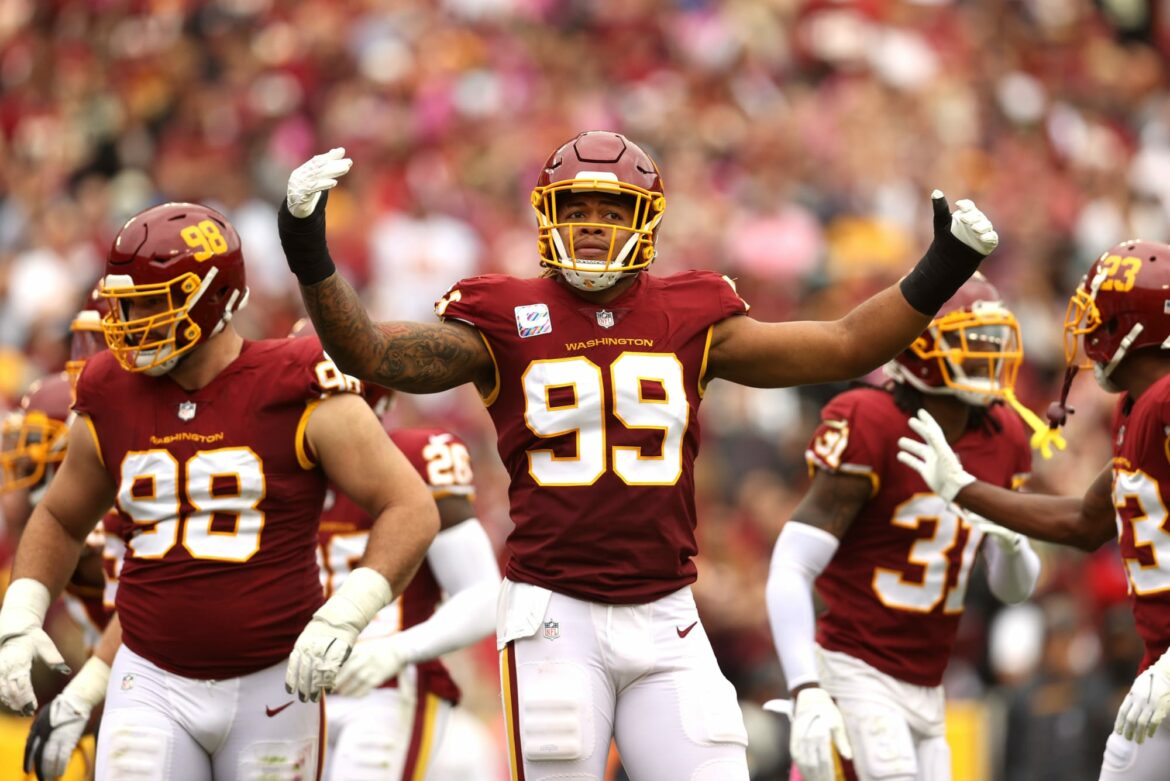 With the Washington Football Team honoring Sean Taylor on Sunday, star pass-rusher Chase Young taped up his facemask in a cool tribute to the legendary safety.

It’s surely an emotional day for the Washington Football Team and its fans. On Sunday against the Kansas City Chiefs, the team is honoring former safety Sean Taylor in the best way possible, retiring his No. 21 jersey.

Taylor was a fan favorite for Washington, known for delivering some truly earth-shattering hits. Chase Young was a big fan of Taylor’s game, which is why he’s paying tribute to him in Week 6 as well.

As you can see in the photo above, Young decided to tape up his facemask in old school fashion to show love to Taylor and his family. Young isn’t the only one doing this, as Landon Collins also pulled off the same move.

This really is awesome to see from Young and Collins. Taylor meant so much to this organization and he still does. Taylor tragically was murdered in 2007 during a failed burglary attempt. He remains beloved by fans all over the country, especially in Washington D.C.

Come Sunday, there are sure to be some tears flying during the jersey number retirement ceremony. Taylor truly was one of the best defensive backs in the league during his playing days. Now, he’ll be remembered forever at FedEx Field and fans wouldn’t have it any other way.