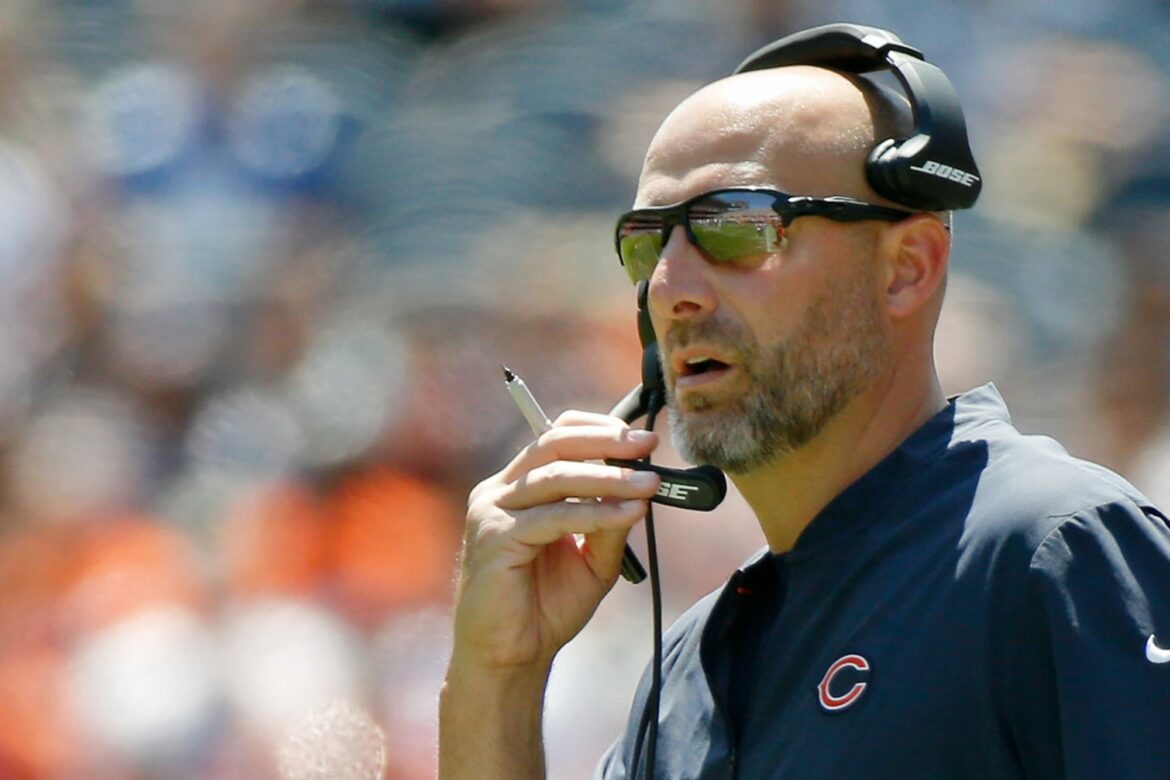 More writing is being tattoed onto the wall when it comes to Matt Nagy’s future as head coach of the Chicago Bears.

All Chicago Bears fans want for the holidays is a new head coach, but it’s starting to sound like they might not have to wait long to open their present.

Mark Konkol, who is not a beat writer or an NFL insider but rather a Pulitzer Prize-winning author who hails from Chicago, apparently has some tea on the immediate future of Matt Nagy. More specifically, how that future will immediately stop being involving the Bears.

To be completely clear, this was not a report that Nagy will be fired nor should it be taken as such. Instead, the fact that someone not directly connected to the Bears is hearing that Nagy is out is yet another indication that the writing has been etched into the wall as far as his ultimate fate in Chicago.

Here’s the rub, though: Konkol was on ESPN 1000 in Chicago and relayed what he says is a reliable and well-placed source that told him Matt Nagy will coach his last game on Thanksgiving.

“I’m not like you guys. I’m not in the mix everyday. I’m just going to tell you I have a really good source on this. I’m pretty confident that this is going to be his last game,” Konkol said.

There’s a lot to unpack here, not the least of which how this is not an official report that Nagy will be fired. Konkol openly admits that he’s not an insider but he trusts the information he’s been given. Announcing this as a guest on one of Chicago’s largest sports radio stations also goes a long way in this being a conversation piece.

It’s not, however, gospel.

The one sticking point to any report — not just Konkol’s hunch — of Nagy being fired during the season is that in the 101-year history of the Chicago Bears franchise not a single coach has been fired by ownership during a season.

Things are not good in Chicago right now, but Nagy is far from the worst head coach to have ever walked Halas Hall. If Marc Trestman was allowed to serve out his death sentence before being mercifully fired after the 2014 season then Nagy certainly deserves to walk the entire length of the plank.

It seems as though the main takeaway here isn’t when Matt Nagy gets fired, it’s just a matter of how it happens.