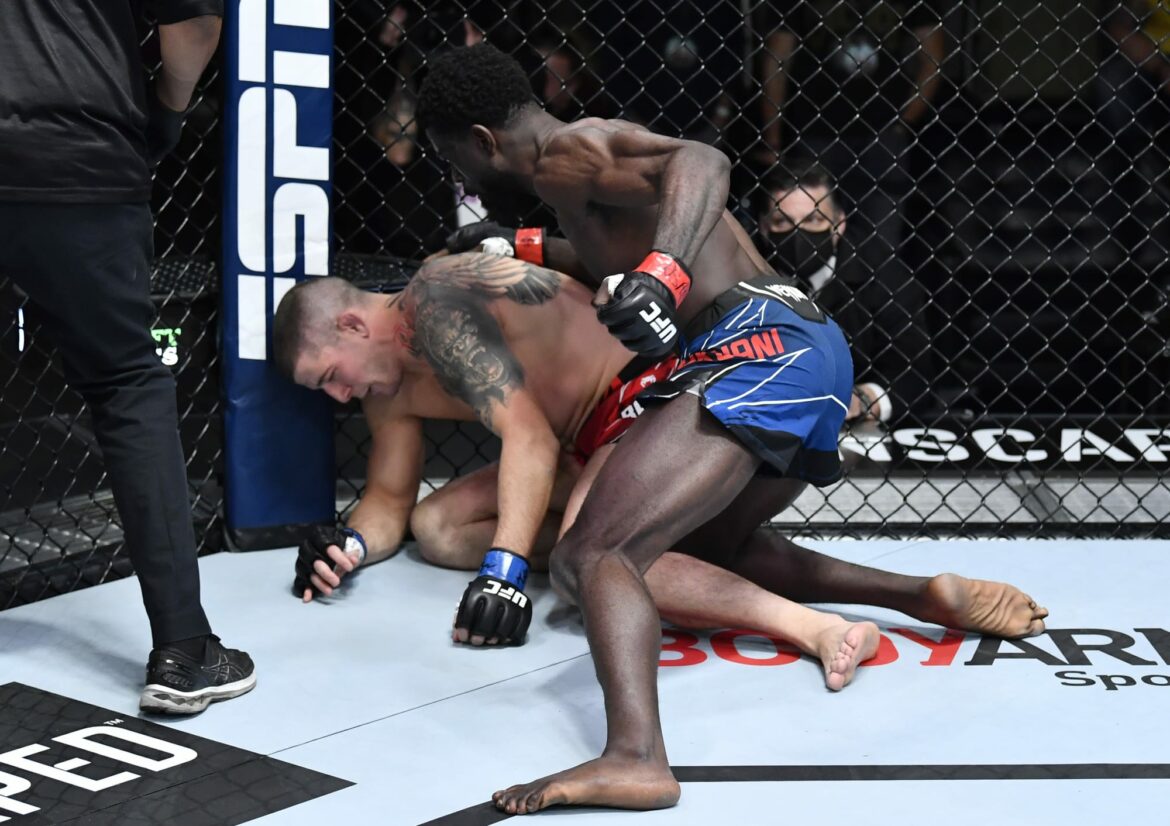 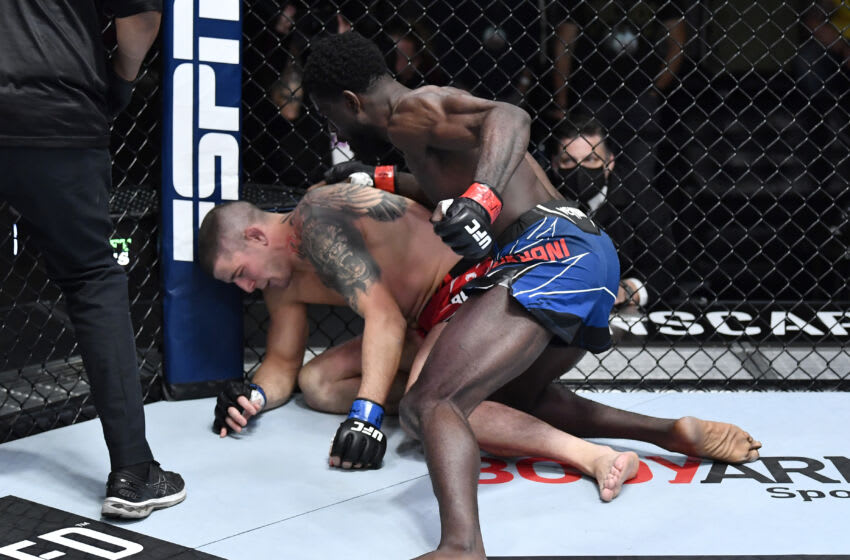 It took Chidi Njokuani many years to get his shot in the UFC octagon, and he made the most out of his first impression with a 16-second knockout at UFC Vegas 47 against Marc-Andre Barriault.

Njokuani entered the cage as one of the most intriguing prospects in the UFC middleweight division. He impressed UFC president Dana White with an emphatic performance on Dana White’s Contender Series last year against Mario Filipe de Sousa.

Njokuani faced a tough test on paper against the veteran Barriault, but he showed explosive striking en route to a quick and brutal knockout.

Check out Njokuani’s finish below.

Chidi Njokuani waited 15 years for a shot in the UFC

Despite his long journey to the biggest platform in MMA, Njokuani had fought in Bellator and LFA before eventually getting his shot in the UFC. He earned wins over Melvin Guillard and Andre Fialho during his time in the Bellator cage.

Back-to-back losses to Rafael Carvalho and John Salter ended his time with Bellator, and he got a main event opportunity against Cristhian Torres at LFA 91. He finished Torres with a vicious knee to the body followed up by a flurry of punches.

Njokuani has always been known as a solid grappler, but his striking has evolved over the past few years of competition. As evidenced by his finish over Barriault, he could be a dangerous fighter in the 185-pound division.

Njokuani will more than likely get a step up in competition for his next octagon appearance, but he’s off to a great start in his UFC tenure.