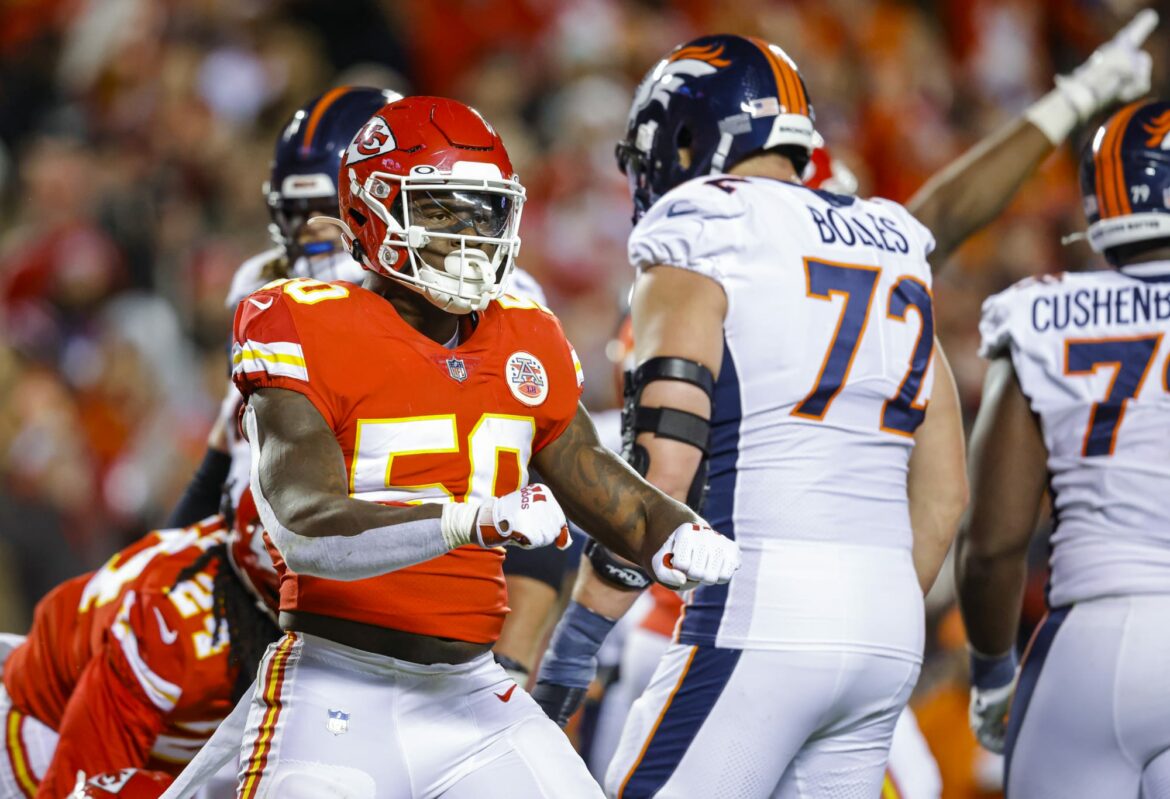 With the Kansas City Chiefs getting ready to take on the Los Angeles Chargers on Thursday, the team will be without two defensive studs.

One of the most intriguing matchups on the schedule for Week 15 is no doubt the meeting between the Kansas City Chiefs and Los Angeles Chargers. With it being featured for some Thursday Night Football, that makes things even more exciting. Unfortunately for KC, they’re dealing with some adversity leading up to the opening kickoff.

On Wednesday, the team announced that cornerback L’Jarius Sneed and linebacker Willie Gay will both be out. Obviously, this is a big blow for the defense as a whole.

With the Chiefs hoping to try and slow down Justin Herbert, missing two playmakers in Sneed and Gay really is tough news. Herbert has been sensational this year, as he’s been showcasing his rocket for an arm throughout the campaign.

Last week against the New York Giants, Herbert tossed for 275 yards and three touchdowns, powering his team to an easy win. Having said that, Kansas City’s defense is feeling pretty damn good right now too.

In the Week 14 victory over the Las Vegas Raiders, the unit was superb. Derek Carr had a day to forget, as the consistent pressure was throwing him off. Yes, Sneed and Gay being out to face L.A. will make things more difficult, but Andy Reid and this team have a ‘next man up’ mentality and it will be on the rest of the defense to step up as well.

The hope is that Sneed and Gay will be ready to rock come next weekend. For now, this team will go out and try and record a strong win without them.