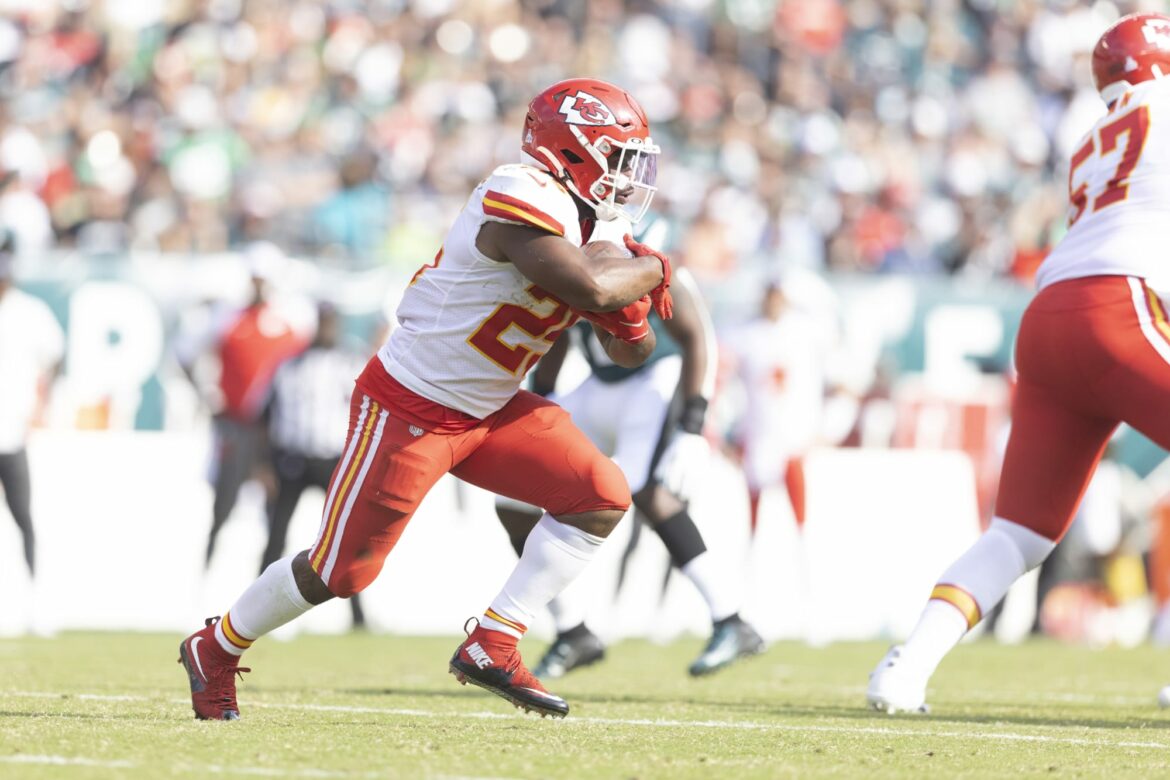 The Kansas City Chiefs have designated running back Clyde Edwards-Helaire to return from Injured Reserve.

Could we be seeing Kansas City Chiefs running back Clyde Edwards-Helaire back on the field in the near future? It’s sure looking that way. On Wednesday, the speedster was spotted at practice and the team has officially designated his return from Injured Reserve.

With this, Edwards-Helaire now enters a 21-day window for the Chiefs to activate him. While Edwards-Helaire has been battling a knee injury, it looks like he’ll be able to get back on the field sooner than later.

While Darrel Williams has done a nice job filling in for Edwards-Helaire, they’re two completely different players. Edwards-Helaire is the starter for a reason: he’s tremendous with the ball in his hands and he can frustrate would-be tacklers with some nifty moves.

Williams can also make plays, but he doesn’t run with the same kind of force as Edwards-Helaire. That was showcased against the Packers on Sunday, with Williams getting stuffed on back-to-back goal-line carries on the team’s opening drive.

Kansas City fans haven’t seen the second-year player since Week 5, with Edwards-Helaire suffering his knee injury in the loss to the Buffalo Bills. Before going down in that Sunday Night Football matchup, Edwards-Helaire had rushed for 304 yards on 65 carries. He had also added eight receptions for 61 yards and two touchdowns.

Now, the Chiefs will have three weeks to make the call on Edwards-Helaire. Again, it’s looking like he’ll be all set to suit up and help the Chiefs offense get back into a groove. While things have looked rough for the Chiefs at times this season, Edwards-Helaire is the kind of impact player to get things going again in a flash.