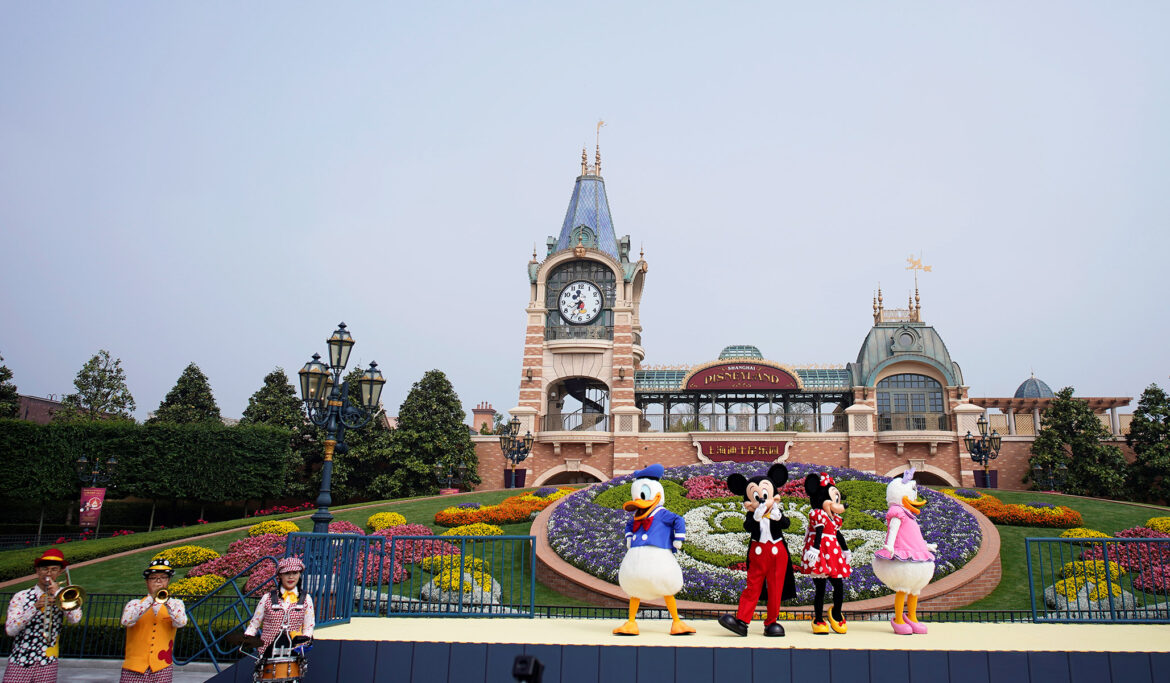 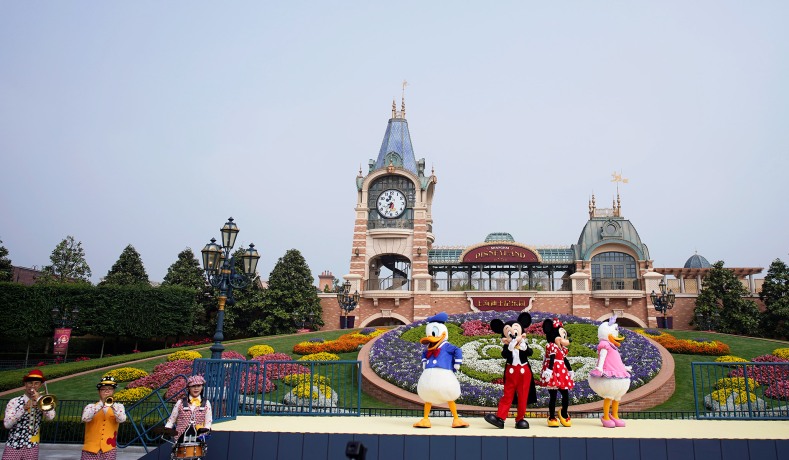 Performers at a ceremony marking the reopening of Shanghai Disneyland following a shutdown due to the coronavirus outbreak in Shanghai, China, May 11, 2020 (Aly Song/Reuters)

Shanghai Disneyland closed down temporarily on Sunday after it was discovered that a visitor had a positive COVID case. Nearly 34,000 other tourists on the premises had to be tested before leaving as part of China’s strict COVID containment efforts.

The amusement park’s forceful reaction to the singular positive case is in line with Beijing’s “zero tolerance” policy approach to the disease that is reminiscent of Australia’s, where COVID infections are tracked very closely among the population and lockdowns were reimposed well after many western countries lifted them. But while Australia has a 64.3 percent vaccination rate, China has an almost 80 percent vaccination rate.

Across multiple other regions of China, 48 domestic COVID cases were registered, leading businesses to close their doors and the government to orchestrate mass testing initiatives. As a result of the one infection, Disneyland and its accompanying shopping and restaurant mall will pause operations until at least Wednesday, the company told The Wall Street Journal.

The Journal reported that the park still launched its fireworks spectacle as scheduled to keep attendees occupied as each one was tested for the virus before they could depart.

As a corporation, one of Disney’s most profitable ventures has historically been the theme parks, a division which took a substantial hit when the pandemic began as Disney facilities across the globe went out of commission for many months.

The Shanghai location’s sudden closure Sunday showcases Disney’s delicate and somewhat precarious business relationship with the Chinese market, given that it is largely regulated and controlled by the Chinese Communist Party. The Shanghai park was the first to close in January 2020 but the first to re-open in May 2020, the Journal added. Over recent months, Disney has relaxed some COVID restrictions and capacity cutoffs as worldwide vaccination rates improve and transmission rates abate.

Starting on November 8, international travelers including those from China who present proof of vaccination can freely visit the United States. The U.S. also recently announced stricter guidelines for unvaccinated travelers, who will now only have a window of one day of departure to present a negative test rather than three days as was the former standard.