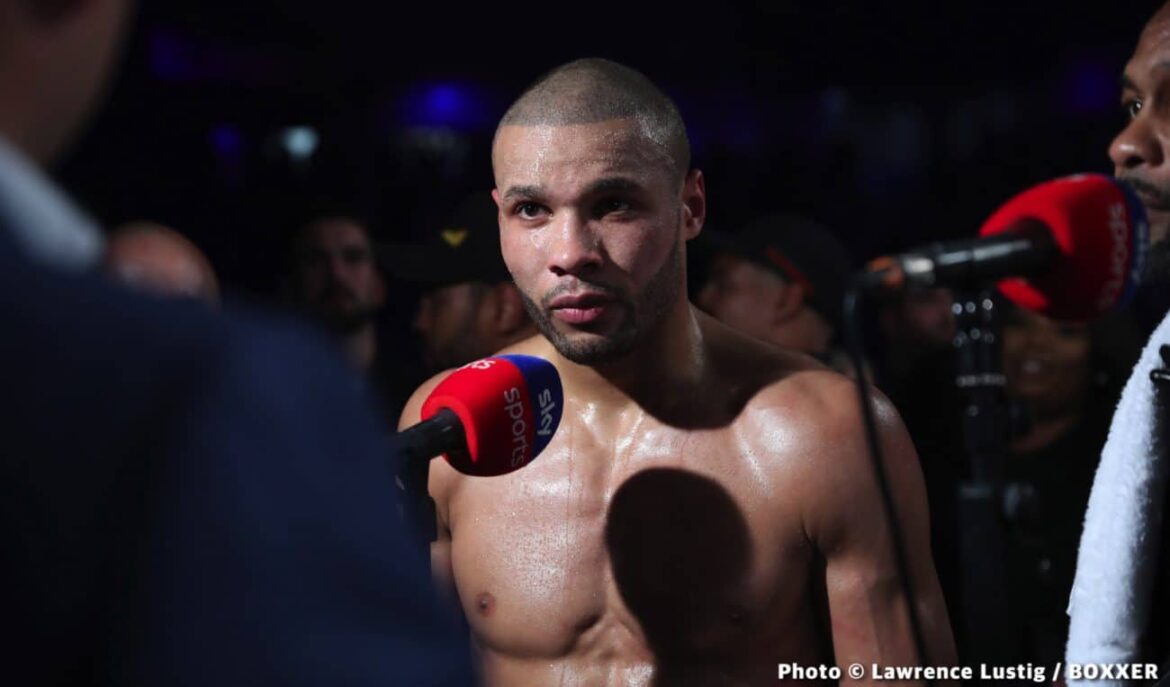 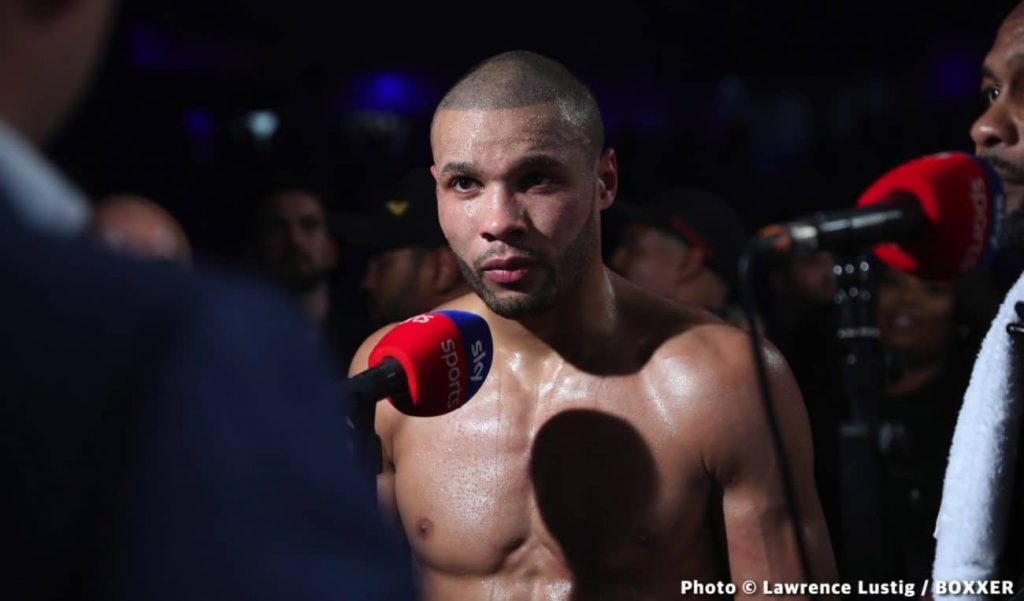 Chris Eubank Jr. didn’t have high expectations. The former middleweight interim titlist threw on a dapper outfit and snuggled comfortably into his ringside seat this past weekend at Manchester Arena in the United Kingdom.

Like many, Eubank Jr. was curious to see how the long-anticipated showdown between Kell Brook and Amir Khan would play out. Considering that both are now 35 and no longer in championship contention, Brook wasn’t expecting much.

Yet, following six rounds of dominant action, Eubank Jr. shook his head in approval. Brook punished Khan repeatedly until referee Victor Loughlin was forced to step in and call a halt to their contest.

In Eubank Jr.’s opinion, Brook still has plenty left in the gas tank. Now, after that admission, Eubank Jr. is wondering how a matchup between them would play out.

“I’m not gonna lie, I was not expecting that kind of performance from Kell,” said Eubank Jr. to Sky Sports Boxing. “Dominance from round one until it finished. He proved that he still has the spice. Now I want to see how spicy he can get with me. I’m not Amir Khan.”

Following Brook’s win over Khan, the former 147-pound belt holder found his name on the lips of several notable fighters. In addition to Eubank Jr., both Vergil Ortiz Jr. and Conor Benn expressed an interest in facing him. But while matchups against the two welterweight contenders could drum up interest, Eubank Jr. believes that a showdown between himself and Brook brings more flare and genuine bad blood to the table.

Eubank Jr.’s biggest issue with Brook stems from his 2016 showdown against Gennadiy Golovkin. Brook brazenly moved up two full-weight divisions to challenge a then-undefeated Golovkin for his middleweight titles. Although many praised Brook for his willingness to put his undefeated record on the line, Eubank Jr. was left shellshocked by the entire event.

For years on end, Eubank Jr. has called for a showdown against Golovkin. And while he’s still hoping that they’ll be able to face off in the ring, Eubank Jr. blames Brook directly for snatching the Golovkin fight right from underneath his nose.

“We have history, he’s the reason I didn’t fight Golovkin all of those years ago. I’ve never forgiven him for that. I’ve always held that against him. That was my fight.”

Even with both Brook and Eubank Jr. competing two weight classes apart, Brook has recently called for his much bigger opponent to drop down to 155 pounds. Eubank Jr., on the other hand, wants no part of such a move.

Although it’s unclear who will ultimately win the weight tug of war, Eubank Jr. believes he wields most, if not all, of the negotiating power. As the 160-pound contender looks at Brook’s current options, he has one rhetorical question for his longtime rival.

“Who else can he go to? There’s nobody else out there for him.”