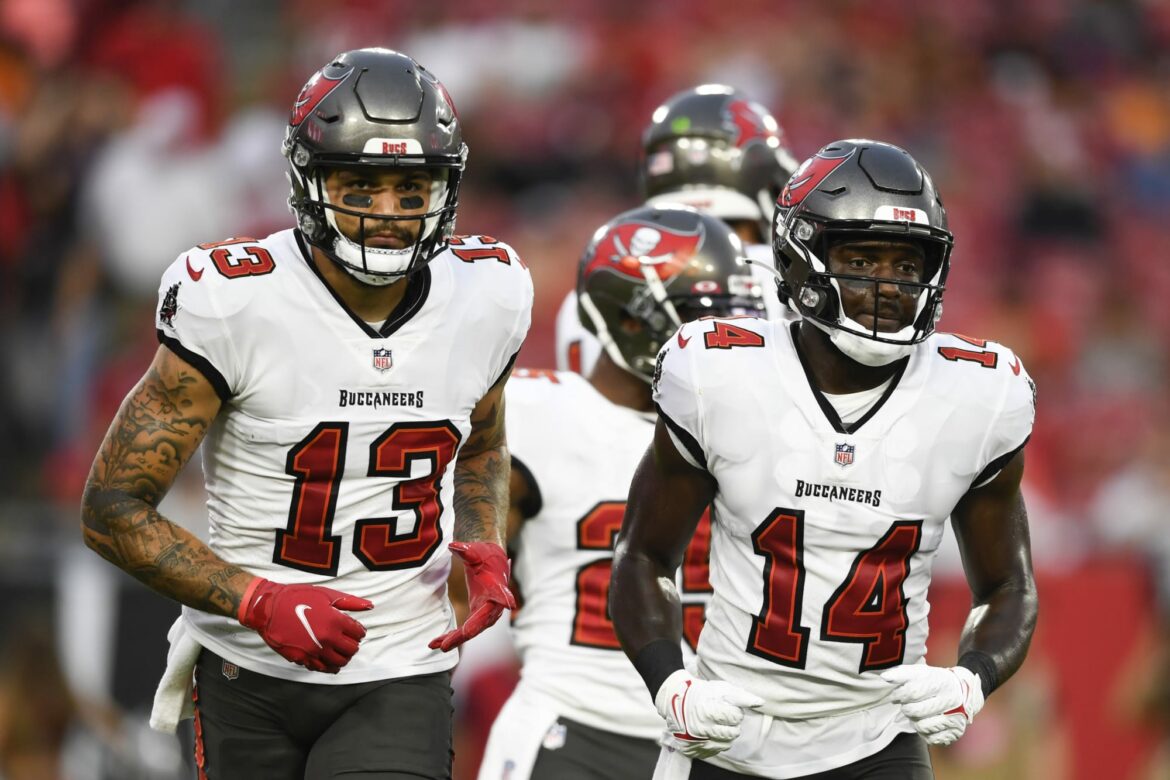 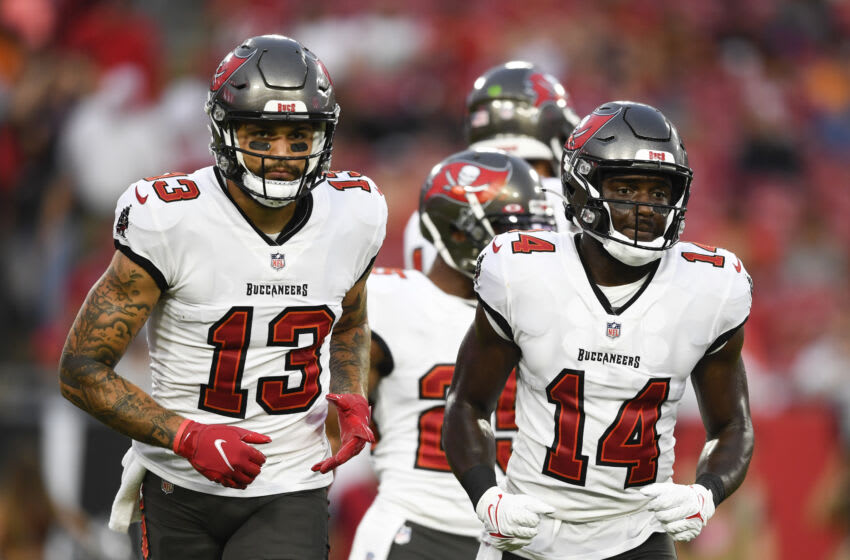 TAMPA, FLORIDA – AUGUST 14: Mike Evans #13 and Chris Godwin #14 of the Tampa Bay Buccaneers break from the huddle during the first quarter against the Cincinnati Bengals during a preseason game at Raymond James Stadium on August 14, 2021 in Tampa, Florida. (Photo by Douglas P. DeFelice/Getty Images)

Here’s how the Packers could clinch the No. 1 seed in NFC by Cody Williams

The Tampa Bay Buccaneers’ wide receiver corps took a hit during their Week 15 game against the New Orleans Saints.

The Tampa Bay Buccaneers had the opportunity to clinch the NFC South on Sunday night with a victory over the New Orleans Saints. That was already a daunting task, considering the Saints defense has had quarterback Tom Brady’s number throughout the regular-season. But things only got worse as the game progressed, with Mike Evans and Chris Godwin leaving due to injuries.

Tampa Bay’s wide receiver corps took a hit, as Evans was doubtful to return to the game due to a hamstring injury. Godwin was questionable to return after suffering a nasty-looking knee injury in the first half.

Just before the second half kickoff, the Buccaneers downgraded both wide receivers to out for the remainder of the game.

Evans left in the second quarter after making his lone catch of the game. After spending some time on the sidelines, the veteran wideout eventually departed for the locker room.

Godwin caught a pass in the second quarter in the middle of the field, but was tackled low by cornerback P.J. Williams. As a result of the hit, Godwin’s right knee bent awkwardly. He was able to walk off the field, but with a noticeable limp. He was spotted standing on the sidelines with a towel over his head.

Tampa Bay was already short a receiver on Sunday night, as Antonio Brown continues to serve his three-game suspension for providing the league with a fake COVID-19 vaccine card. Brown is expected to rejoin the team on Monday.

We will continue to keep you updated on the statuses of both Evans and Godwin when additional information was provided.