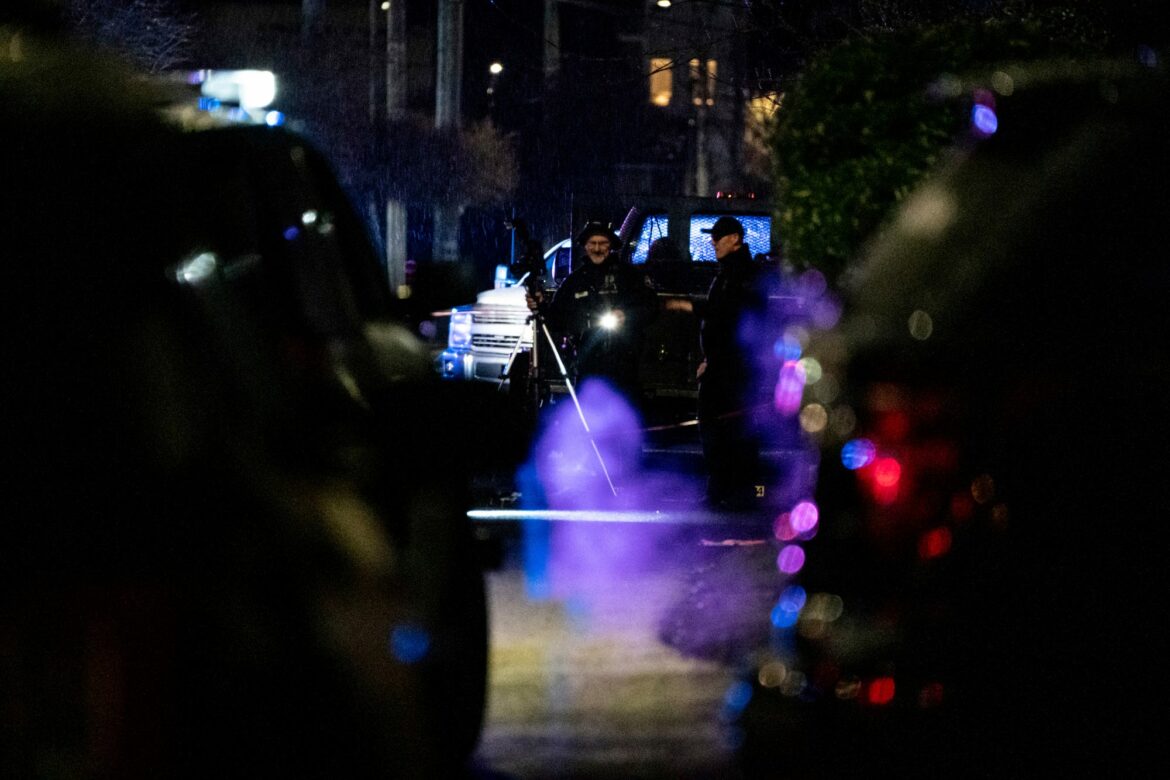 A protest against police violence was just getting underway when he shooting took place. Last year saw record-high numbers of shootings and 90 homicides in Portland. Authorities blame blame gang-related arguments, drug deals and disputes among homeless people for the increase in shootings.

A 43-year-old man confronted protesters against police violence in a Portland, Oregon, park, told them to leave and then drew a pistol and opened fire, killing a woman and wounding four other people, a prosecutor said Tuesday.

Officers responding to reports of a shooting Saturday night discovered the woman’s body and rushed the wounded — two men and three women — to area hospitals. According to police, the shooting started with a confrontation between an armed homeowner and armed protesters.

“The scene was extremely chaotic, and a number of witnesses were uncooperative with responding officers,” the Portland Police Bureau said in a statement. “Most people on scene left without talking to police.”

Police identified the shooter as Benjamin Smith, 43, on Tuesday. He remained hospitalized in critical condition on Tuesday, according to authorities.

The district attorney also sought and received a warrant for Smith’s arrest, his office said.

Smith’s roommate, Kristine Christenson, told The Oregonian/OregonLive that Smith often criticized the Black Lives Matter movement, the COVID-19 mask requirement, crime in the neighborhood and homeless people living near the park by their apartment.

Police also identified the woman who died from the shooting Tuesday as 60-year-old Brandy Knightly. Friends and relatives said Knightly was well-known for helping people in the city’s active protest movement.

WHERE HAS ANTIFA BEEN?: Anti-fascist groups stepped away from street protests, not activism

Her friend Kathleen Saadat told The Oregonian/OregonLive that Knightly was dedicated to acting on her values of justice and fairness.

“She was a warm, giving and kind person who spent time trying to think of things she could do to make the world better and to make herself better in the world,” Saadat said.

According to Oregon Public Broadcasting, one of the other victims was “paralyzed from the neck down.” Three others were shot in multiple places, and one remains hospitalized.

A protest against police violence was just getting underway near the city’s Normandale Park when the confrontation began, authorities said. Such protests have become a recurring theme in Portland, a center for the national movement to defund police since George Floyd was killed by Minneapolis police in May 2020.

According to the district attorney’s office, video evidence revealed Smith confronted a group of protesters at a park in Northeast Portland.

According to the district attorney’s office, he later drew a firearm and fired at the crowd, hitting five people. The shooting ended after Smith was shot in the hip, according to authorities.

Detectives said they believe a “large number” of people witnessed what happened and possibly recorded the incident.

“There were a lot of people there, but there were not a lot of people who wanted to talk to police,” Sheppard said. “This is a very complicated incident, and investigators are trying to put this puzzle together without having all the pieces.”

Police are asking that anyone with information or video from the scene provide it to the investigating officers.

Sheppard was asked if the community should be concerned that more violence could take place.

“We do know one thing for sure – our community is dealing with the sadness of another senseless act of gun violence,” he said.

“While we need more information about what transpired, I can say that protesting for racial justice should never endanger those exercising their 1st amendment rights,” Hardesty tweeted.

Portland, like many major cities, has been struggling with increased gun violence. Last year saw record-high numbers of shootings and 90 homicides in Portland. The previous record was 66 homicides. And shooting incidents in January 2022 outpaced January 2021, according to police data.

Police and city officials say the violence has been most damaging in the Black community. They blame gang-related arguments, drug deals and disputes among homeless people. The situation was exacerbated by the pandemic, economic hardships and mental health crises.

“We have a public safety crisis, and it is affecting everyone,” City Commissioner Mingus Mapps said in a statement.