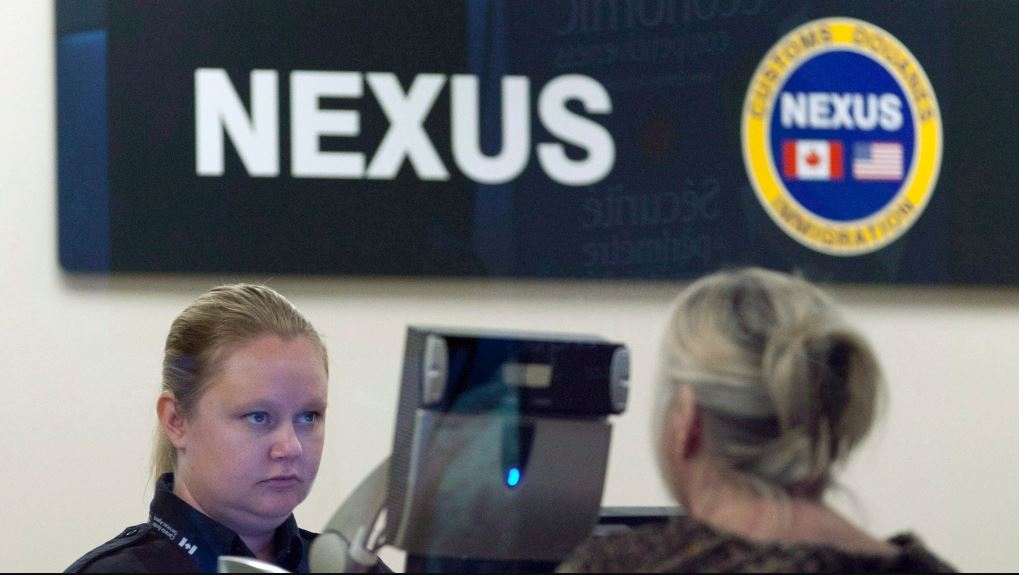 A dispute over legal protections for American customs officers has kept Nexus enrolment centres closed in Canada more than three months after they reopened south of the border — due in part to a clash over U.S. agents’ right to carry guns on Canadian soil.

The standoff has led to a massive backlog in applications for the program, which allows pre-approved travellers to cross the border more quickly.

The Canada Border Services Agency says the number of Nexus applications has ballooned from 270,000 in April to more than 341,000 at a time when travel delays are wreaking havoc on passengers’ summer plans.

Canada and the U.S. remain in discussions about when the 13 enrolment centres will reopen for applicant interviews as the two sides try to clarify “legal protections” for American customs officers while they are working at the jointly staffed centres, agency spokeswoman Rebecca Purdy said in an email.

“One example could include the authority to carry or have access to a firearm while on duty,” spokesperson Rhonda Lawson said in an email.

Two senior Canadian government sources told The Canadian Press the U.S. wants its customs officers who work in Nexus centres to have the same protections guaranteed to its other preclearance officers on Canadian soil under a binational agreement, with sidearms as a major sticking point in the talks.

Some existing cardholders must also book a sit-down to renew their membership, which expires after five years.

About 75 per cent of current Nexus members are Canadian citizens, and another three per cent are permanent residents, according to the border agency.

Department of Homeland Security website. The only three spots with openings in 2022 are in Minnesota and Michigan’s Upper Peninsula.

The delay is affecting Canadian tourism and causing inconvenience for frequent border crossers.

“If you had more people with Nexus, they get through faster and they don’t clog up the other line,” said Jill Wykes, editor of Snowbird Advisor, an online resource for Snowbirds.

“Many other government offices are open,” she said. “I think it’s inexcusable.”

“It for sure has exacerbated the delay,” Duncan Dee, Air Canada’s former chief operating officer, said of the thinning number of Nexus travellers.

Added Teamsters Canada spokeswoman Catherine Cosgrove: “I haven’t even applied for Nexus, because there’s no point.”

Prime Minister Justin Trudeau declined to say whether firearms were at the heart of the impasse.

“I think it’s really important that we are able to stay true to our values as Canadians but respect the way we need to work together,” he told reporters Friday on a visit to Stratford, P.E.I.

Like the Fast program for long-haul trucker drivers, Nexus is a “trusted traveller” program that expedites entry of pre-cleared border crossers, typically through separate lines and automated kiosks at airports and land crossings as well as marine ports.