Father and son Gregory and Travis McMichael armed themselves and chased Arbery in a pickup truck two years ago after spotting the 25-year-old Black man jogging in their coastal Georgia neighborhood. William “Roddie” Bryan, a neighbor, joined the pursuit and recorded cellphone video of Travis McMichael blasting Arbery with a shotgun.

The defendants were convicted of murder last fall in a state trial and sentenced to life in prison, but state prosecutors did not present evidence the murder was racially motivated – evidence that is central to the federal prosecutors’ case. All three men have pleaded not guilty.

HOW DO YOU PROVE HATE IN THE AHMAUD ARBERY CASE? The answer is more complicated than you think

Jurors heard from seven witnesses on Friday, including two people who worked closely with Travis McMichael and a neighbor of the McMichael family. Witnesses largely testified to the use of racial slurs by Travis McMichael and Bryan, while one witness testified that Gregory McMichael once made disparaging comments about a Black woman tenant who was behind on her rent.

The prosecution’s 20th and final witness, Carole Sears, recounted for jurors a 2015 encounter with the elder McMichael while she was in town with her daughter for a court hearing involving a man who had killed Sears’ husband in a drunken driving crash years earlier.

Gregory McMichael, then an investigator for the local district attorney, had been tasked with driving Sears and her daughter to and from the airport. She said McMichael was pleasant until she expressed sadness about the death of civil rights champion and former Georgia state representative and senator Julian Bond.

“Terrible? I wish that guy had died years ago,” Sears recalled Gregory McMichael saying. “All these Black people are nothing but trouble. I wish they’d all die.”

Gregory McMichael’s attorney, A.J. Balbo, called the only defense witness, a longtime resident of the Satilla Shores subdivision where Arbery was killed. After the defense played a 911 call from Gregory McMichael about seeing the people under a local bridge, Evelyn Lindy Cofer testified only that she’d seen a man under the same bridge while driving her boat through the creek.

Raisa Habersham is a watchdog and investigative reporter for Savannah Morning News. Contact her at [email protected] 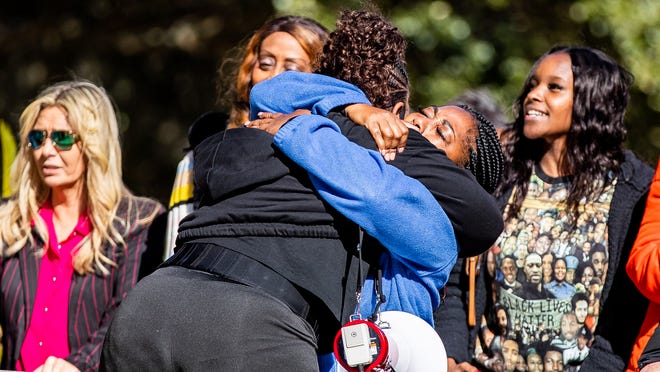