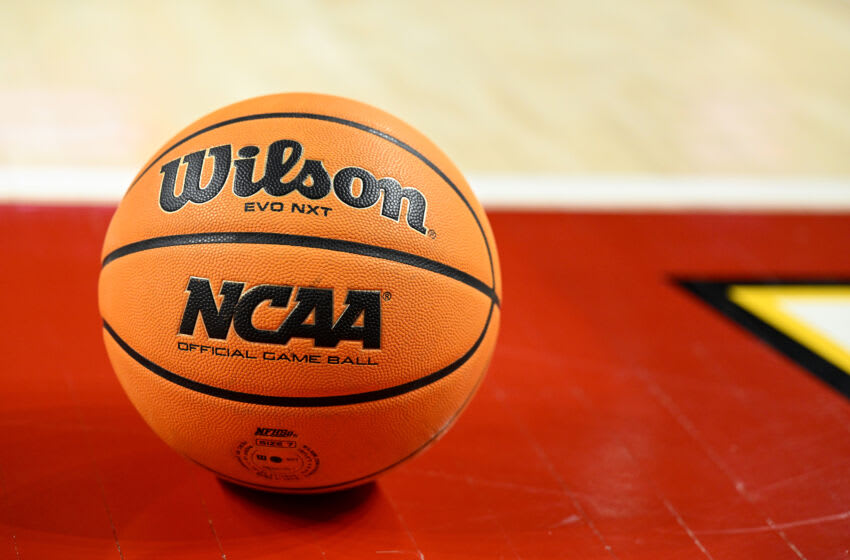 COLLEGE PARK, MARYLAND – JANUARY 15: The NCAA logo on a basketball during the game between the Maryland Terrapins and the Rutgers Scarlet Knights at Xfinity Center on January 15, 2022 in College Park, Maryland. (Photo by G Fiume/Getty Images)

Looking to start your college basketball career? There’s one program in the Midwest that could certainly use your help and is opening up tryouts.

The Indiana University–Purdue University Indianapolis (often shortened to IUPUI because try saying that full name five times fast) men’s basketball team isn’t having a good time this year. Just flat out having a really bad season. And the Jaguars need your help.

Through their first 21 games this season, the Jaguars have only managed to win two games. That’s it. Two wins.

Sure, the Jaguars beat Spalding University and *checks notes* East-West University (a private school in Chicago that reportedly had 447 students enrolled in 2019), but they’ve also lost 19 games and are being outscored by an average of 15.1 points per game.

And so, it makes sense that IUPUI would put out a call to get some help. This team is hoping to turn things around and maybe enjoy the remaining few games on the schedule. As such, the Jaguars took to Twitter and announced that IUPUI would be hosting open tryouts for students who were interested and met a few very simple qualifications.

First, are you a full-time IUPUI student? If so, you can reach out to Aaron Evans at aajevans@iu.edu. Evans is listed as IUPUI’s Director of Operations.

Make sure you send Evans the following information:

NCAA IDIUPUI student ID numberA completed physical from the past six monthsProof of health insuranceMedical paperwork (this one is pretty vague, to be honest, but if you have medical paperwork and want to play basketball for the Jaguars, send it in an email)

The graphic from the tweet mentioned that interested parties could also email a few different assistant coaches. Roy Hairston can apparently be reached at rohairst@iu.edu while Tommy Strine can be contacted at tstrine@iu.edu and Antwain Banks can be reached at anlbanks@iu.edu.

The Jaguars need some help.

If you’re an IUPUI student and you enjoy playing basketball, maybe you happen to be exactly what they need to find some success down the stretch of the season.