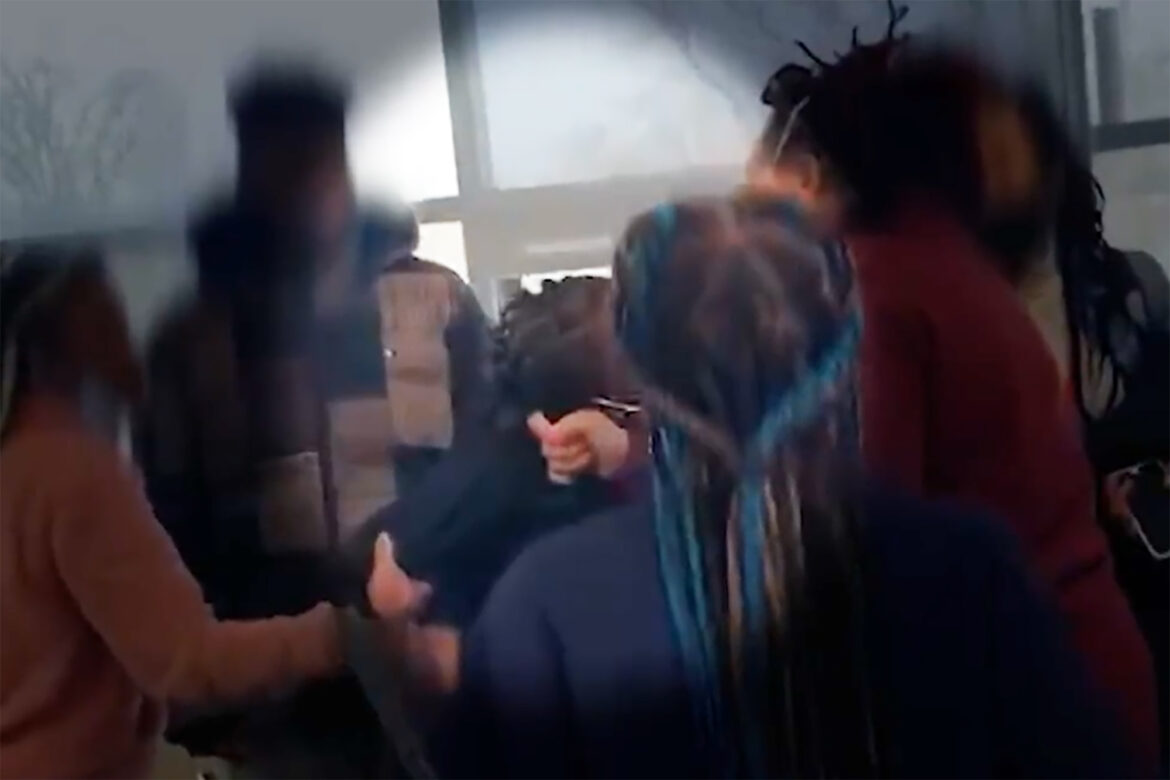 A teacher was arrested for allegedly pulling the hair of a 12-year-old student during an altercation at a Connecticut magnet school last week, marking the fourth teacher arrested in the district since November, according to reports.

Police responded to a reported assault at the King/Robinson Inter-district Magnet School in New Haven around 3:45 p.m. on Feb. 1.  During their investigation, officers said the student accused her teacher of pulling her by her hair, according to WTNH.

Jennifer Wells-Jackson, a 49-year-old veteran school teacher, was charged with risk of injury to a minor and second-degree breach of peace.

Video appears to show the teacher holding onto 12-year-old Destinique James’ hair behind her as several other students yell around her before she lets go.

The student was not seriously injured and declined medical attention, police said.

The student’s mother, Destine James, told WTNH she is disgusted by the incident. Her daughter told her that the final bell of the day had just dismissed students when the altercation occurred.

Sources told the outlet that Wells-Jackson is a well-respected teacher and community activist, who served for years on New Haven’s Federation of Teachers.

New Haven Public Schools officials said the district takes the safety of its students very seriously, and that the district is fully cooperating with the investigation.

Wells-Jackson was released on a $20,000 bond and is expected to appear in court this week.

According to WTNH, her arrest marks the fourth teacher in the New Haven School District arrested since November.