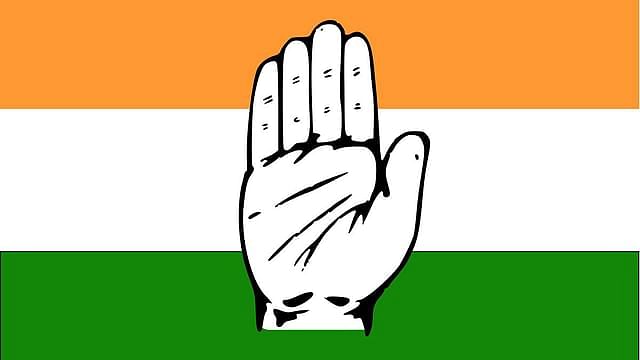 It will be clear on Sunday which direction the Punjab Congress controversy will take just before the polls. The central leadership of the Congress is to announce who will be the chief minister of the state if he wins the election. According to party sources, the incumbent Chief Minister Charanjit Singh Channi has been the loser so far.

Thus the Congress leadership decided that after the vote, the Chief Minister would be selected with the opinion of the members of the parliamentary party. A few days ago, in an interview, Priyanka Gandhi also hinted at the same. But Aam Aadmi Party (AAP) chief Arvind Kejriwal has changed the situation. With the ‘verdict of the people’, he announced the name of Bhagwant Singh Mann as the Chief Minister. Since then, the pressure on Congress has increased. One of the contenders for the Chief Minister’s post is Navjot Singh Sidhu, President of the Provincial Congress.

He has already announced the name of the Chief Ministerial candidate and has put extra pressure on the top leadership to contest the elections. After watching ‘Aap’, Congress leader Rahul Gandhi was also forced to announce the name of the future Chief Minister on ‘Janata Roy’. For that, the party has been taking comments on the phone for several days. Today the people are supposed to publish that verdict. Earlier, Sidhu had created new pressure.

Sidhu never hid the fact that he wanted to be the Chief Minister. He has made that desire clear since the time he declared rebellion against Chief Minister Capt Amarinder Singh. The central leadership had to struggle to handle him. In the end, Sonia-Rahul-Priyanka chose Charanjit Singh Channi. Although 33% of the people of the state are Dalits, no Dalit has ever been able to become the Chief Minister of Punjab. As such, the Congress made a great move by making Channy the Chief Minister. However, the party did not say whether Channy would be the next chief minister, fearing possible opposition and a split in the party before the vote.

But the choice of Dalit Bhagwant Singh Mann as the UP chief minister put the Congress under political pressure. Sidhu has multiplied that pressure many times. Earlier, he had said that the leaders of Delhi wanted to see a weak person as the Chief Minister so that he could listen to the leaders. Last Friday, Sidhu said, The Chief Minister should be someone who is ‘honest and whose past is spotless’. Sidhu raised the issue of honesty soon after Channi’s nephew was arrested on corruption charges.

Not only Sidhu, but also Hindu leader Sunil Jakhar, who is claiming the chief ministership. Sunil’s father Balram Jakhar was a Union Minister during the Congress era. He also became the Speaker of the Lok Sabha. According to the unwritten rules of Punjab politics, Sikhs have always been the Chief Minister. For that reason, just as Balram Jakhar could not become the Chief Minister, his son Sunil is also not being considered as the Chief Minister. In a recent interview, Sunil himself made it clear that he was the choice of most MLAs as Chief Minister after Amarinder Singh. Yet he was not given that honor.

The Congress thinks that if the Dalit Chief Minister is not picked as the Chief Minister, the Dalit vote will be fully up. Besides, non-cooperation from Sidhu’s side is inevitable if Channi is chosen. Though Manmohan Singh, Sonia and Rahul Gandhi are among those who will play a key role in campaigning for the Punjab polls, Manish Tiwari, a Lok Sabha member elected from the state