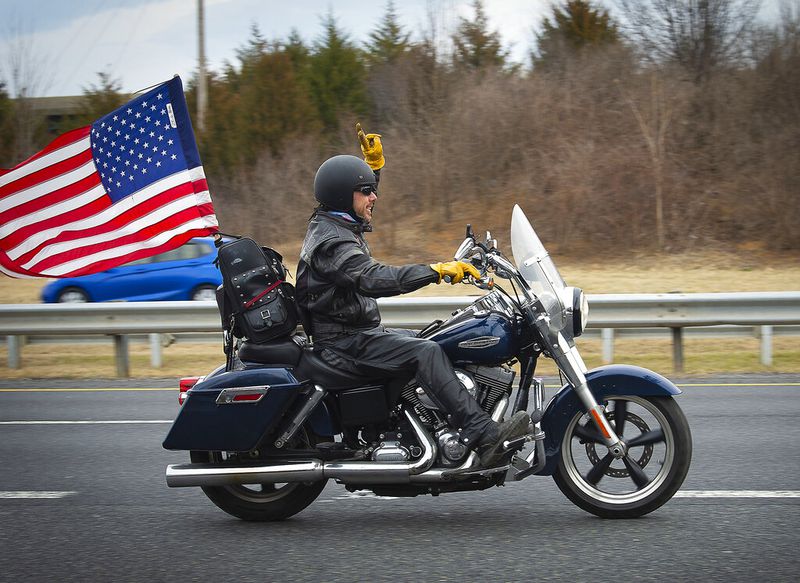 A large group of truck drivers who object to COVID-19 mandates drove two loops around the beltway surrounding Washington, Sunday, deliberately moving slowly to impact traffic and make their feelings known to lawmakers in the nation’s capitol.

People crowded onto overpasses, waving at the “People’s Convoy” and holding signs and American flags. Within the convoy, there were tractor-trailers with horns blaring and some recreational vehicles and pickup trucks occasionally going by, mixed with the normal traffic on Interstate 495 in Silver Springs, Maryland.

Many vehicles had American flags, while some flew Don’t Tread on Me banners.

Protesters staged at the Hagerstown Speedway in Maryland during the weekend before heading down a single lane of Interstate 81. Their plan was to drive onto the Capital Beltway, circle it twice and then return to Hagerstown.

A video posted on Twitter showed trucks passing under a large American flag hoisted in the air by two cranes. Supporters stood along a road waving as the drivers left the speedway.

Officials with state police in Maryland and Virginia have said they will monitor the activities.