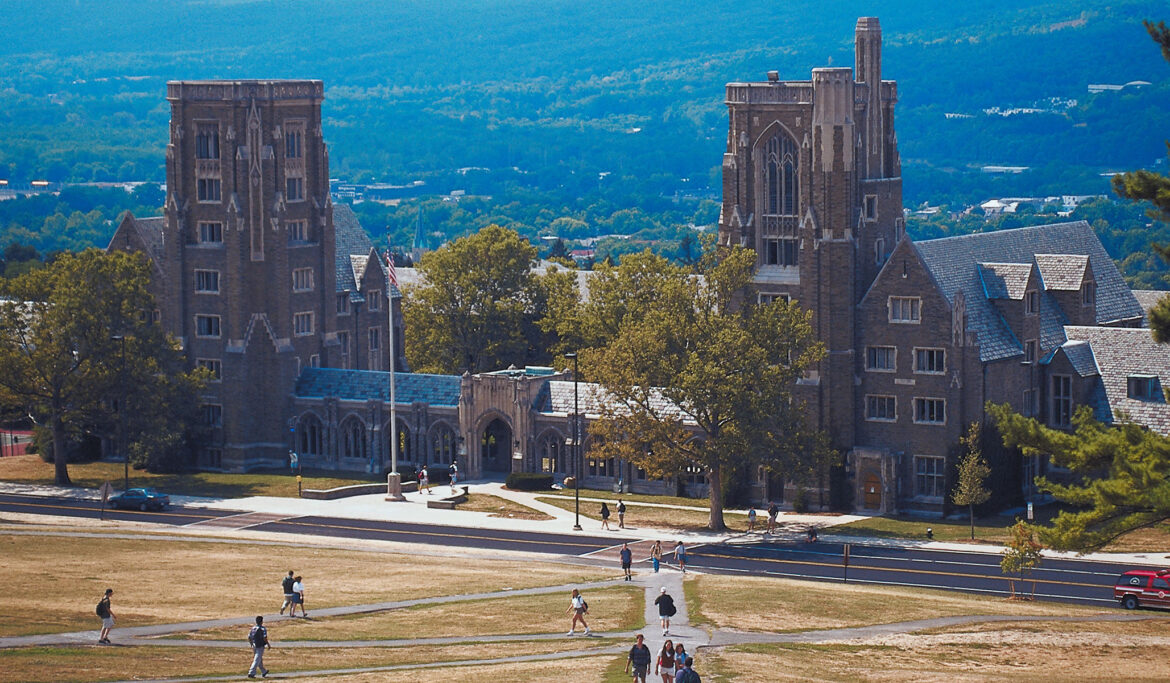 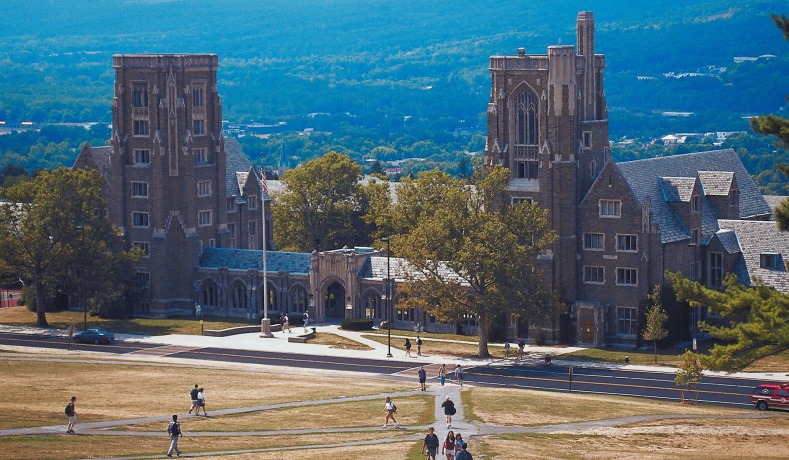 Students walk across the campus of Cornell University in Ithaca, N.Y. (Jupiterimages/Getty Images)

Cornell University is canceling its planned December graduation and moving final exams online in response to a rising caseload of students and community members testing positive for coronavirus.

“As a result, and out of an abundance of caution,” she continued, “the university is moving to Alert Level Red and announcing a number of immediate measures.”

Pollack called Omicron “significantly more transmissible than Delta and other variants,” but conceded that “there is some evidence (though far from certain) that it generally causes milder cases, particularly among vaccinated individuals.”

In the United Kingdom, only one person has been confirmed to have died after contracting the Omicron variant, despite the government’s estimate of hundreds of thousands of active cases.

Among the measures being taken by the university are the cancellation of all university sponsored events on campus, as well as the December graduation ceremony. In addition, Pollack declared that “students who have tested negative within the past 48 hours (Saturday or Sunday) and wish to leave campus are welcome to do so.” On the other hand, wrote Pollack, “any student who has not tested negative in the past 48 hours should get a supplemental test as soon as possible… Students are encouraged to stay in Ithaca, in their residences, until their test results are received, and severely limit interactions with others during that time.”

The language would seem to suggest that the university believes it within its power to prevent students from leaving campus, and perhaps reserves the right to punish students who leave without complying with Pollack’s instructions. Students familiar with the Covid-19 protocols at Cornell told National Review that such a rule would be unenforceable, and speculated that the phrasing was meant to scare students into following Pollack’s instructions.

Matthew Samilow, president of the Cornell University College Republicans, reacted to the news by lamenting the university’s outlook and tactics. “The university’s ‘zero covid’ strategy has largely failed and rather than formulating a plan to live with the endemic spread of the virus, Cornell has decided — during final exams — to impose the most disruptive restrictions since March 2020” said Samilow in a statement given to National Review.

An email signed by Provost Michael Kotlikoff and Vice President for Student and Campus Life Ryan Lombardi on Saturday had stated that the graduation ceremony and in-person exams would proceed despite the uptick in cases.

The university has not responded to a request for comment.