For Messi, and Argentina, the (extra) wait is worth it. 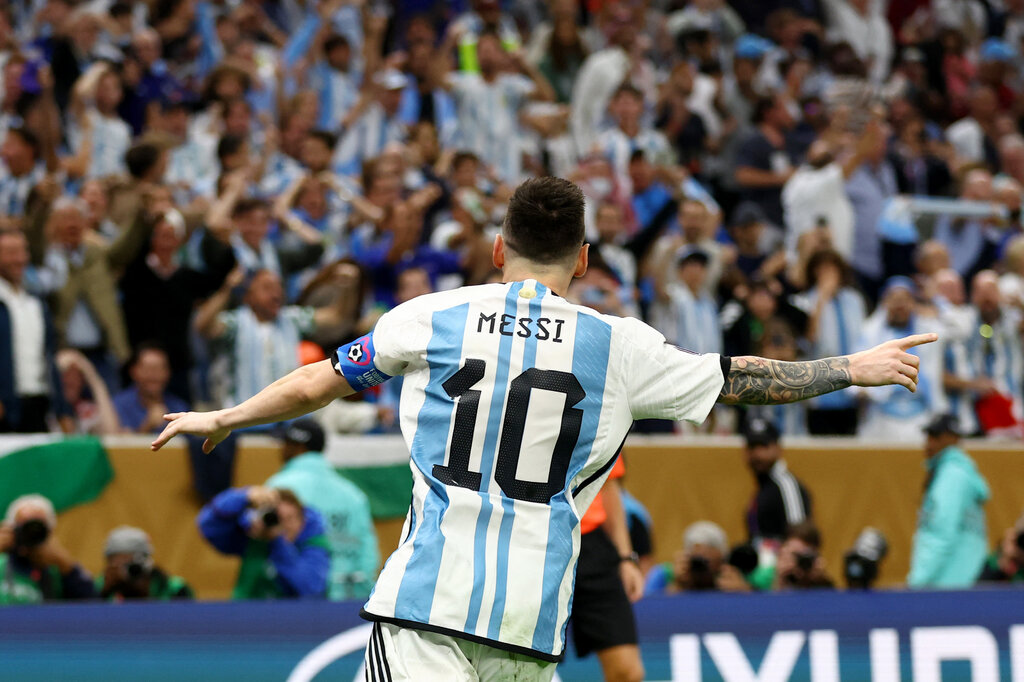 He had to wait until the end of the most extraordinary final in the tournament’s history, in which Messi offered a career-defining performance and was still, somehow, outdone by Kylian Mbappé, scorer of the first hat-trick in the biggest game there is for more than half a century.

Only then, at the last, was his wait, his agony, over. Only then did he deliver the World Cup, that precious third star, to Argentina, cementing his claim to be the greatest player to have ever played the game.

The emotion that has accompanied Argentina on its journey to the final has been so raw, so volatile that it seemed inevitable that the final step on the road would have to be taut and frenetic and angst-ridden. There was, after all, some 36 years of history, as well as the defining legacy of Messi’s career, at stake. That carries an enormous weight. 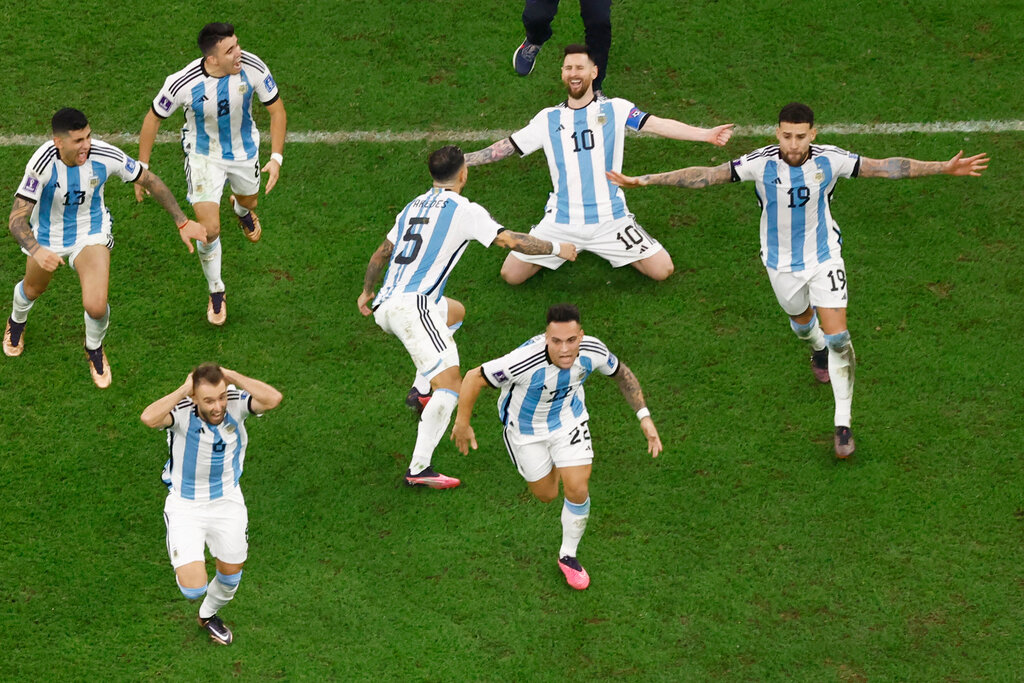 When the time came, though, Argentina seemed to shoulder the burden lightly. Where France seemed slack, uncertain, Lionel Scaloni’s team was crisp, purposeful. Ángel Di María, restored to the team, tormented Jules Koundé on Argentina’s left; Messi prowled around, drawn by a radar he has honed over the last two decades to be wherever he could cause most trouble.

By halftime, Argentina’s supremacy had been first established and then reinforced. Di María, the game’s outstanding attacking threat, had drawn a distinctly soft penalty for a foul by Ousmane Dembélé; Messi had duly converted, his teammates swamping him as Argentina’s fans melted in delight.

What came next, though, was this team’s masterpiece: five passes, played in the blink of an eye, sweeping Argentina from one end of the field to the next, culminating in a goal that is the equal, at least, of any scored in a World Cup final in the last half a century.

Di María finished it, and there were starring supporting roles for Alexis Mac Allister and Julián Álvarez, but it hinged on a single, silken touch from Messi, standing on the halfway line, a moment of alchemy that took the most ordinary of materials and turned them into something golden.

And that, at the time, seemed to be that. This has been a curiously passive French team for much of the tournament, outplayed in the quarterfinal by England and for substantial parts of the semifinal by Morocco. The control that was the hallmark of its triumph in Russia four years ago was notably absent; this seemed to be a team living uncomfortably close to the edge.

Deschamps did what he could to claw his team back into the game, removing both Dembélé and Olivier Giroud before halftime, equal parts bold, decisive action and sheer, blind panic. It made little difference. France barely landed a blow on Argentina. Time seemed to be ticking away on its reign as world champion.

It took precisely two minutes for everything to change, for all of Argentina’s painstaking work in this game, in this tournament, to fall apart. Nicólas Otamendi, the grizzled central defender, misjudged a fairly straightforward pass, allowing Randal Kolo Muani, one of France’s roll-of-the-dice substitutes, to slip clear; as he recovered, he bundled the forward over. The French had a penalty, converted by Mbappé, and a glimmer of hope.

Argentina was still regaining its composure when the hammer blow arrived: Messi himself caught dawdling on the ball, a clever touch from Marcus Thuram, and a fierce, first-time volley from Mbappé, fizzing past Emiliano Martínez’s despairing grasp. Argentina’s players slumped, the breath drawn out of their lungs. They had been so close, and in an instant they were as far as ever. 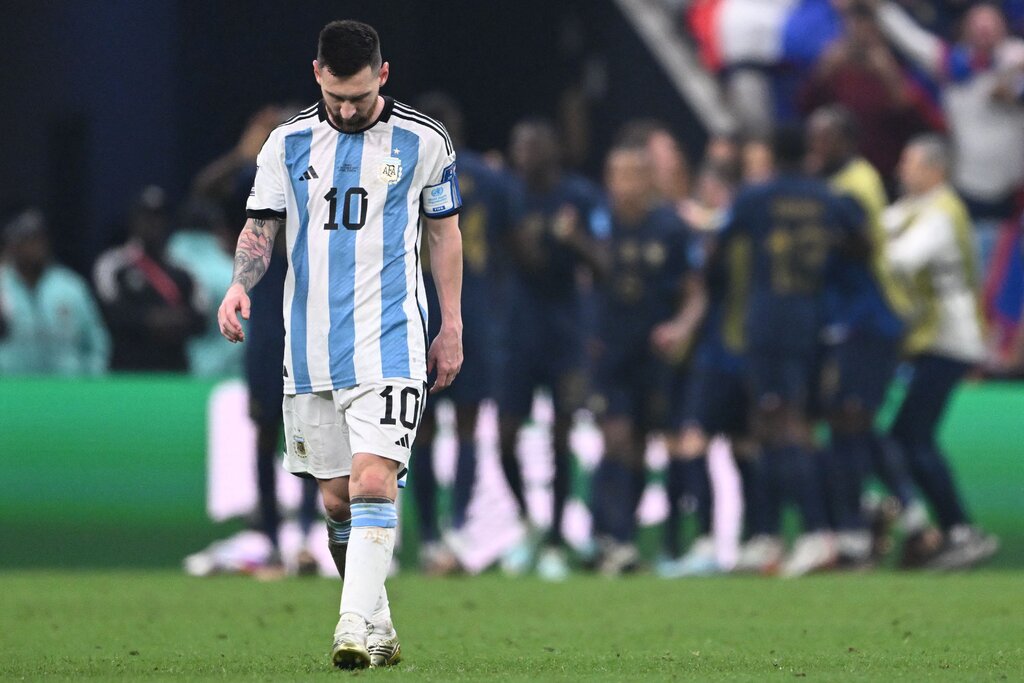 For a while, it seemed as though Argentina’s hopes could extend no further than making it to extra time, and then hanging on for penalties. Messi, though, intervened once more, unwilling to accept an ending he had not written. When Hugo Lloris blocked a shot from Lautaro Martínez, there was Messi to drive the ball home.

He celebrated, then, as though he knew just how close he was, his team was; he had not reckoned with Mbappé’s own determination to be the master of his own destiny. His shot was handled by Gonzalo Montiel; with 117 minutes played, he stepped up to take the penalty, to complete his hat-trick in a World Cup final, to ensure the game went the distance, to the sweetest, cruellest conclusion imaginable.

Mbappé scored. Messi scored. But Kingsley Coman and Aurelién Tchouámeni did not, and that left Montiel, the right back, to take the shot that would echo through the ages. The roar that Argentina’s fans emitted when the ball struck the back of the net seemed to pierce the sky. Messi sunk to his knees, clasping his teammates close, his wait over, at last. 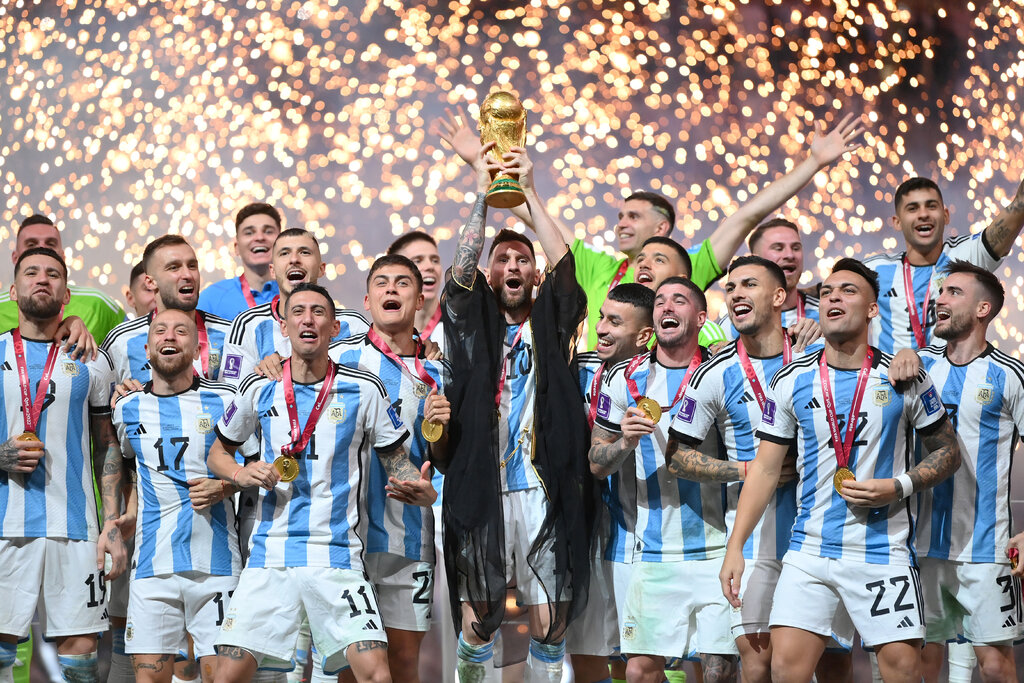 After the intense celebrations here, the crowd at Centenario Park in west Buenos Aires has been standing together, mostly quiet, watching the trophies be awarded. A sea of faces, smiling, relieved, elated. Kids on shoulders, adults in trees, a large group hanging on a fence for a view. Watching Messi get handed the trophy, Federico Polo, 19, said, “It’s the closure we all needed.” 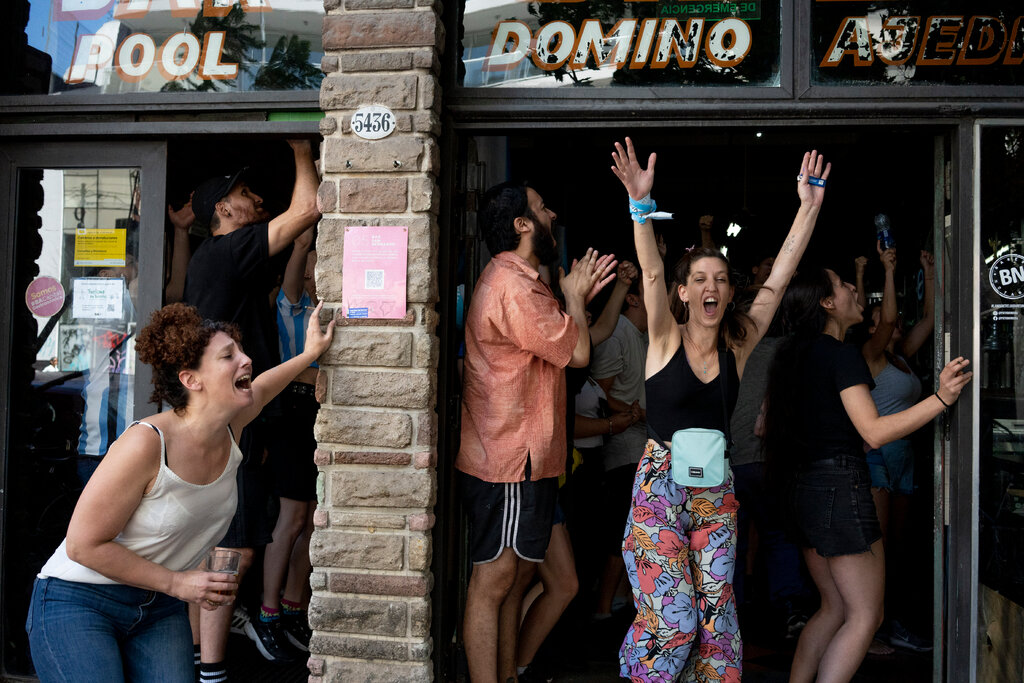 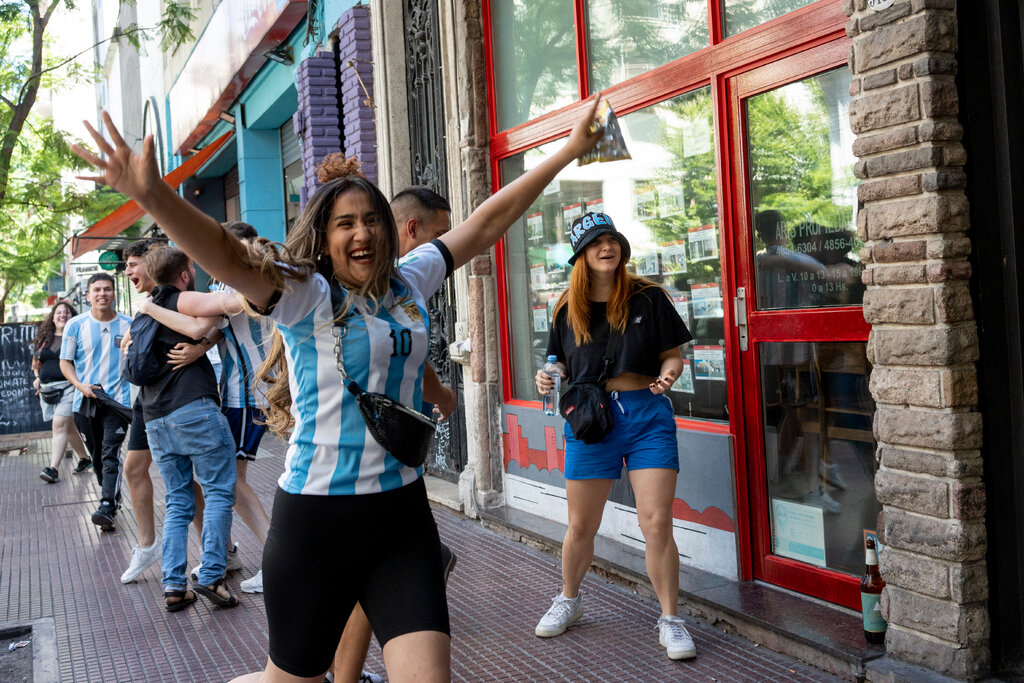 Here comes the sound. Messi follows Scaloni onto the stage and gets hugs from the royalty, soccer and otherwise, and now waits by the trophy for Infantino and the emir. The emir puts an Arab robe over his shoulders, and Messi is rubbing his hands together now. He wants the trophy. Infantino holds it just a beat too long, of course, but Messi has it now, rubbing its top like the head of a new baby.