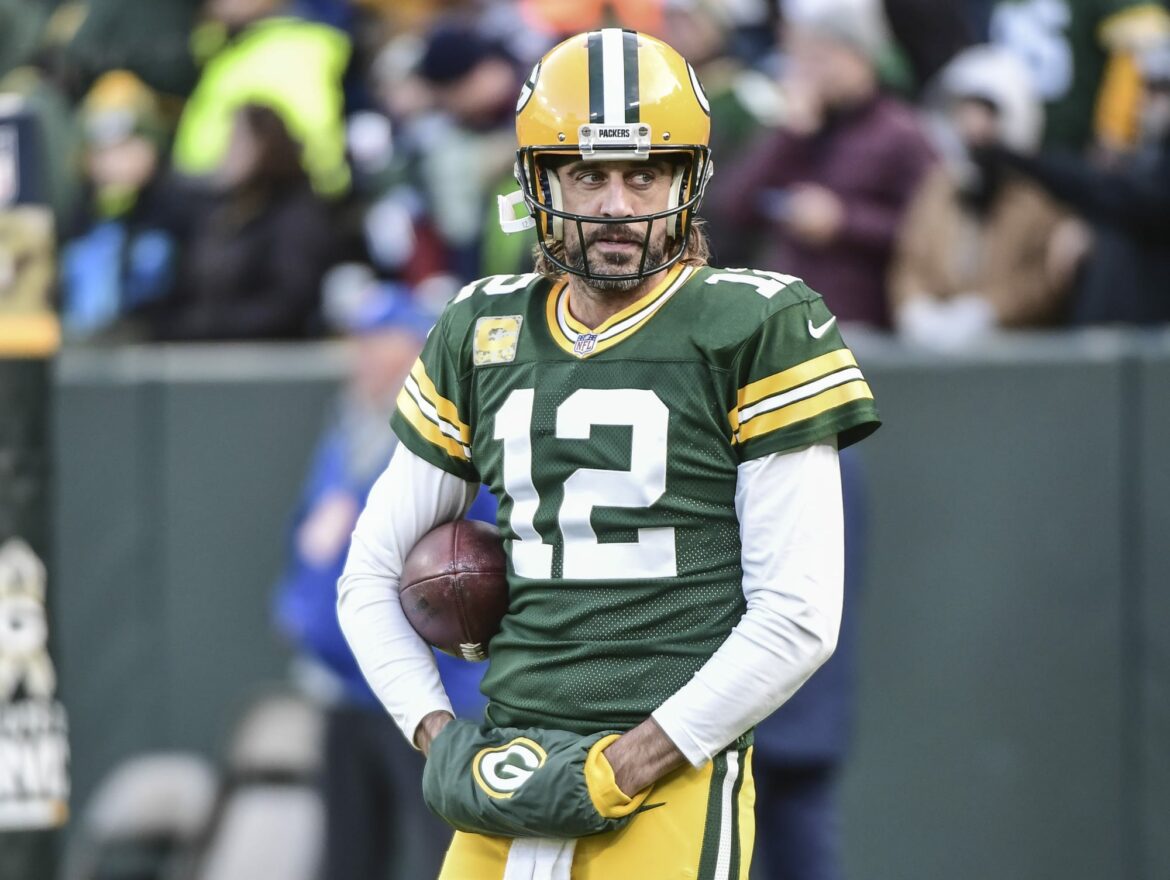 It’s certainly been a tumultuous 2021 season for Aaron Rodgers with the Green Bay Packers, even if the Cheeseheads are thankful that their quarterback returned to the team for the year amid rampant offseason speculation regarding a trade.

Between his positive COVID test, his resulting comments, and even the looming possibility that he could still leave after this season, the Packers‘ success after an 8-2 start has still led to some unrest in Green Bay.

To the credit of the organization, though, they have seemingly tried to remedy some of Rodgers’ complaints that led to the narrative that he was on his way out in Green Bay. Not only were they invested in trying to sign wide receiver Odell Beckham Jr. upon his release from Cleveland, but they involved the quarterback in the process, as he noted on Tuesday appearing on the Pat McAfee Show:

Aaron Rodgers says on @PatMcAfeeShow that he had some honest conversations with Odell Beckham Jr about joining Green Bay, but he ultimately picked LA. The front office kept Rodgers in the loop and he appreciated that.

With things seemingly changing in the ways that Rodgers previously had gripes about, is it possible that his future could still lie in Green Bay?

Will Aaron Rodgers stay with Packers beyond 2021?

One thing that’s been obvious throughout the 2021 season is that Rodgers still cares a great deal about his teammates and the fans in Green Bay.

Alone, that’s probably not enough to entice Rodgers to remain with the Packers beyond this year.