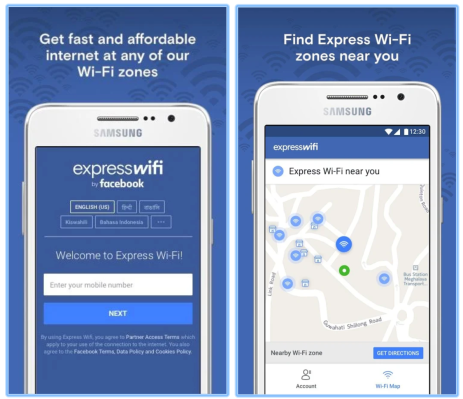 Countries in sub-Saharan Africa have been worst-affected by Meta’s plan to discontinue its low-cost Express Wi-Fi internet, launched five years ago to drive connectivity in underserved regions.

Meta (formerly Facebook) quietly issued this notice saying that it plans to wind down the program later this year. In countries like Kenya, however, the service has been off since mid-December 2020.

Other countries where Express Wi-Fi had a reach include Malawi, Burkina Faso, Guinea and Senegal, among the over 30 countries across Africa, Asia and South America where the program was live.

“After more than five years in operation, we are planning to wind down our Express Wi-Fi program. Together with our partners, we helped expand public Wi-Fi access for people in more than 30 countries via the Express Wi-Fi platform. While we are concluding our work on this program to focus on developing other projects, we remain committed to working with partners across the telecom ecosystem to deliver better connectivity,” said Meta in the notice.

“As we conclude our work on the program later this year, we’ll work closely with Express Wi-Fi partners to help minimize the impact to their businesses and their customer’s connectivity.”

The social media giant worked with partners including ISPs and mobile network operators to connect people, through wifi hotspots, in public places like markets and facilities such as schools, in rural and urban regions. The partners would set the price of the internet bundles sold by retailers or agents.

The program was envisioned to bridge the internet gap across emerging markets like Africa, where connectivity is lowest across the globe. Currently about 28% of the population in sub-Saharan Africa is connected to mobile internet according to the 2021 GSMA mobile economy report. In comparison, the connectivity in other regions like Europe, stands at over 80%. Meta’s ambitious Express-Wifi project was meant to bridge this internet gap. In what seems like a change of tact, Meta is now extending its 45,000Km 2Africa subsea cable across Africa, Europe and Asia as part of its low-cost internet strategy.

Google is also building Equiano, a sub-sea cable that will cut across South Africa, Namibia, Nigeria and St Helena, connecting Africa and Europe. It is expected that connectivity will grow as more internet infrastructure is built.

The International Finance Corporation (IFC) estimates that Africa’s internet economy has the potential to reach $180 billion, accounting for 5.2% of the continent’s GDP by 2025, driven by a growing digital consumption, rising urbanization, and quickening smartphone penetration.