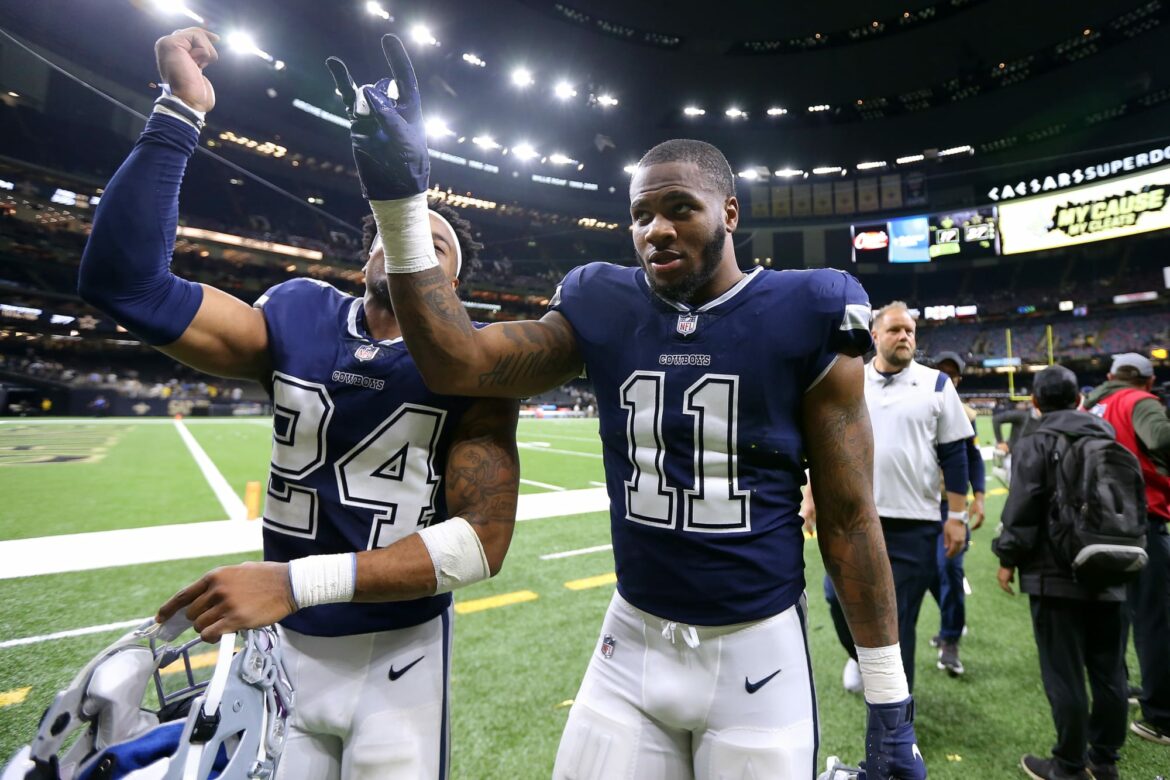 NEW ORLEANS, LOUISIANA – DECEMBER 02: Micah Parsons #11 of the Dallas Cowboys and Kelvin Joseph #24 wave to fans after a game against the New Orleans Saints at the the Caesars Superdome on December 02, 2021 in New Orleans, Louisiana. (Photo by Jonathan Bachman/Getty Images)

Some worry has arrived for the Dallas Cowboys, as they’ve added star linebacker Micah Parsons to the injury report ahead of Sunday’s game with Washington.

For the Dallas Cowboys, linebacker Micah Parsons is looking like the runaway option to win Defensive Rookie of the Year. No. 11 has been nothing short of outstanding. Right now, though, folks are concerned if he’ll be able to hit the field for Week 14.

On Thursday, Dallas announced that Parsons has been added to the injury report with a bum hip. With the Washington Football Team on the schedule for Sunday, it’s now up in the air if the talented ‘backer will be good to go.

Micah Parsons could end up missing the Dallas game at Washington

What should give Cowboys fans hope here is that Parsons was listed as a limited participant. It’d be a completely different story if he wasn’t able to at least get in a little bit of action. Having said that, we’re going to have to wait and see if Parsons can get in a full practice in the next few days.

Dallas is riding high right now after they took down the New Orleans Saints last Thursday night. This team feels like a virtual lock to win the NFC East, though Washington is hoping to have a monster say in that. A WFT win on Sunday really could spice up the division.

While Mike McCarthy is basically guaranteeing a win for the Cowboys on Sunday at FedEx Field going up against Washington, this has what it takes to be quite the matchup. Things will only be made more difficult for the Cowboys if Parsons can’t go. We’ll be monitoring this situation closely leading up to Sunday’s highly-anticipated kickoff between the two rivals.