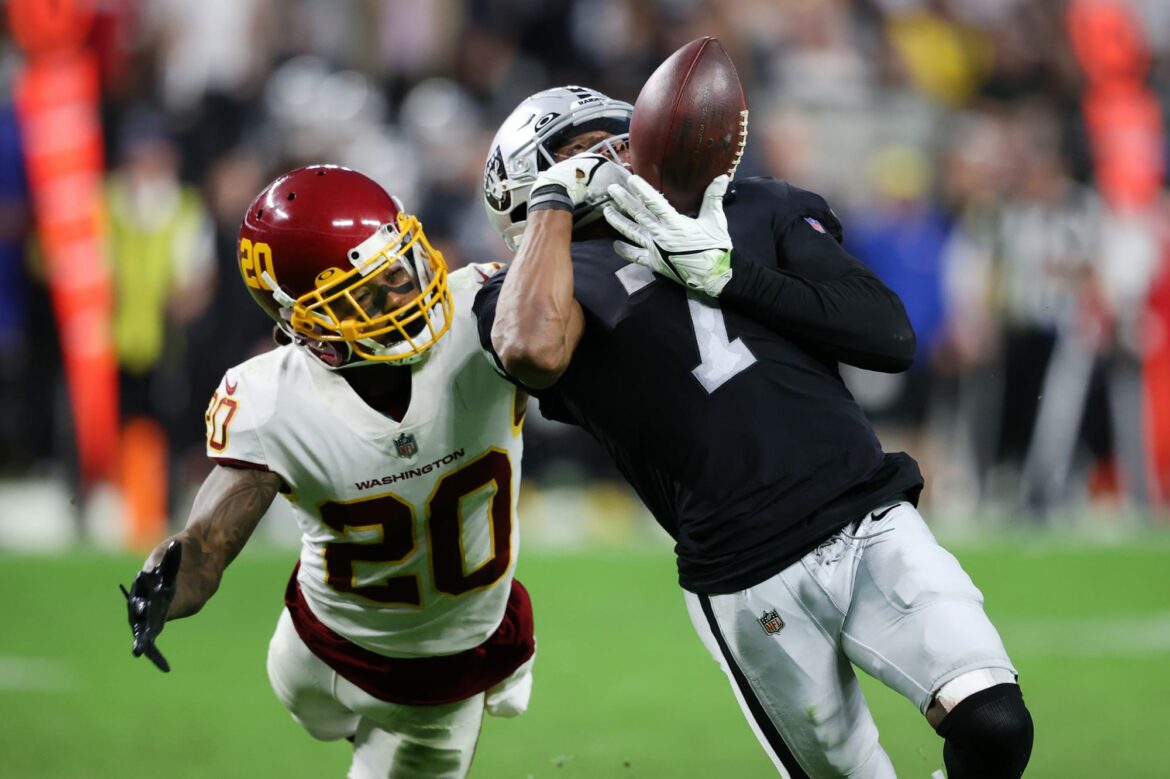 The Raiders should be upset that a WFT defender got away with pass interference on the biggest play of the game, but Cowboys fans should be just as angry.

Whenever the Dallas Cowboys faced the Raiders on Thanksgiving Day, they couldn’t stop drawing pass interference penalties. Cornerback Anthony Brown alone was called for four such infractions totaling 91 yards, including an ultimately decisive call in overtime. Some of those calls were warranted while others were questionable at best.

So imagine then watching a division rival such as the Washington Football Team play the same Raiders and experiencing a completely different outcome from the refs, particularly on the biggest play of the game.

After WFT took a two-point lead, Las Vegas had the chance to drive down the field and retake the lead, albeit with little time remaining. Derek Carr then seemingly had a deep shot to Zay Jones open but a Washington defender tugged on the jersey and seemingly impeded the wide receiver. When the pass fell incomplete, though, there was no laundry on the field for a PI call.

The Cowboys and fans have to be livid that Washington can get away with what looks like a pretty blatant pass interference penalty while they were flagged for nearly everything against the Raiders.

To be sure, Raiders fans should be mad in their own right as the no-call cost them the game.

With that being said, the Cowboys watched arguably their biggest challenger in the NFC East get a win over a team that they lost to — largely because of a DPI call — due to the fact that the Football Team didn’t get flagged on a crucial play. That’s absolutely infuriating.

If there’s any solace to take, though, Dallas still maintains a two-game lead in the division after moving to 8-4 with a win on Thursday night. Still, the refs not throwing a flag against the WFT defensive back has to feel like some unfair officiating.