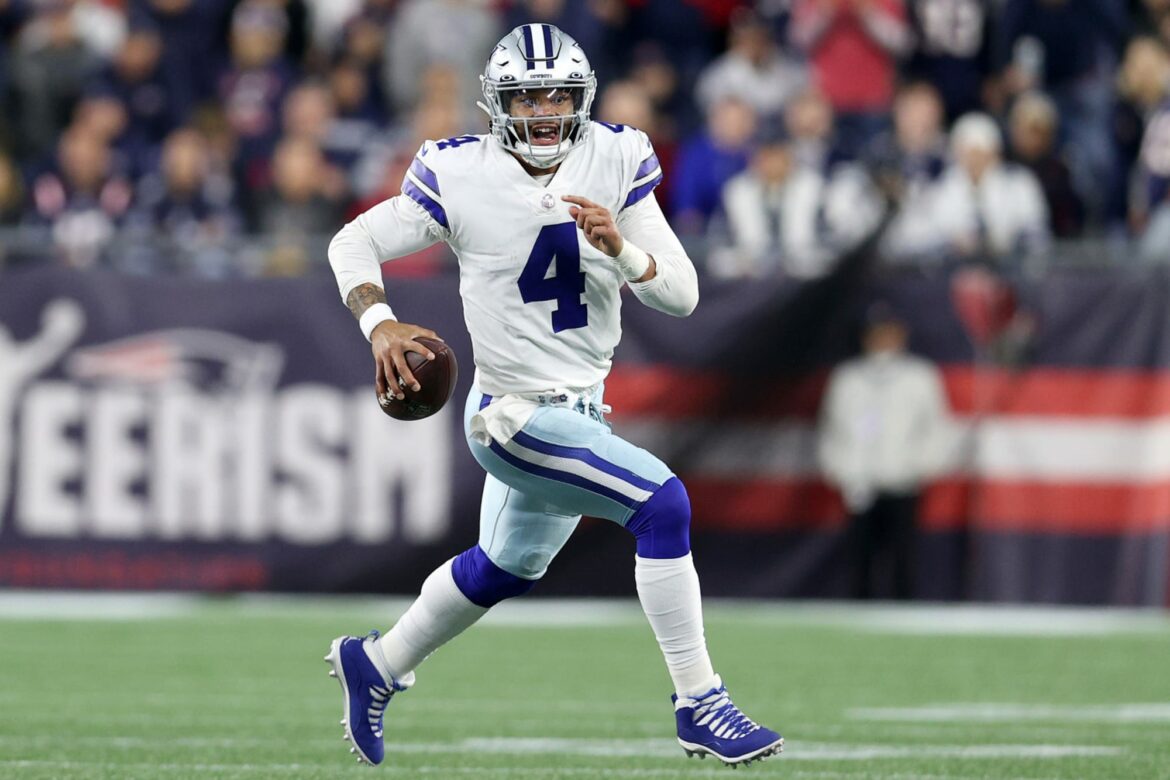 Dak Prescott wants to play against the Minnesota Vikings on Sunday, but it may not make sense to push his limits.

It’s without question that playing Prescott gives the Cowboys the best chance to win this weekend, but even he understands the decision is out of his hands.

“Knowing this is a long journey and a long season, I don’t necessarily know if this is fully my decision, but I’m just going to keep controlling the things I can to get better,” Prescott said Thursday. “I’ve gotten better each and every day, and that’s what is most important. I’m just focused on doing that again tomorrow.”

Dak missed the majority of last season with a broken ankle, so Cowboys fans know all too well what it’s like to be without Prescott long-term. Dallas will avoid that fate at all costs.

The Cowboys are expected to have a better idea by Saturday whether or not Prescott will be able to play. For now, they’ve listed Dak as questionable, which doesn’t do us much good.

The #Cowboys list QB Dak Prescott as questionable with a calf injury after being limited in practice.

Considering he’s one season removed from a serious injury, Prescott has placed a lot of trust in the Cowboys medical staff as to certain thresholds he needs to pass before Sunday.

“They didn’t tell me which ones I’ve got to pass,” Prescott said. “Obviously I trust myself, trust my body, trust what I’m thinking, but also I trust the coaches and Britt, Jim [Maurer] and the whole training staff. We’ve put a lot into this. I’ve put a lot into my body and taking care of myself.”

Expect the Cowboys to proceed with caution, and if there are any blips on their radar leading up to Sunday, they’ll sit Dak. Cooper Rush has taken reps with the starters all week in practice, so he’ll be ready just in case.