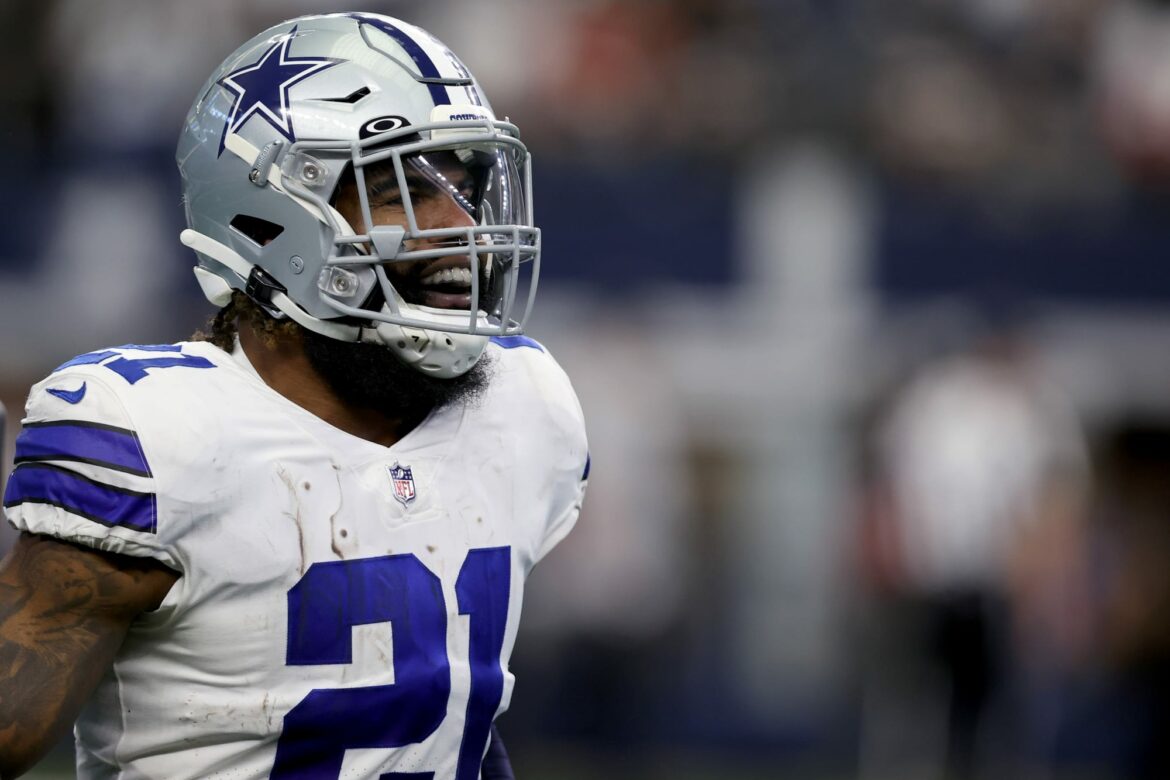 The Dallas Cowboys are likely to play Ezekiel Elliott the rest of the way, which is actually bad news given by Jerry Jones.

Zeke has been dealing with a knee injury for seemingly weeks, and rather than giving him time off, they’ve merely been making the ailment worse. To be clear, this isn’t Elliott’s fault. He’s been given direction from the Cowboys coaching and medical staff.

Despite further comments on his ailing knee by Elliott after the Cowboys’ Thursday night win, Jerry Jones is convinced he won’t miss any time.

“His trainers, the people that are the closest to his health, his medical situation, they think he’s really good to go,” Jones said, via the Dallas Morning News. “And, so, I don’t see after a 10-day rest here, you know, a lot of times, if you can get through games, if you can push on, then that’s better for you than sitting it out. You actually, if you have an issue, it improves if you’re able to get through and not injure it more. He certainly didn’t injure anything more last night. So, I really look forward to a powerful and dynamic Zeke as we move on into this last part of the season.”

Now, if the Cowboys had no player capable behind Elliott, forcing him into action would at least be semi-understandable. Yet, the Cowboys have a multiple-game cushion in the NFC East AND Tony Pollard has been phenomenal all season.

In fact, some assume he’s better than Elliott and a potential replacement if the Cowboys so desire.

Pollard averages 5.6 yards per touch, which included a 58-yard touchdown run on Thursday night. What more do Jones and the Cowboys need to see?