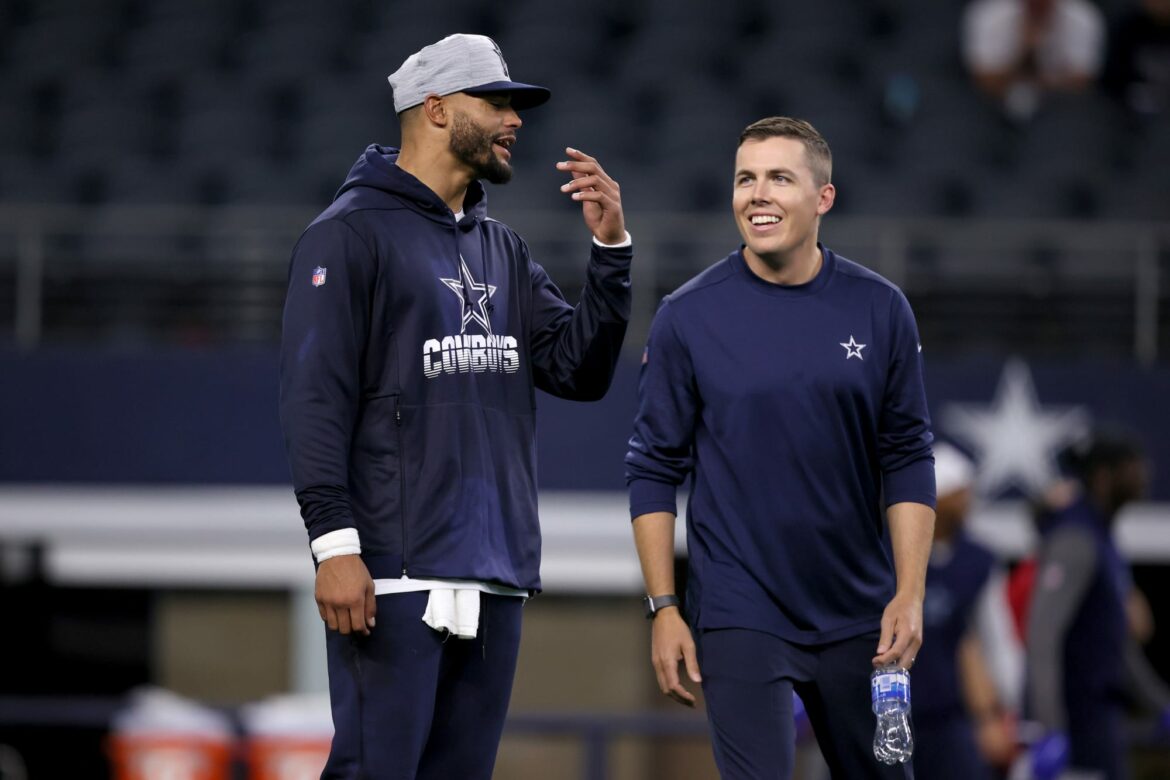 Even though the Cowboys secured a commanding 41-21 win on Monday night, it wasn’t the score it should have been.

While aerial photos proved that Prescott made it over the line, Cowboys offensive coordinator Kellen Moore offered a creative solution to prevent the issue in the future.

It wasn’t Moore’s only display of creativity in Dallas’ powerful primetime win: the clever offensive coordinator is already getting attention as a potential future NFL coach. To add insult to injury, the Eagles actually interviewed Moore for their head coaching vacancy, but it eventually went to Nick Sirianni.

After a losing 6-10 season without Prescott, the Cowboys are bouncing back in 2021 with a 2-1 start. Their only loss came at the hands of the Tampa Bay Buccaneers in the season opener, but since then, the Cowboys have enjoyed two straight wins over the Chargers and Eagles.

On Monday, Prescott only missed five of 26 passes, which culminated in 238 yards and three touchdowns. The run game is up and running too, with running back Ezekiel Elliott resembling his former self with 95 rushing yards and two touchdowns.

And Moore’s chip idea wouldn’t be the first time technology has revolutionized NFL officiating. By installing Bill Belichick’s pylon cameras, the NFL has been able to review game footage and determine touchdowns in a way that was never possible before.

While the Cowboys didn’t get the score this week, Moore’s innovation could prevent a mistaken call like this from changing future NFL game outcomes.