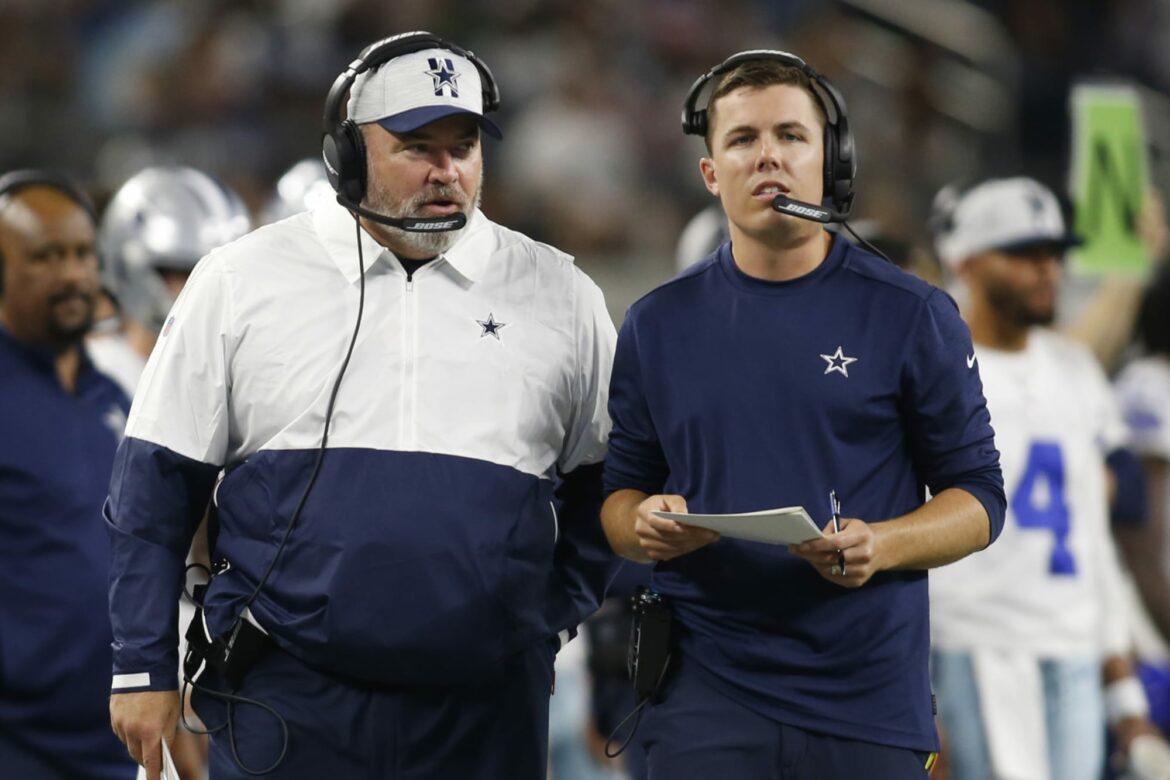 With Mike McCarthy out due to COVID-19, the Dallas Cowboys opted to assign Dan Quinn the role of interim head coach. They missed the mark.

Quinn has some head coaching experience, previously with the Atlanta Falcons. So on the surface, it makes sense that the Cowboys would want someone who has been there, and done that, to take over for McCarthy in this one-game scenario.

“Obviously he has the head coaching experience of being on the field and has also called a defense and managed a game,” McCarthy said. “I think that Dan being down there, as far as our normal network of game management, clock management, all those things will be in place.”

Yet, despite all of that, the Cowboys are missing an opportunity to see what they have in Kellen Moore.

Moore is just 33 years old, so he’s relatively young and inexperienced. Yet, he’s received some interest for head coaching gigs.

The former Boise State quarterback set all kinds of college passing records, though his career never quite translated to the professional level. That hasn’t stopped him from making a tremendous impact as a coach, however.

The Cowboys offense has improved immensely under Moore, minus his time without a reliable passer when Dak Prescott went down last year. Assuming he can enter a decent offensive system, there’s no telling what Moore is capable of with a full arsenal of weapons and assistant coaches at his disposal.

And who knows? With Moore a potential coach-in-waiting both in Dallas and elsewhere, the Cowboys should’ve given him this opportunity to prove he can handle the stresses of being a full-time head coach. Instead, they’re going with Quinn.

But let’s not kid ourselves, Quinn isn’t the next head coach of the Cowboys, regardless of how things turn out. Moore, meanwhile, has some potential down the line.