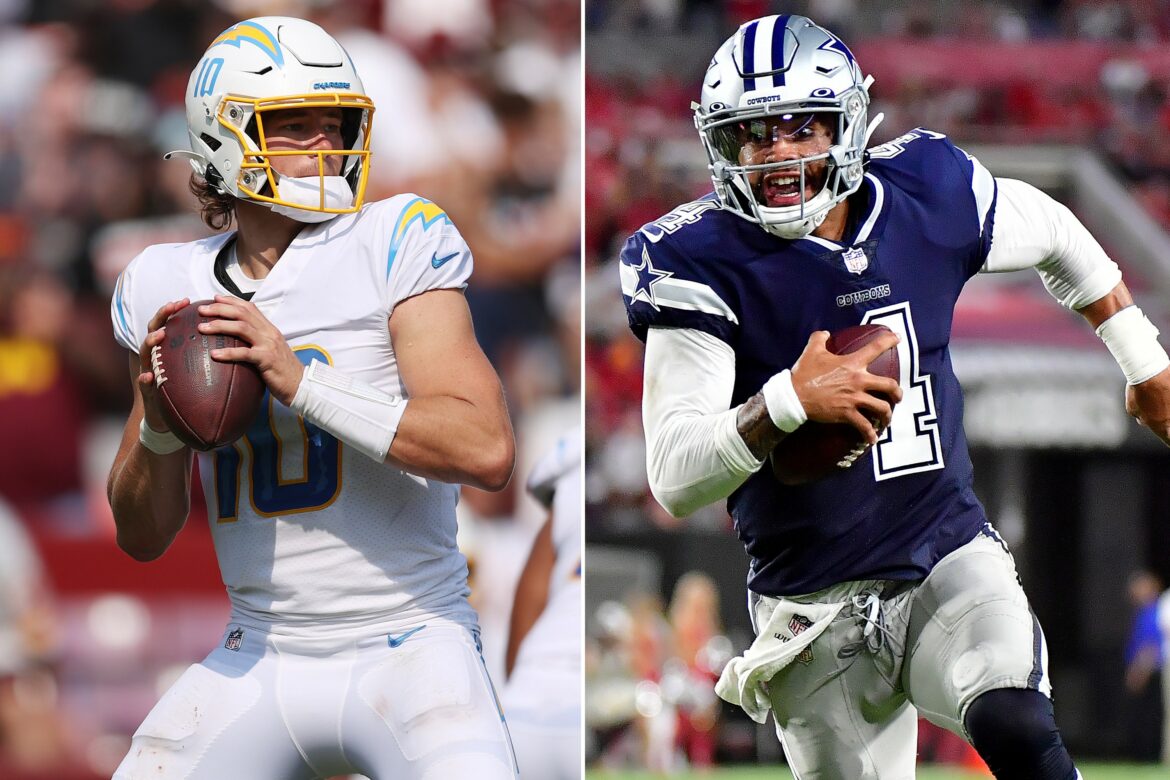 A lot of the line adjustments make sense based on what we saw in Week 1, but we try to attack the ones that don’t. The advance line for this game was Chargers -1.5. We all know the Chargers beat Washington, 20-16, but I actually thought the Cowboys’ 31-29 loss to the Buccaneers was a more impressive performance. I thought this line would go to pick ’em, but it went the other direction as oddsmakers reopened the Chargers at -3 last Sunday, and it’s been as high as 3.5. I won’t complain and will gladly take the extra points with Dak Prescott & Co.

The advance line on this game was Bills -2.5. The Bills lost, 23-16, at home against the Steelers while the Dolphins beat the Patriots, 17-16, on the road. Granted, Buffalo’s opponent was tougher, but you’d still think this line would stay the same if oddsmakers didn’t see a need to lower it. Instead, it’s been pushed through the key number of 3. I’m sure this is because the public is expecting the Bills to bounce back and be the AFC East leaders everyone expected them to be, but I’ll take the Dolphins plus the hook. They can keep this close like they did last September in a 31-28 home loss. Hopefully it’s hot and humid for the visitors from Buffalo.