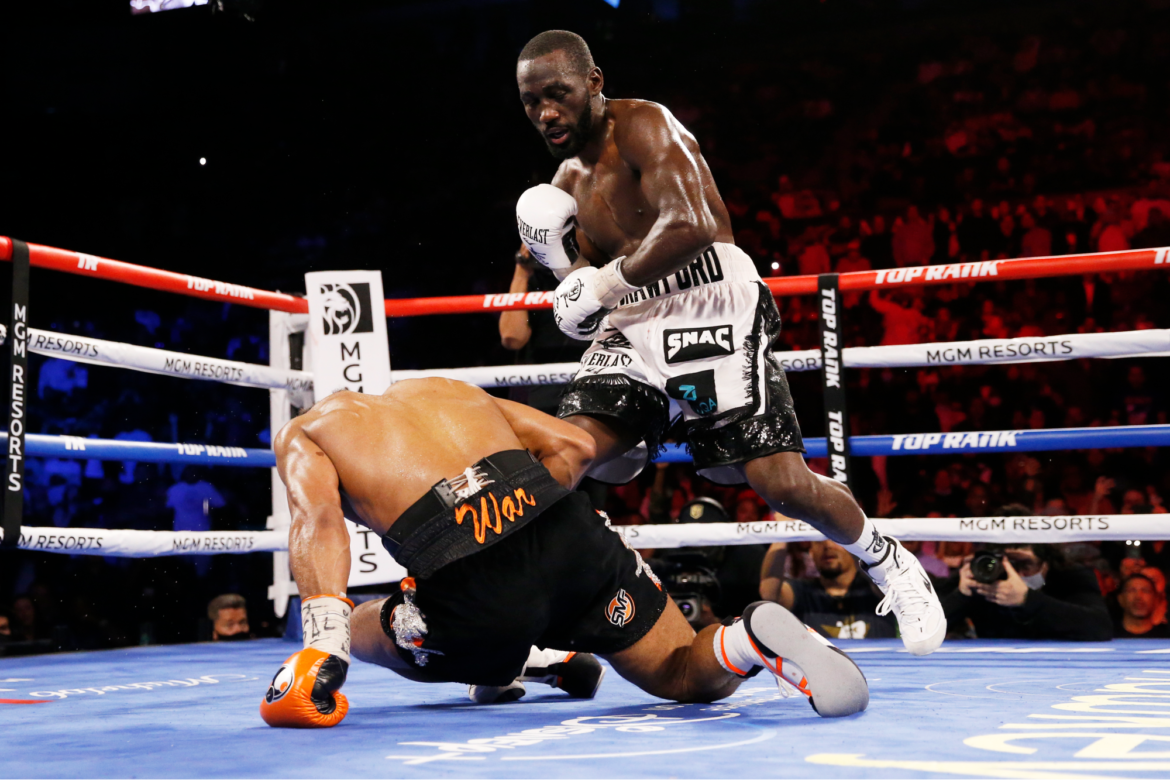 LAS VEGAS — Terrence Crawford stopped Shawn Porter in the 10th round by technical knockout Saturday night in one of the most anticipated bouts of the year.

Crawford (38-0) retained his WBO welterweight title and extended his streak of stoppages to nine in front of a sold-out crowd of 11,568 at Mandalay Bay.

Crawford knocked down Porter early in the 10th round with a left uppercut and then delivered an exclamation point with a devastating right hook to the temple, followed by a left hook to the face.

Porter’s trainer and father, Kenny, threw in the towel and called for referee Celestino Ruiz to stop the fight. Porter stunned reporters by announcing his retirement from boxing at his post-fight press conference.

“I know I caught him with a good uppercut and then when I caught him with another left hook clean in his face that he was real hurt and his dad did the right thing by stopping it because I was coming with a vengeance,” Crawford said. “I didn’t really want to fight him. We always said we would fight each other when the time was right and I guess the time was right for this fight to happen.”

Terrence Crawford knocked down Shawn Porter in the 10th round with a left uppercut, sealing the fight with a right hook to the temple, followed by a left hook to the face.AP

Crawford was ahead on all three of the judges’ scorecards at the time of the stoppage. Dave Moretti and Steve Weisfeld had Crawford leading 86-85, while Max De Luca had him ahead 87-84.

Porter (31-4-1), who has risen to become a legitimate top-five welterweight, and was easily the best opponent of Crawford’s career, displayed relentless aggression in the early rounds.

Crawford’s switch-hitting flex didn’t necessarily work when he turned to southpaw early in the fight, as Porter adjusted accordingly and connected often. 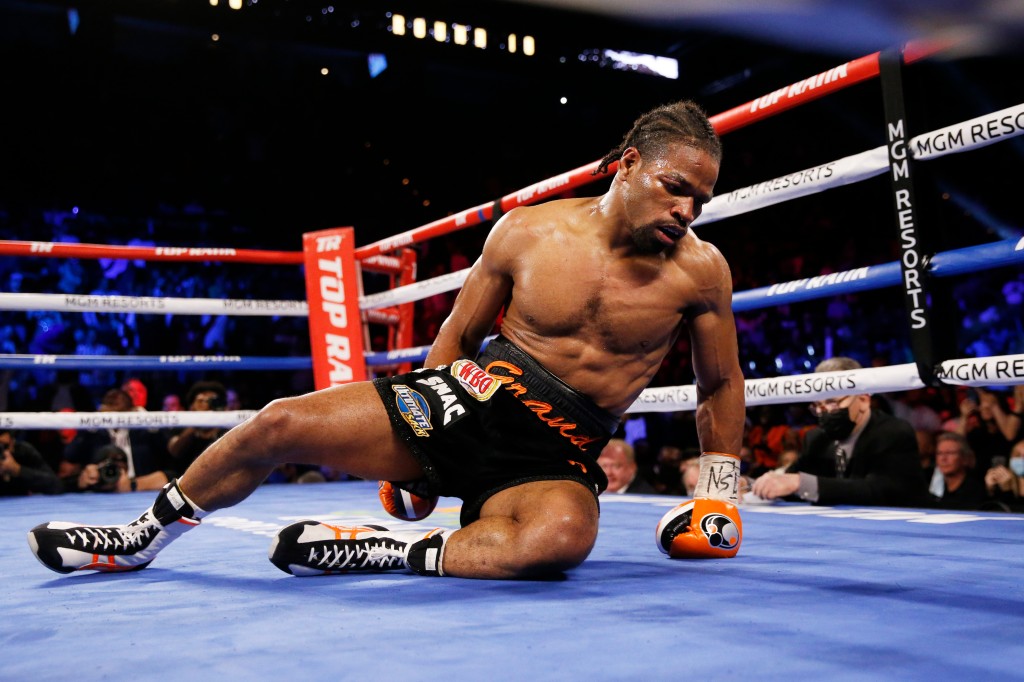 Shawn Porter’s trainer threw in the towel and called for referee Celestino Ruiz to end the fight. AP

“Shawn Porter is a slick fighter. He was doing some things in there and made me think,” Crawford said. “I can’t say nothing bad about him.”

After playing defense and smiling more than punching, Crawford finally showed signs of offense in the sixth round and came alive in the ninth and 10th rounds — the final two rounds, as it turned out, of Porter’s career. 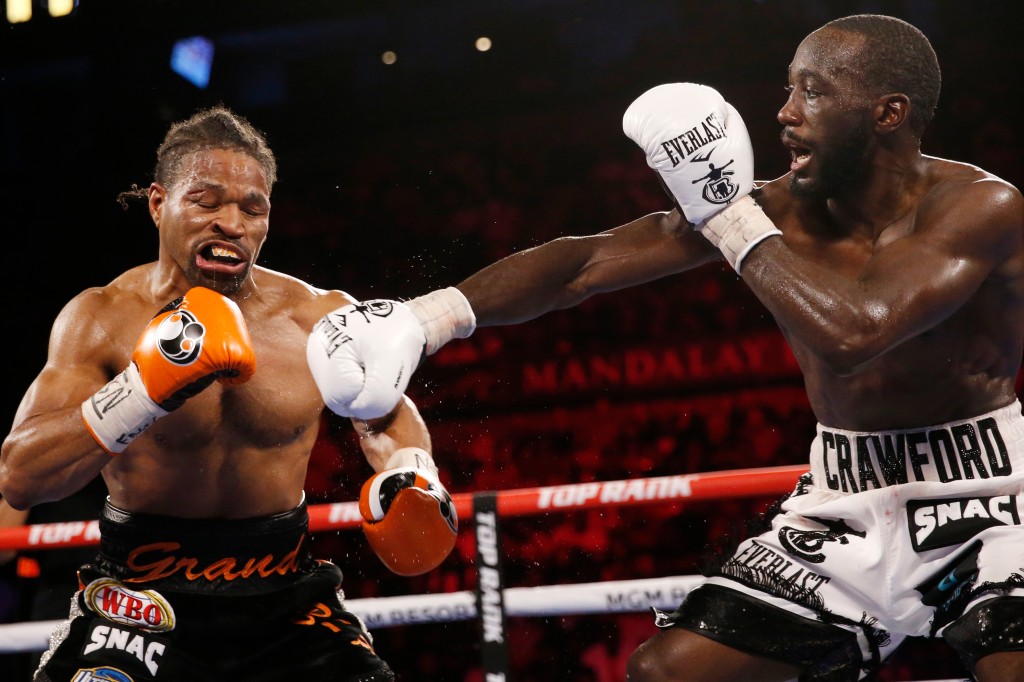 Terrence Crawford was leading on all three of the judges’ scorecards at the time Shawn Porter’s trainer asked to stop the fight.AP

On the undercard, Esquiva Falcao (29-0) beat Patrice Volny (16-1) by way of a technical decision at 2:18 of the sixth round, after the fight was stopped because of an inadvertent head butt. Janibek Alimkhanuly (11-0) remained undefeated with an eighth-round TKO over Hassan N’Dam (38-6).