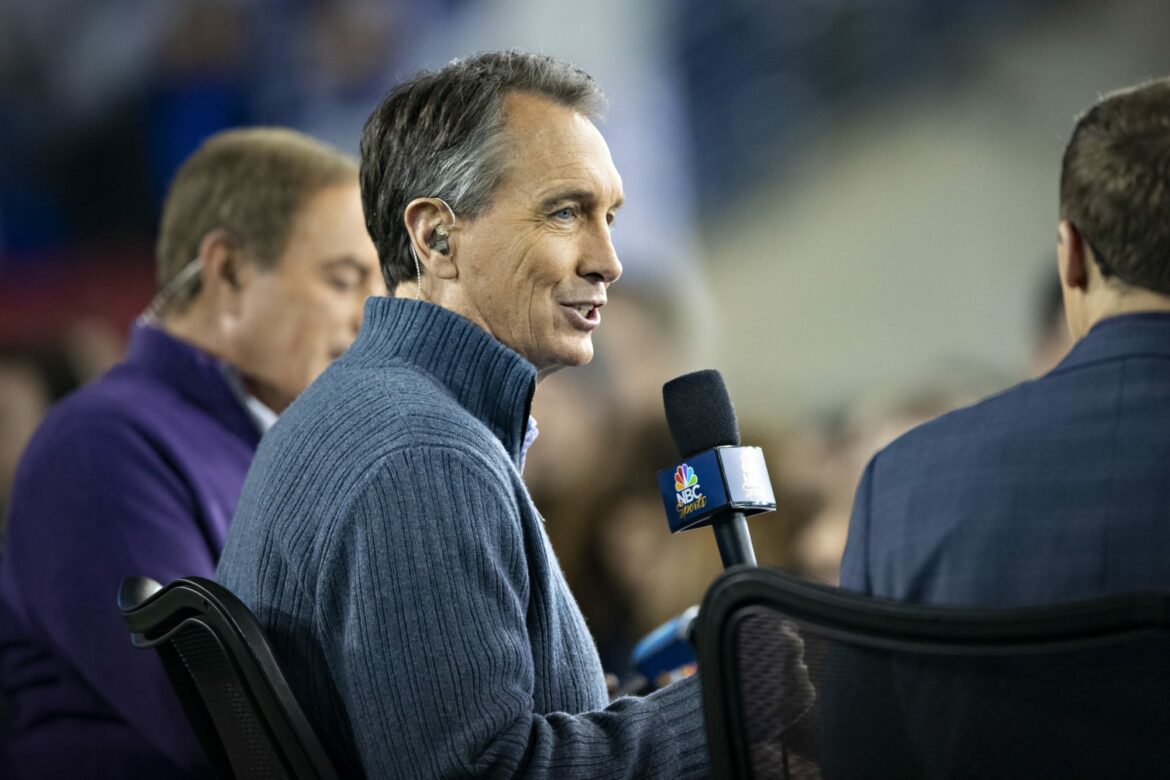 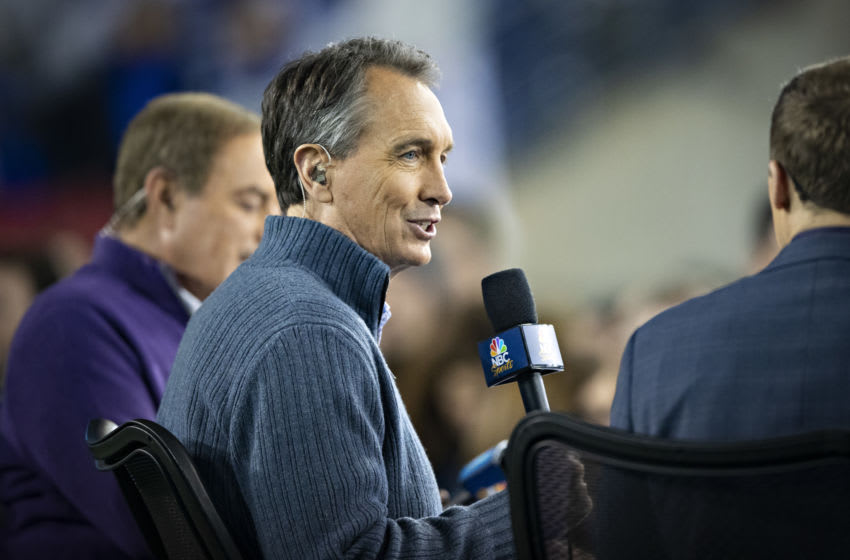 NASHVILLE, TN – DECEMBER 30: Cris Collinsworth on stage before a game between the Indianapolis Colts and the Tennessee Titans at Nissan Stadium on December 30, 2018 in Nashville, Tennessee. The Colts defeated the Titans 33-17. (Photo by Wesley Hitt/Getty Images)

Sunday Night Football commentator Cris Collinsworth said he had no idea how significant quarterback Russell Wilson was to the Seattle Seahawks.

The Seattle Seahawks are used to quarterback Russell Wilson starting under center for them, but they have entered unfamiliar territory this week. Wilson underwent surgery on his right middle finger this week and was subsequently placed on the injured reserve. That means the Seahawks would be without him for their Sunday Night Football matchup against the Pittsburgh Steelers.

With the Seahawks trailing the Steelers 14-0 at halftime, NBC commentator Cris Collinsworth shared his thoughts about Seattle’s showing thus far without Wilson.

Collinsworth said that he didn’t know Wilson “was quite as significant to this team as what he is actually proving to be so far for a half of football.”

Russell Wilson is a significant piece missing for the Seahawks

Yes, Wilson is quite a significant piece to the Seahawks. That was evident throughout his playing career.

Since being drafted in the third round of the 2012 NFL Draft, Wilson never missed a single regular-season game, where he led the Seahawks to a 100-48-1 regular-season record. In the playoffs, the Seahawks are 9-7, which included a Super Bowl 48 victory.

Wilson is not starting after he attempted a pass in the second half against the rival Los Angeles Rams in Week 5. During his follow-through, Wilson jammed his right middle finger on defensive lineman Aaron Donald’s hand. Wilson underwent surgery to repair his finger the day after the game.

With Wilson out for at minimum three games (including the Steelers contest), veteran Geno Smith will take over for the foreseeable future. In his relief performance, Smith completed 10-of-17 pass attempts for 131 yards, one touchdown and one interception in the 26-17 loss.

Even though Wilson is not starting, he stood on the sidelines with the team in Pittsburgh.