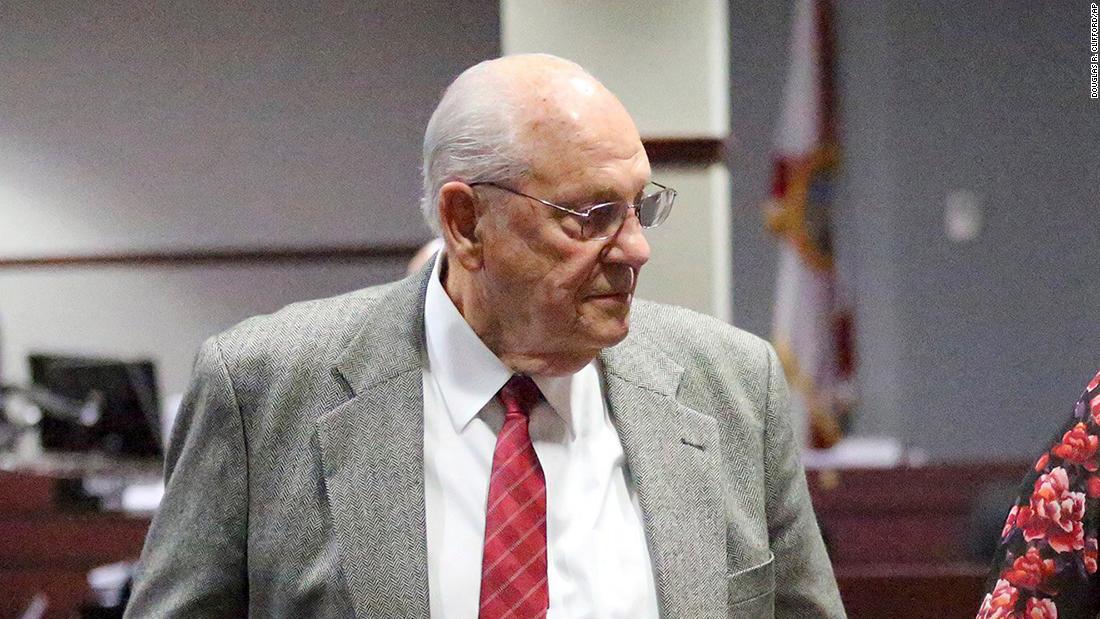 Reeves was accused of second-degree murder and aggravated battery in the 2014 killing of 43-year-old Chad Oulson, who was on a movie date with his wife. Reeves pleaded not guilty and claimed self-defense, previously telling authorities he feared he would be attacked after he and Oulson got into an argument. The argument started after Oulson sent a text message to his young daughter’s babysitter during previews and Reeves told him to put his phone away, authorities previously said.

Oulson’s wife was injured in the shooting but survived.

“Nobody is ever above the law,” state prosecutor Scott Rosenwasser said during his closing arguments. “(Reeves) killed another human being in a crowded movie theater next to his wife for no reason.”

Defense attorney Richard Escobar urged jurors to put themselves in Reeves’ shoes at the time of the incident — he was 71 years old then — and the perceived threat he believed existed, calling Reeves a “decorated law enforcement officer who had countless hours of training in the use of force, in the assessment of danger, and the risks that take place when we are faced with a dangerous encounter.”

The case garnered widespread attention at the time of the killing, partly because of Reeves’ self-defense claim under Florida’s “stand your ground” law, a claim which was ultimately denied by a judge. The trial’s eight-year delay came as a result of various motions, pretrial hearings and the Covid-19 pandemic, according to CNN affiliate WFTS. TJ Grimaldi, an attorney for Oulson’s wife, called the delays embarrassing, saying they allowed Reeves to continue to “be at home with his loved ones and spend time with his family.”

Reeves claimed he shot Oulson in self-defense when the two got into an argument over Oulson texting — his wife said he was messaging their daughter’s babysitter — during a screening of “Lone Survivor” in a Wesley Chapel movie theater outside Tampa.

Reeves confronted Oulson about texting during the previews before the movie, according to a criminal complaint.

Eventually the two got into an argument, and Oulson threw a bag of popcorn at Reeves, who then took out a handgun and fired, hitting Oulson in the chest, according to the complaint.

Oulson was taken to a hospital, where he died. His wife was shot in the hand.

Reeves told authorities he was “in fear of being attacked,” according to the complaint. He and his attorneys have argued Oulson threw a cellphone at Reeves’ head and was aggressively leaning over a chair toward him when the shooting occurred. Prosecutors have said popcorn is not a weapon and added witnesses did not report seeing Oulson throwing his cellphone.