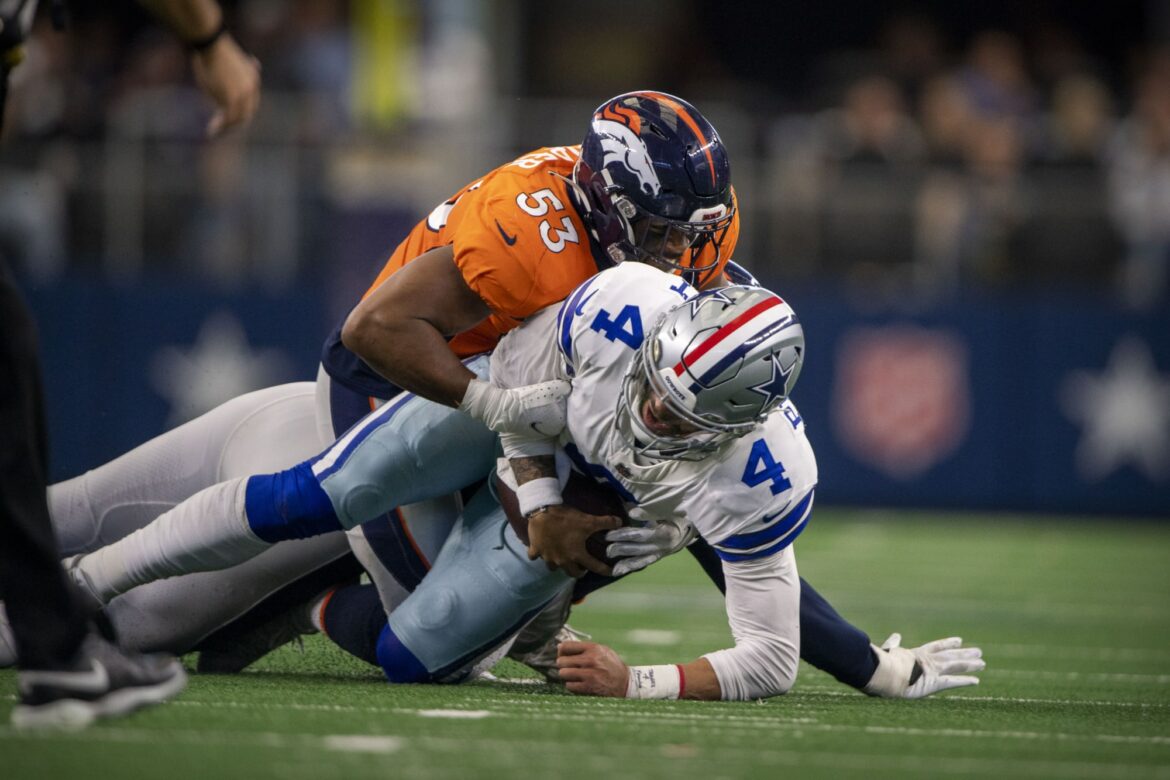 Cowboys quarterback Dak Prescott took ownership of Dallas’ horrendous loss at the hands of the Broncos in what was a terrible performance.

It was not a good day to be the Dallas Cowboys when the Broncos came to town on Sunday.

Denver embarrassed the team in front of their home fans, leading 30-0 in the fourth quarter before the Cowboys scored two late consolation touchdowns to make the result look much closer than it ever was.

Quarterback Dak Prescott was part of the problem in his return from injury. He completed just 48.7 percent of his passes, and that was after adding a bunch of garbage time production.

He finished with 232 yards and two touchdowns. However, before those late drives, he was 8-of-23 passing with 102 yards and an interception. His passer rating was 31.4.

At least he understood that his performance wasn’t close to good enough and took responsibility.

“Obviously I wasn’t as clean as I normally am. I just missed some throws,” Prescott said in his postgame presser, per Jon Machota of The Athletic.

The quarterback had a terrible day, but the team joined him as a whole.

“I’m definitely shocked,” Prescott said. “They whooped us in every aspect. it’s something we’ll learn from. We just have to be better.”

That was the idea behind keeping Prescott in the game late to manufacture those two late touchdowns, despite concern over him potentially exacerbating his calf injury.

“We needed. to get something going. We needed to show out fight, our resiliency,” Prescott said. “Tring to get some momentum going to take from this game.”