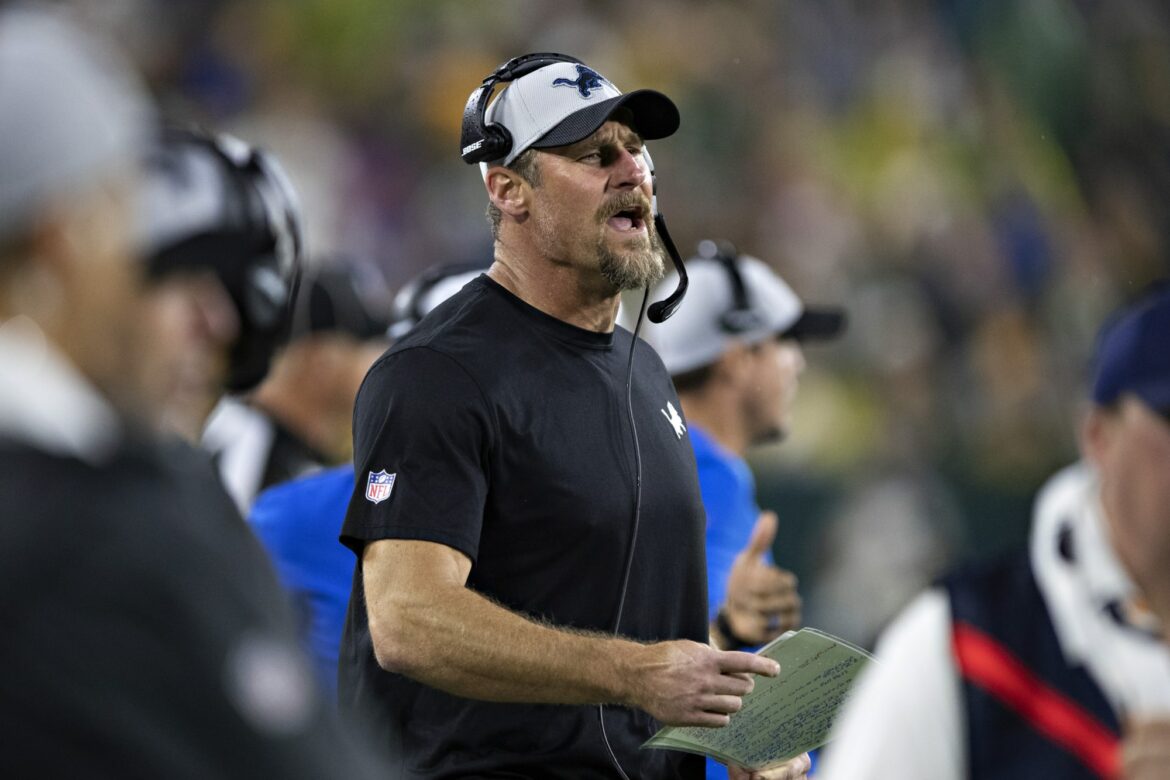 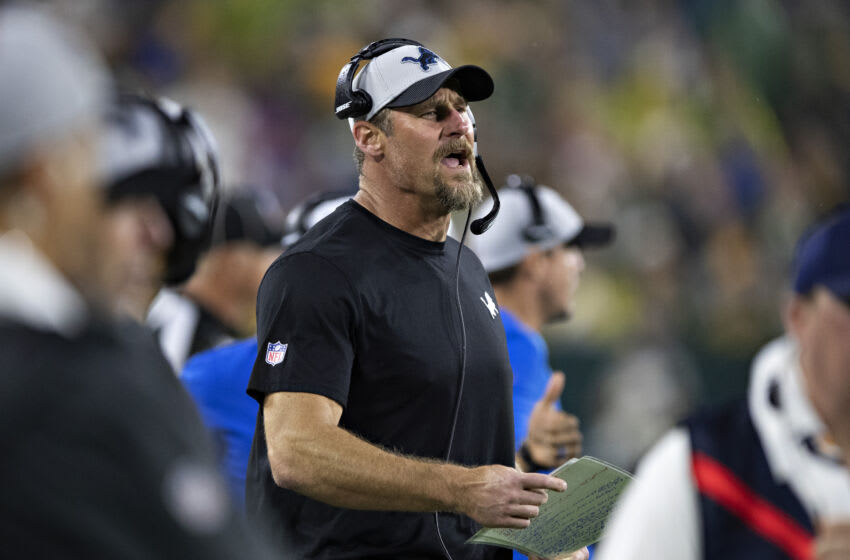 GREEN BAY, WI – SEPTEMBER 20: Head Coach Dan Campbell of the Detroit Lions yells on the sidelines during a game against the Green Bay Packers at Lambeau Field on September 20, 2021 in Green Bay, Wisconsin. The Packers defeated the Lions 35-17. (Photo by Wesley Hitt/Getty Images)

The Week 5 loss for the Detroit Lions against the Minnesota Vikings was nothing short of heartbreaking. While it looked like the Lions were going to record their first win of the season, Minnesota kicked a 54-yard field goal as time expired to snatch that victory away.

Dan Campebll was so devastated, he broke down in tears when talking about his players following the final whistle. After he wiped away those tears, though, he was able to check his phone and see that Drew Brees sent him some texts that were sure to lift his spirits.

After the loss in Minnesota: Dan Campbell said Drew Brees “shot a text to me just talking about how impressive it was. It was like, ‘My god, man, those guys are fighting – those guys are not giving up, they’re fighting.’ He goes, ‘You guys are close.’” pic.twitter.com/eOAencz1qH

As you can see from the video above, Campbell really appreciated getting those messages from Brees. One of the best quarterbacks of his time, Brees knows what it’s like to be down, but then battle back and reach the top.

This is what Campbell is hoping to do with the Lions. After Sunday’s showdown with Minnesota, Detroit is now 0-5 on the season. It’s been a rough start for Campbell with Detroit as the team’s head coach, but he’s all in on bringing success back to the Motor City.

However, things need to turn around and fast for the spirits to be raised in the locker room. Detroit has been in close contests multiple times this season, but they’ve just failed to make the necessary plays in the fourth quarter to get the job done.

Campbell is ready for his team to play a full four quarters and celebrate a big win in style. They’ll have the chance to do that this Sunday going up against the Cincinnati Bengals.