The night was supposed to be all about Deontay Wilder. The Tuscaloosa, Alabama native had a point to prove to everyone. Sure he was the proud owner of the WBC heavyweight crown and no one questioned whether or not he was a violent puncher but many were unsure if he had what it takes to defeat all comers.

On March 3th, 2018, in Brooklyn’s Barclays Center, both Wilder and Cuban star Luis Ortiz waged war in the middle of the ring. Ortiz did what he always does, boxed well from the outside, and landed the sort of punches that put normal men down. Wilder though, weathered every bit of that heavyweight storm before scoring the knockout blow in the tenth.

While the fireworks in the ring were memorable, backstage, more blows appeared on the verge of taking place.

For years, both Daniel Jacobs and Jermall Charlo traded words over social media and whenever a camera was present. Ironically enough, both men were in attendance on the night. Crossing each other’s path didn’t appear likely, however. Charlo took in the Wilder vs. Ortiz sights from his ringside view, while Jacobs was several feet away doing the same.

Neither man appeared to notice the other and everyone was well on their way to exiting the arena. But, in what’s become the norm in boxing, several media members gathered around Charlo for interviews.

For the most part, the topic of their initial conversation centered around Hugo Centeno Jr. Charlo was originally set to take on the fringe contender for the WBC interim middleweight crown on February 23rd but their contest was postponed due to a rib injury suffered by Centeno Jr.

A normally pugnacious Charlo had no bad words to say about his future opponent and simply wished him a speedy recovery.

Ultimately, the mood changed the moment Jacobs’ name was mentioned. Although Charlo had already signed on the dotted line to face Centeno Jr. and despite Jacobs having his own date lined up with Maciej Sulecki, Charlo was anxious to push both of their already agreed upon opponents out of the way in order to make their contest a reality.

“I’m looking for him right now,” said Charlo in reference to Jacobs during an interview with a group of reporters. “Where he at? I’m in Brooklyn. If Jacobs wanna fight, let’s fight. Let’s skip the Centeno fight, he ain’t gotta take his next fight either.”

Moments after asking the whereabouts of Jacobs, the former middleweight titlist appeared.

At first, Jacobs didn’t seem to notice Charlo. A smiling Jacobs sauntered calmly through the back area of the Barclays Center, with an expensive button-down shirt revealing a gold chain underneath. As he glanced over at Charlo, his smile widened.

“I came at the perfect time,” said Jacobs as he immediately moved past every media member to step directly in front of Charlo. “I’m just trying to figure out what we doing?”

The contentious fulmination only continued as Jacobs took exception to some of the storylines surrounding their possible showdown. With Charlo closely aligned with Showtime and Jacobs partnering up with HBO and leaving Showtime in the dust, the Brooklyn product accentuated his bank account and current payroll as a reason why he decided to ultimately leave the prominent network.

“Bro, you ain’t even touch an M (million) yet,” said Jacobs as they continued to argue. “I’m touching M’s, That’s why I made my way to HBO.”

Curse words filled the back arena and tensions flared. Security quickly came in to separate the two but before going their separate ways, they shook hands. The boxing world began salivating over their possible showdown.

Weeks went by with no word of a possible deal taking place. The proposed skipping of their immediate opponents proved to be spurious as well as Jacobs easily outboxed Sulecki and Charlo brutally stopping Centeno Jr. one week prior.

The weeks turned to months, and ultimately into years. The pair continued to fight in the exact same weight class during most of that tenure. Charlo carved out his own name, eventually being elevated to full WBC titleholder, while Jacobs would win the IBF crown against Sergiy Derevyanchenko in 2018.

Even with Jacobs losing a close unanimous decision against Canelo Alvarez in May of 2019, the boxing world was anxious for the pair to step into the ring with one another. Fast forward four long years since that March 4th confrontation and fans of the pugilistic sport, who seldom agree on anything, can admit to one thing…their contest will never happen. Or, at this point, who truly cares if it does? 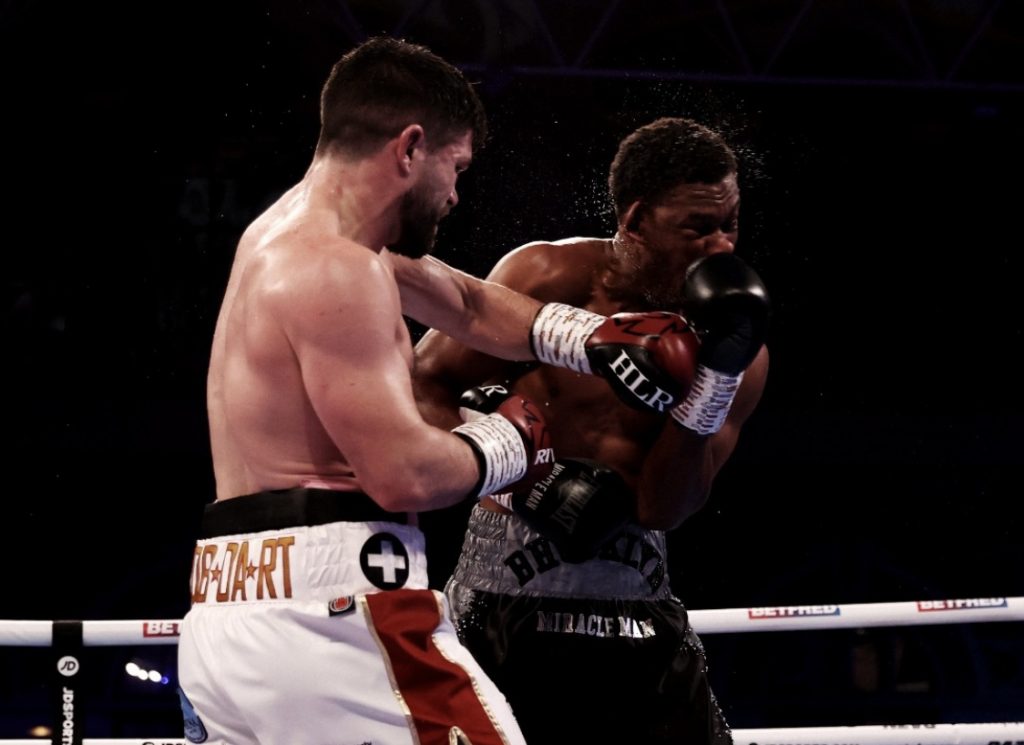 The proverbial tombstone in their explosive showdown was officially placed this past weekend. Jacobs, now 35, lost a close split decision against John Ryder, roughly a year and a half following a lackluster and unimpressive victory over fringe contender Gabe Rosado at 168 pounds.

Jacobs looked slower and uninspiring. His once pernicious punching power never appeared throughout the night, and his overall skills had eroded.

You see, boxing has a tendency to do this, more times than not. Two violent and dangerous punchers at the top of their games who absolutely loathe each other would’ve given fans what they wanted to see. At this point, their contest has officially gone by the wayside.

Charlo, 31, appears to have plenty left in the tank and still has his waist laced in middleweight gold. A showdown between himself and Jacobs though, is nothing more than a mismatch, one that will play on the feelings of fight fans as they attempt to recapture their imagination from their 2018 confrontation.

The boxing world will do what it always does in this scenario. Shrug its shoulders and chalk it up as another missed opportunity, placing another high stakes, highly anticipated matchup in the trash bin next to Riddick Bowe vs. Lennox Lewis, Shane Mosley vs. Felix Trinidad, George Foreman vs. Earnie Shavers, and countless other must-see matchups that never took place.

Charlo vs. Jacobs doesn’t quite live up to those all-time great fights or the expectations that were placed upon them. Still, the overall outcome is the same. It was a fight the fans wanted, craved, and begged for. But of course, boxing gave us all the middle finger. Now, as we officially place our attention elsewhere, we’ll be forced to think, what could’ve been.