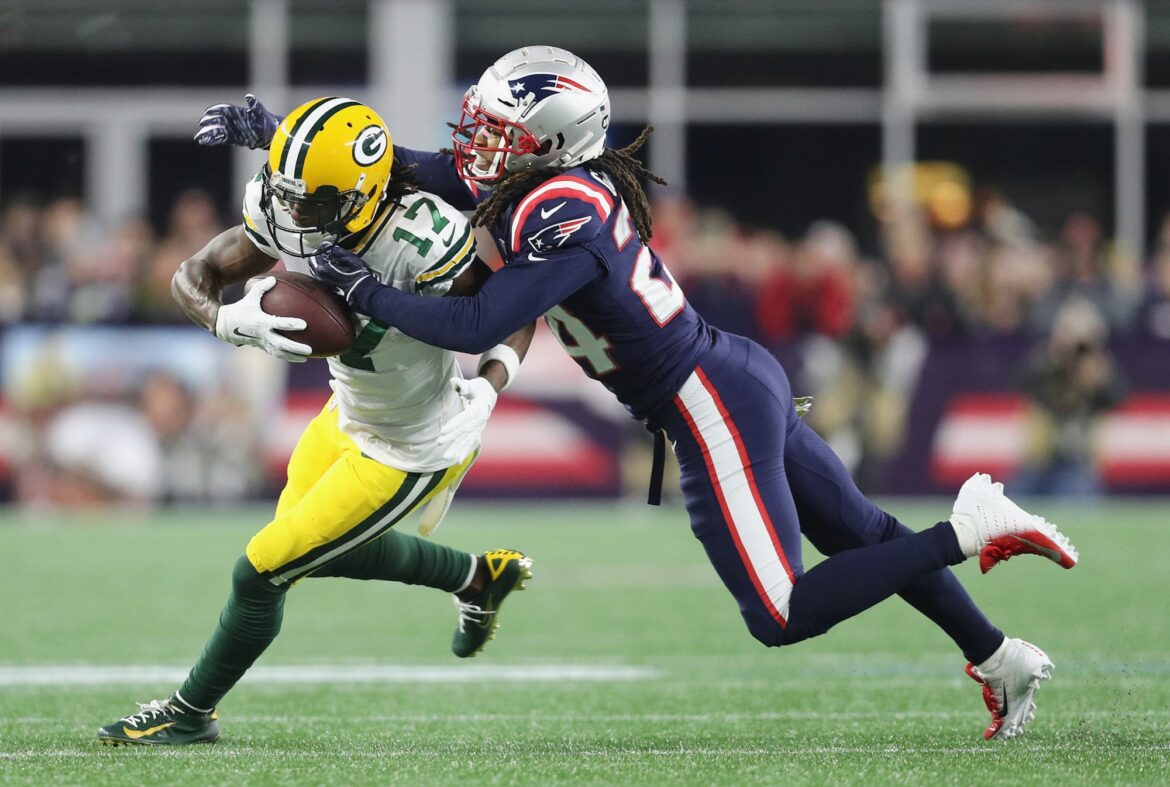 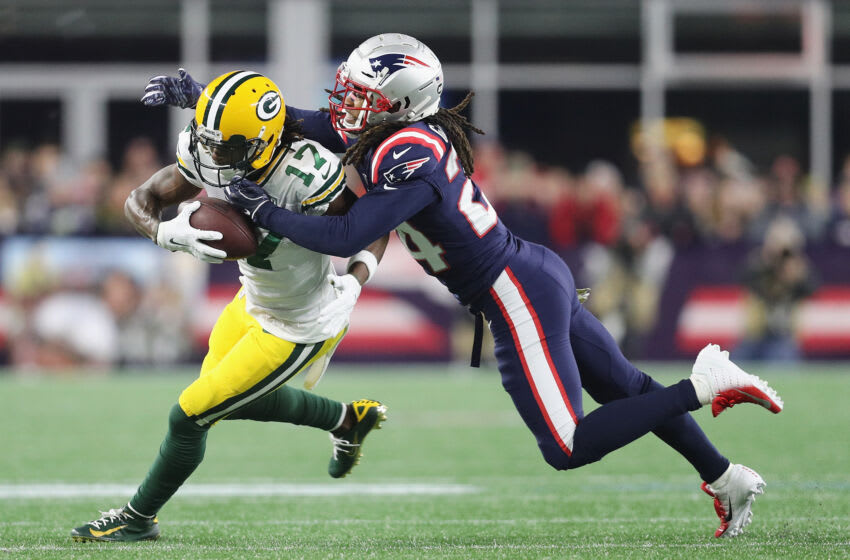 FOXBOROUGH, MA – NOVEMBER 04: Stephon Gilmore #24 of the New England Patriots tackles Davante Adams #17 of the Green Bay Packers during the first half at Gillette Stadium on November 4, 2018 in Foxborough, Massachusetts. (Photo by Maddie Meyer/Getty Images)

UFC Vegas 39: Jared Gooden says ‘there’s nothing sexier’ than making a trained fighter give up by Ryan Truland

The 2021 NFL season has some of the most surprising mid-season roster moves in some time.

Josh Gordon is a Chief, Richard Sherman is a Buccaneer, and Jaylon Smith is a Packer.

And newly-minted Panther Stephon Gilmore could have been a Packer too… but he never called.

Eager at the prospect of signing two former Pro Bowlers, Packers wide receiver Davante Adams shared his disappointment that Gilmore opted for the Panthers over the Packers.

When trade rumors broke earlier on Oct. 6, Adams encouraged Gilmore to call him in an open move to recruit the elite corner. Gilmore went home to the Carolinas, while Adams humorously reminded the world that Gilmore never picked up the phone.

Fans attempted to console Adams, encouraging him to shake off the Gilmore news the way he shook off Gilmore himself.

Adams was eager to shake Gilmore off in that Nov. 4 2018 matchup. Gilmore held Adams to just 40 yards in the 31-17 game that led to another Patriots Super Bowl ring.

The reason that Gilmore didn’t opt for the Packers wasn’t personal; the team didn’t have enough cap space to accommodate his contract. The Panthers did, and the thought of the South Carolina native moving closer to home must have sweetened the deal.

On the Packers and their involvement with Gilmore …

They had been exploring this for a while.

That it didn’t work had nothing to do with the trade compensation, but rather the Packers not being able to absorb the remaining portion of his base salary on this year’s cap.

If money and location weren’t a factor, the Packers likely would have been the more favorable option long-term. Gilmore leaves the Patriots with two Super Bowl performances and a Super Bowl ring, something that he could have fought for in Green Bay.

A Gilmore signing wouldn’t have just appeased Adams — Packers fans would have loved to swap him out with Kevin King.

For those counting at home:

Kevin King: $5 million for the season

sure Kevin King may be playing poorly, but give him credit, his $6M contract is also preventing the Packers from adding anyone else