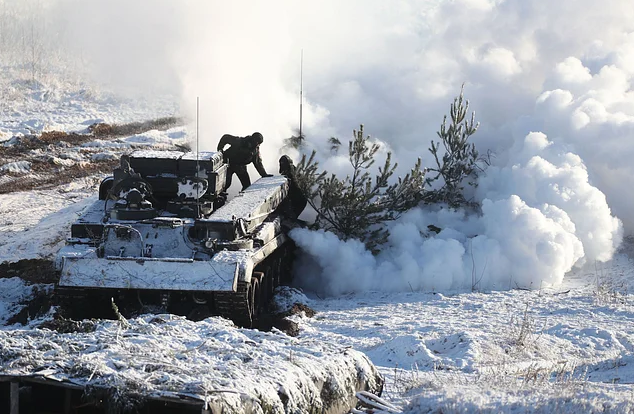 Germany has already announced its decision not to supply arms to Ukraine in the ongoing crisis. Ukraine’s ambassador to Germany, Andrej Melnik, has criticized Berlin’s decision. He called the decision “German hypocrisy.” News from CNN.

In a tweet, Andrej Melnik said: “Ukraine will not be given any weapons to defend itself against Russian military aggression. But in 2020 alone, Russia exported 37 million euros worth of dual-use goods, which could help boost the country’s arms production. Melnick had previously asked the Germans on Twitter for weapons in self-defense.

Last month, German Defense Minister Christine Lambrest announced that Russia would supply 5,000 military helmets to Ukraine as tensions between Russia and Ukraine escalated. In addition to setting up a field hospital and medical training center, Germany has already begun supplying these to Ukraine.

“The German government has made a very clear decision,” Christine Lambrest told reporters. We will not supply any lethal weapons or ammunition in the conflict zone. Because we do not want to escalate the conflict. “Germany thinks there is still a possibility of a peaceful solution through negotiations,” he said.

It should be noted that in March 2014, Russian troops took control of Crimea, part of Ukraine. Since then, Ukraine’s military has been battling Moscow-backed separatists. At least 14,000 people lost their lives in this battle.

Now there is a possibility of a Russian military operation all over Ukraine. The United States and Western nations say Russia has deployed hundreds of thousands of troops along Ukraine’s border. The country could launch a military operation in Ukraine at any time. In retaliation, the Western military alliance, NATO, has mobilized troops in Eastern Europe.

Russia has denied the allegations in a statement issued Friday stating “Similar, baseless allegations concerning Russia’s intelligence have been made more than once. The country says Moscow has no plans to attack Ukraine. Army rallies have been held as part of the exercise.

However, the West is reluctant to accept Moscow’s demand. Washington said on Friday that Russia had deployed enough troops along the Ukrainian border to carry out large-scale military operations at any time. Its citizens have been asked to leave Ukraine within 48 hours for fear of a possible Russian military operation.

US President Joe Biden spoke on the phone with Russian President Vladimir Putin on Saturday amid ongoing tensions over possible Russian military aggression. At the time, Biden warned Putin that military aggression could lead to a major humanitarian crisis in Ukraine. Because of this, Russia’s acceptance will be questioned. The United States and its allies will respond swiftly to the attack. Russia will have to pay a high price for this. In response, Yuri Ushakov, Russia’s senior foreign policy adviser, said the United States had reached an all-time high against Russia.