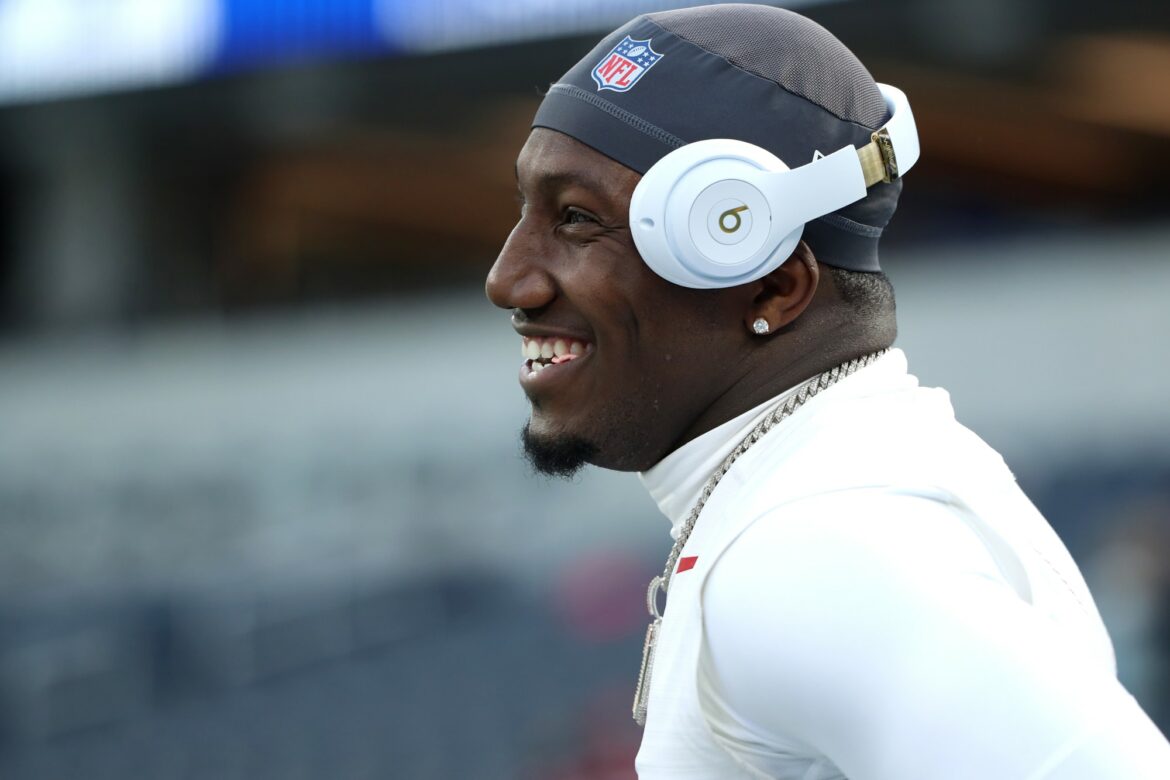 The NFL has changed quite a bit since its inception: the first CBA in 1968 guaranteed that NFL rookies would earn $9,000 per year, while veterans earned $10,000 per year.

Several decades and CBAs later, the price to keep premier talent has gone up, as has the money that the NFL makes off of television deals and gambling winnings. This all puts what star San Francisco 49ers Deebo Samuel is asking for into perspective, as Samuel wants to become the highest-paid non-quarterback player in the NFL.

49ers WR Deebo Samuel wants to be the highest paid non quarterback because of his impact and versatility. Who can argue after what he did in 2021?

Samuel isn’t an unrestricted free agent until 2023, but considering that he’s only slated to earn $7.2 million through his first four seasons with the 49ers, Samuel believes it’s time for the franchise to pay up—especially when he’s been severely underpaid all these years relative to how integral he’s been to the 49ers passing game.

Deebo Samuel wants an astronomical amount of money, but he is a star

There’s a lot to support Samuel’s decision to negotiate for a massive extension before his contract is up, but perhaps nothing compares to the fact that if the 49ers valued him more in 2019, they may have won another Super Bowl ring in the process.

In 2020, SB Nation’s James Brady wrote an article titled, “Deebo Samuel could’ve been Super Bowl MVP if the 49ers hadn’t forgotten about him.” As Brady explains, Samuel had already proven by the end of his rookie season that he was a versatile weapon on the 49ers’ offense. San Francisco loves shifty running backs, but Deebo has been so much more. The talented wide receiver doubles as a running back, rushing for 53 yards in that game, which is the most by any wideout in Super Bowl history.

Samuel only got five receptions for 39 yards in that game, which is not to imply that this isn’t an impressive line—that’s 7.8 yards per reception—but the 49ers fell apart in their offensive creativity as the Chiefs exploded in the fourth quarter. San Francisco didn’t score at all in the fourth, and it’s hard not to notice the correlation between that fact and Deebo’s absence.

Samuel only built on his impressive rookie season with an increasing reputation in his second and third seasons, gaining recognition as one of the best wide receivers in the NFL. Sure, Deebo is asking for a lot, but perhaps he is burdened more than a lot of other top wide receivers because he is the game-changer on the 49ers offense.