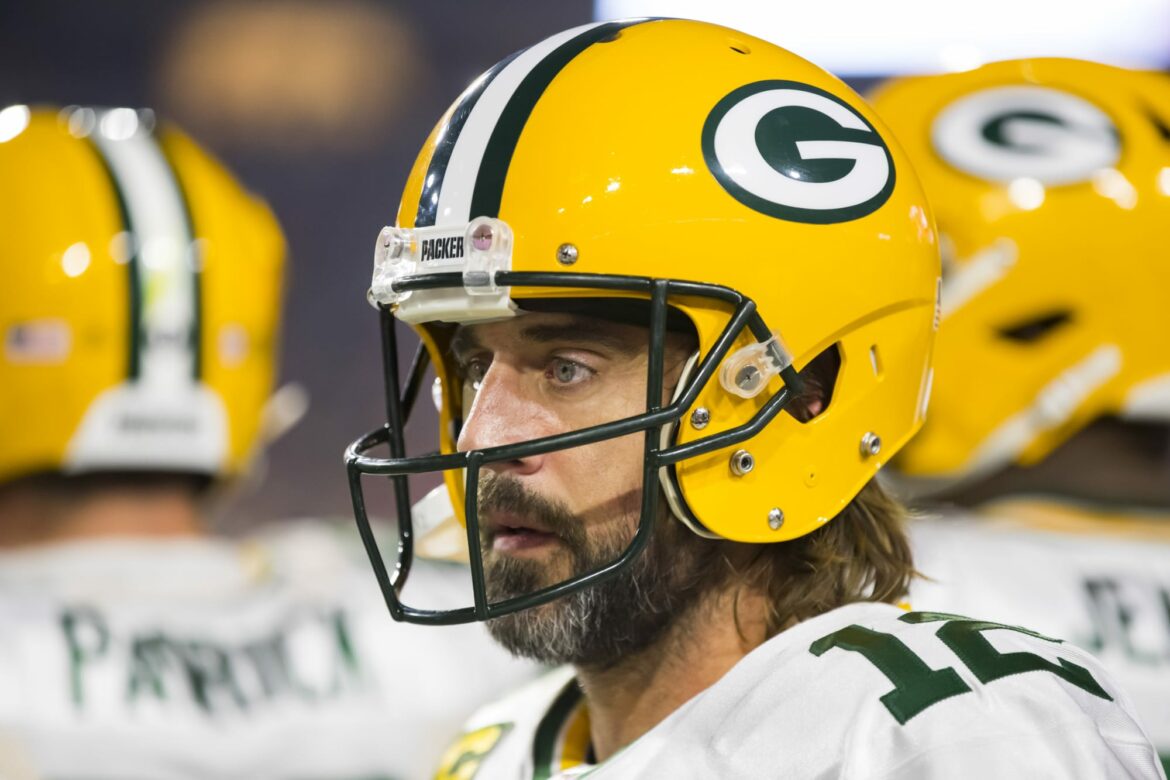 Aaron Rodgers is out for the Packers’ game against the Chiefs and under fire for apparently lying about his vaccination status. Will the NFL punish him?

Ahead of a big match up with the Chiefs, the Packers got some bad news: Aaron Rodgers is out after testing positive for COVID-19.

Losing Rodgers for Sunday’s game would be bad enough, but it turns out Rodgers is unvaccinated and will have to miss a minimum of 10 days, putting him in doubt for the game against the Seahawks.

To top it all off, the situation turned extra controversial because Rodgers told the media over the summer that he was vaccinated. Or so everyone thought.

Did Aaron Rodgers lie about being vaccinated?

The quarterback was asked if he was vaccinated. His response was this:

Unless you’re a lawyer trying your hardest to convince people what the alternate definition of “is” is, it’s hard to spin that as anything but a lie.

Technically, he didn’t say he was vaccinated. He said he was immunized. But let’s be real. He said, “yeah” to a question about being vaccinated. He lied.

Will the NFL punish Aaron Rodgers for lying about vaccination?

The NFL released a statement on Wednesday addressing the situation with Rodgers.

“The primary responsibility for enforcement of the Covid protocols within club facilities rests with each club. Failure to properly enforce the protocols has resulted in discipline being assessed against individual clubs in the past. The league is aware of the current situation in Green Bay and will be reviewing the matter with the Packers,” the league said per Tom Pelissero.

So now the question becomes: Have the Packers been holding Rodgers to the Covid protocols for unvaccinated players?

According to Ian Rapoport, they have.

The NFL insider reported that Green Bay was aware of Rodgers’ vaccination status and that he has been following protocols, including wearing a mask, in the team facilities. He has also undergone daily testing.

However, Rodgers has been seen at press conferences without his mask pulled up over his face as well as on the sidelines during the preseason without a mask.

Could the NFL hit him for violations? When it comes to the latter, it would seem not. Rapoport said NFL rules about wearing masks don’t apply outdoors.

The Vikings have done indoor pressers with unvaccinated players. They wear their masks to the podium, then take them off. I *think* it’s allowed if it lasts less than 15 minutes and the podium is more than six feet from others. At least that’s what I’ve assumed

Even that could be in bounds. As Chad Graff of The Athletic pointed out, the Vikings have held press conferences with unvaccinated players without masks within the protocols.

So there is still a lot to pin down on the subject of potential punishment for Rodgers and the Packers. For now, they could face a fine, but there would need to be evidence of more serious breaches of protocol to expect anything more than that.