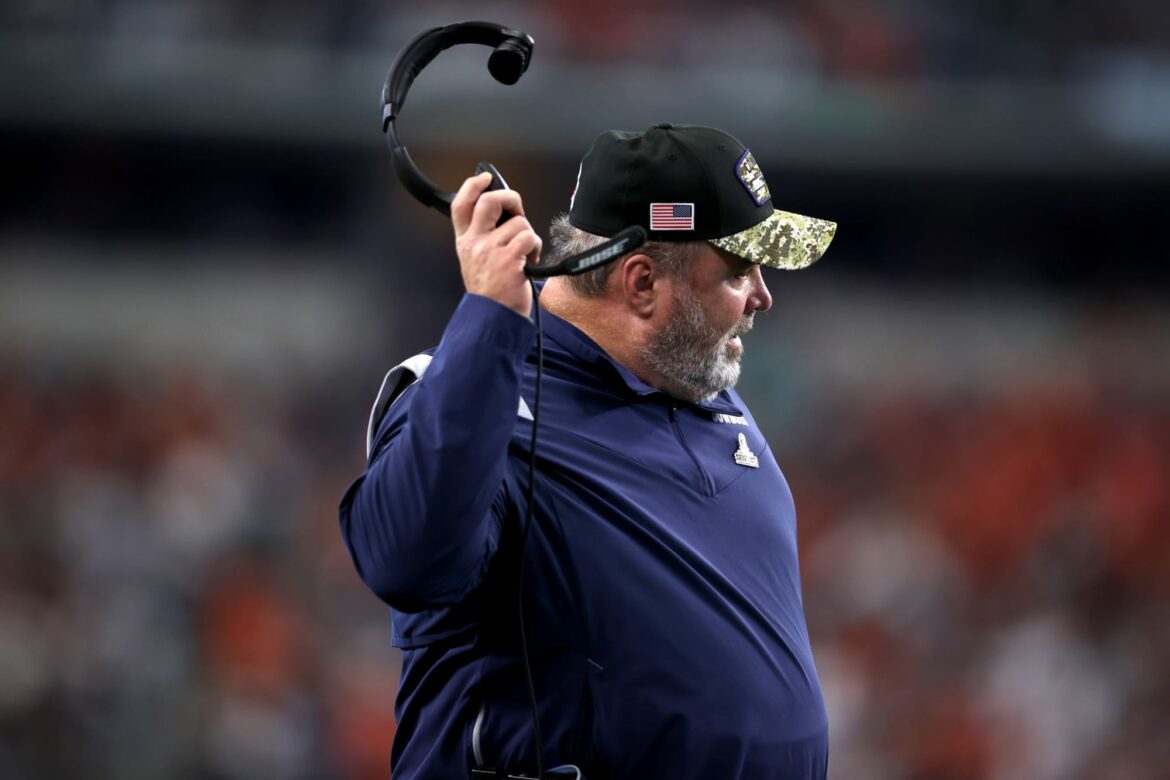 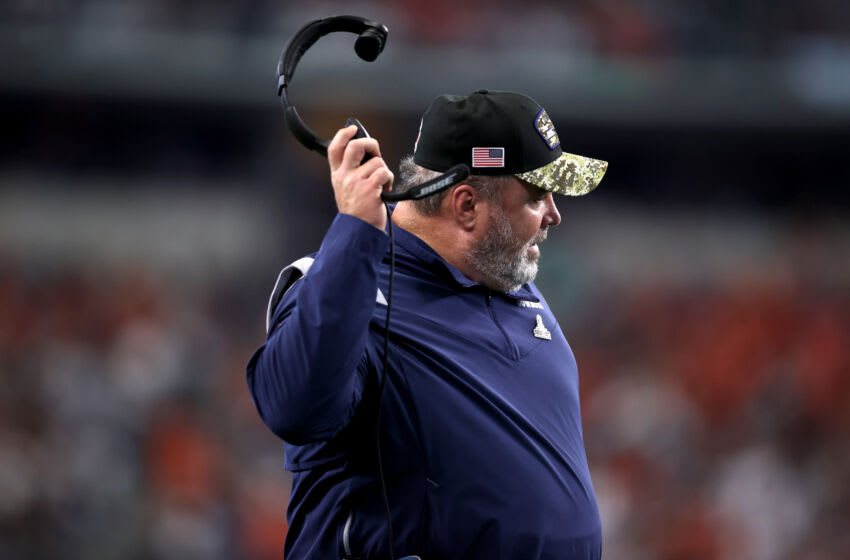 ARLINGTON, TEXAS – NOVEMBER 07: Head coach Mike McCarthy of the Dallas Cowboys argues a touchdown call during the second half against the Denver Broncos at AT&T Stadium on November 07, 2021 in Arlington, Texas. (Photo by Tom Pennington/Getty Images)

The Dallas Cowboys looked as though they had one of the more impressive defensive plays of the year against the Raiders, until it was stolen from them.

On the surface, Raiders tight end Darren Waller looked as though he fumbled against the Dallas Cowboys on Thanksgiving. The play would have altered the optics of the first half, and turned over the field as well.

Dallas struggled to recover the fumble on the field of play, but on an incredible play the Keanu Neal was able to flip the ball back inbounds to to Jayron Kearse.

Yet, apparently Waller didn’t take enough steps with the football, or make a ‘football play’, so the officials called it incomplete on the field.

Did Cowboys get robbed?

Upon initial review, it’s up to interpretation. Dallas football fans will surely assume they were robbed on the play. Yet, Waller barely made a move with the football in his hands.

Did Mike McCarthy blow it?

What was extremely odd was that Mike McCarthy did not challenge the officials’ decision, meaning he must have been convinced that Waller did not fumble. Yet, the decision didn’t look clear enough on the field, so there was an obvious case to initiate replay review.