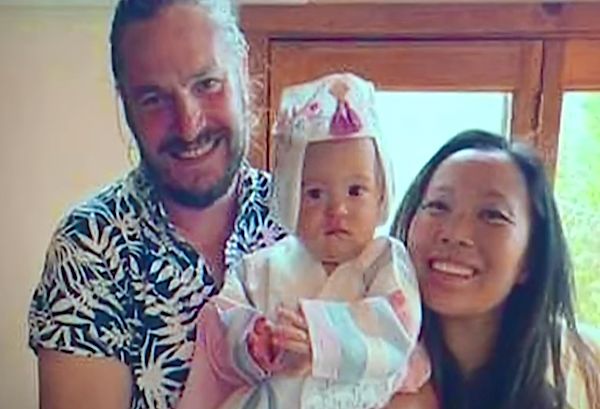 A final text message and attempted phone calls revealed by police this week bare the desperate final moments before two parents, their baby and the family dog died mysteriously in California’s Sierra National Forest during a hiking outing last year.

A text revealed Thursday by the Mariposa County Sheriff’s Office appears to support the final official cause of death — hyperthermia and possible dehydration amid soaring temperatures, The Fresno Bee reported. Officials at the time were also concerned about the possible impact of toxic algae in a nearby stream, but eventually ruled that out as a cause of death.

“Can you help us,” one text message begins to a person whose name was redacted by police. “On savage lundy trail heading back to Hites cove trail. No water or ver (over) heating with baby.”

The text never went out because of a lack of cellphone service in the remote wooded area.

There were also five attempted phone calls to multiple numbers in just 25 minutes after noon the day the family died — though none of the calls was to 911. The couple also took a screenshot of their location from a trail app.

Several sightseeing photos taken that day chronicled the family’s hike before they were suddenly in desperate trouble some two hours after they set out, police said.

The material released by police at a press conference Thursday marked the end of an investigation into the troubling deaths that initially stumped investigators.

Sidney Radanovich, a friend of the family’s, last year described the couple as avid hikers who were particularly fond of exploring the area.

“They were such a loving couple,” Radanovich told the San Francisco Chronicle. He said Gerrish, a San Francisco-based software designer, loved to show Miju “all sorts of things and explain them to her.”