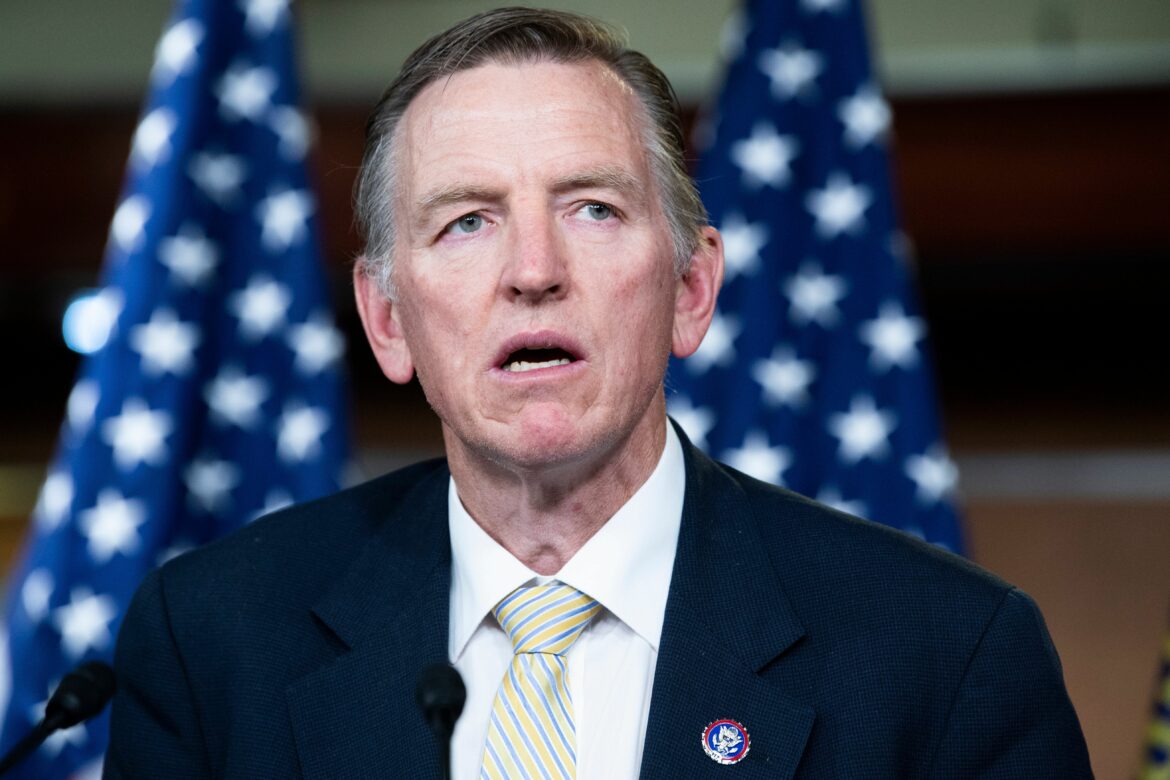 The lawmaker, who has been linked to white nationalist and other extremist groups, tweeted the opening credits from the Japanese animated series “Attack on Titan” but altered to show himself in the place of the main character and with the show’s title in Japanese changed to “Attack on Immigrants.”

In the video, Gosar is depicted fighting the show’s “Titans” with far-right Reps. Marjorie Taylor Greene (R-Ga.) and Lauren Boebert (R-Colo.). In one scene, Ocasio-Cortez’s face is superimposed on one of the Titans. Gosar slashes its neck and kills it. In another scene, Gosar swings two swords at an enemy with Biden’s face edited onto it.

The clips are intermixed with real videos of U.S. Border Patrol officers corralling migrants at the U.S.-Mexico border. The words “drugs,” “crime,” “poverty,” “money,” “gangs,” violence” and “trafficking” flashed across the screen along with blood-splatter effects.

The “Attack on Titan” opening credits are often parodied as part of a meme.

Gosar has been a dedicated purveyor of conspiracy theories and lies about the 2020 election and was named by organizers of the Jan. 6 riot at the U.S. Capitol as one of a group of GOP lawmakers who communicated with them in the weeks before the attack, according to a recent Rolling Stone report. Gosar reportedly suggested to organizers that they would be offered a “blanket pardon” by then-President Donald Trump.

Gosar was denounced online for appearing to endorse violence with his Sunday tweet. Rep. Eric Swalwell (D-Calif.) said Gosar was “more comfortable with violence than voting.”

Gosar’s digital director, Jessica Lycos, told The Washington Post in a statement that “we made an anime video” and “everyone needs to relax.”