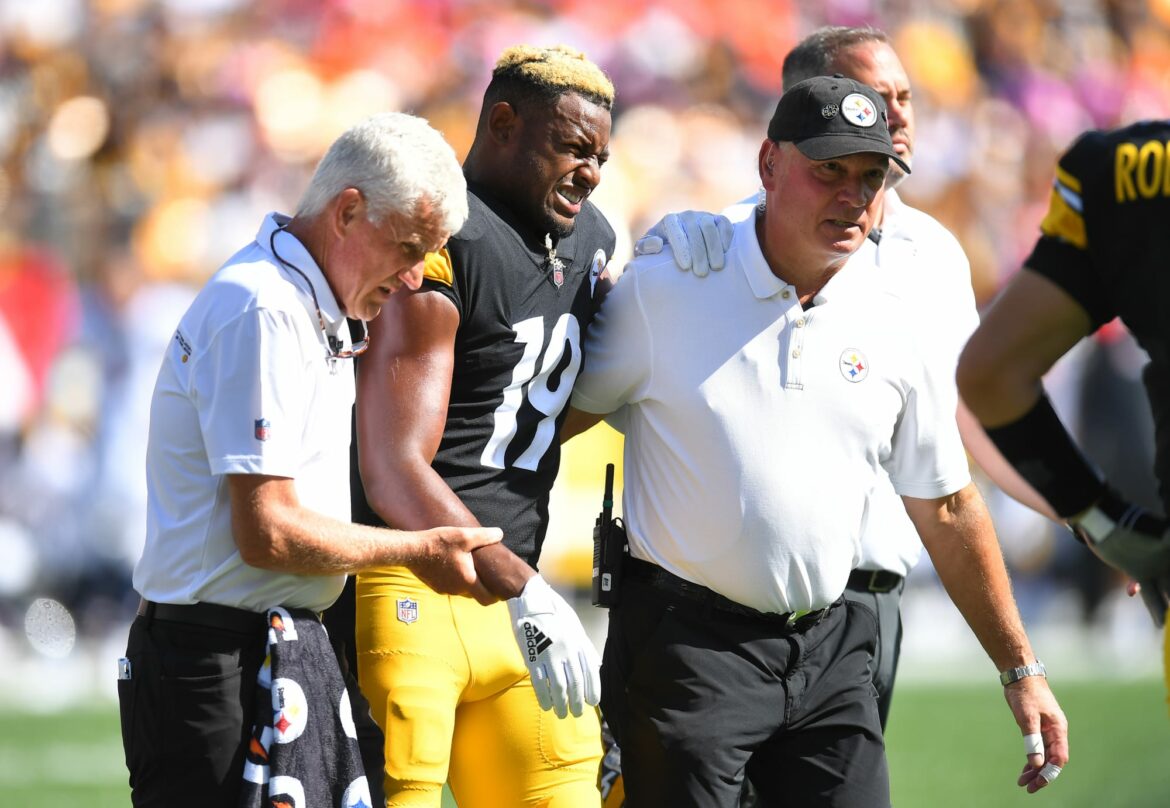 The Steelers may be without JuJu Smith-Schuster for the rest of the season, but their depth and young stars can make up for the loss.

The Steelers ended their three game losing streak Sunday against the Broncos, but it came at a cost. Wide receiver JuJu Smith-Schuster could miss the rest of the season with a shoulder injury.

The injury occurred when Broncos safety Kareem Jackson tackled Smith-Schuster. Jackson’s helmet hit Smith-Schuster directly on the shoulder. The fifth-year wide receiver was helped off the field, and later taken to a Pittsburgh hospital.

Smith-Schuster’s injury is an obvious blow, but here is how the Steelers can work around it.

How Steelers can work around JuJu Smith-Schuster’s injury

Transition Chase Claypool into the slot

Chase Claypool had his best game of the season against the Broncos. That was in large part because of where he was lined up. Once Smith-Schuster went down, Claypool filled that role of catching the underneath passes and turning them into big plays.

The best example of this was on the 59-yard catch and run he had in the second quarter. Von Miller was lined up against him, and was quickly exploited. The size and speed of Claypool makes him a complete mismatch against slot cornerbacks or linebackers. The Steelers have tried to use that size in the deep passing game, but Claypool hasn’t been good at coming down with 50-50 balls. Having him be the slot receiver could change the dynamic of the offense.

The rookie out of Penn State has been getting better each week. His numbers may not pop, but the Steelers have a gem at tight end. His run blocking has helped Najee Harris, and he has been a safety valve that Ben Roethlisberger hasn’t had since Heath Miller retired.

Freiermuth only has three catches over the last two games, but he could start to shine if this running game continues to do well. The play-action game should exclusively feature Freiermuth in delayed routes to the flat and the middle of the field. This would take the pressure off the likes of Diontae Johnson, Claypool, and James Washington, while also giving Pittsburgh another reliable target.

What is next for Pittsburgh?

The Steelers are in a great position right now. They face Seattle a Geno Smith-led Seahawks team in Week 6. Seattle’s secondary is among the worst in the league. This is where they can start using these new concepts offensively. Claypool in the slot would absolutely devastate the Seattle defense. The Seahawks also rank 31st in run defense, so Najee Harris and the run game should continue to roll.