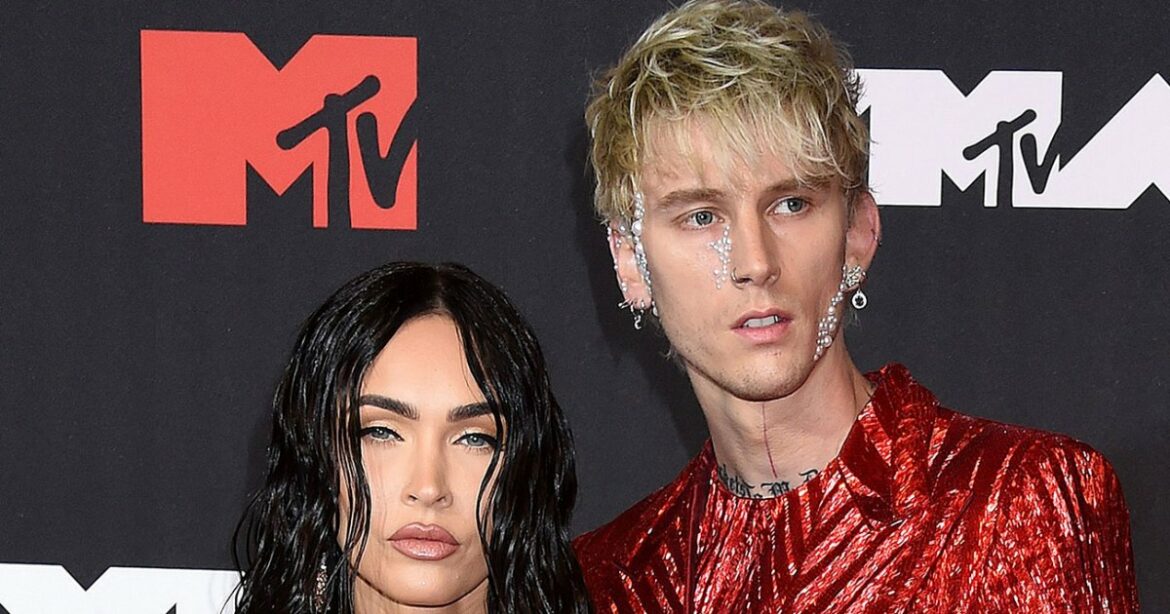 Living in the moment. Machine Gun Kelly appeared to be in good spirits while dining with girlfriend Megan Fox and pals Travis Barker and Kourtney Kardashian after his VMAs drama, a source exclusively tells Us Weekly.

“The group seemed calm, very relaxed,” eyewitness Lieba Nesis says, noting the foursome ate at Cipriani Downtown in New York City following the Sunday, September 12, tapping of the MTV Video Music Awards. “They were enjoying their time together as if they had no cares for the world. They looked like they just wanted to relax. MGK didn’t seem stressed about the earlier drama.”

The “Bloody Valentine” rapper, 31, made headlines on Sunday after he was spotted arguing with Conor McGregor on the VMAs red carpet. In photos snapped by paparazzi, the UFC fighter, 33, looked as if he was throwing a punch toward Kelly as he and Fox, 35, walked away. 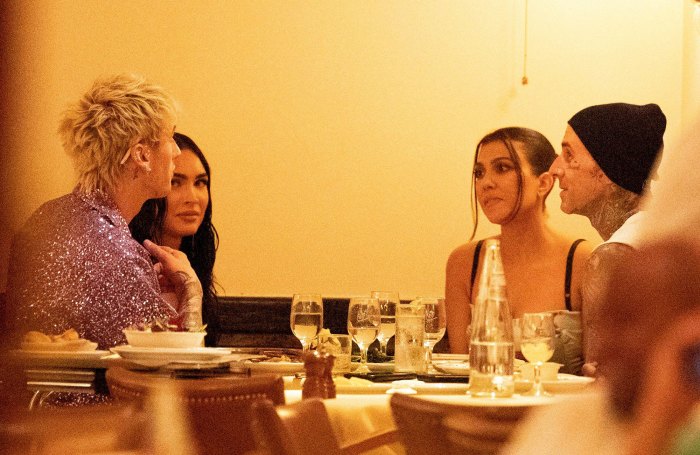 Kelly’s drama continued when his “Papercuts” performance was delayed. “Machine Gun Kelly buried himself in a grave as they were setting up to perform. He then burst out of the dirt in his grave, ran off stage and said something to Travis,” an eyewitness exclusively told Us at the time. “He was throwing elbows and seemed very upset before running backstage.”

The Texas native eventually took the stage alongside Barker, 45, after being introduced by Fox and Kardashian, 42. “New York, I need you to get extra loud for our future baby daddies,” the Transformers star joked before the reality star announced both of the musicians.

After the show, the Dirt actor fake laughed and slapped down the microphone when asked about his “scuffle” with the athlete by a Variety reporter. McGregor, for his part, told Entertainment Tonight that “absolutely nothing” happened between the men.

“I don’t know. He showed up, and I don’t know. I don’t know the guy,” the Ireland native said on Sunday. “Nothing happened with me, I only fight real fighters, people that actually fight, you know what I mean? I certainly don’t fight little vanilla boy rappers. I don’t even know the guy. I don’t know anything about him, except that he’s with Megan Fox.”

Despite all the controversy, Kelly appeared to enjoy his night out with Fox, who he’s been dating since the summer of 2020. According to Nesis, it was the Jennifer’s Body actress who was trying to hide from the cameras during their double date on Sunday.

“Her face was obscured like she was emotionless. You could really just see MGK and Travis and Kourtney. It was like she was tying to hide herself,” she tells Us of the outing, noting the group “were just talking like normal couples” while at the restaurant.

The eyewitness explains that fans continually came over and asked for photos as the stars chatted. “They were very polite and took pictures with some fans. They were all the way in the corner in the back,” she adds, revealing the meal didn’t include any kissing and “zero PDA, except when they left holding hands.”

The following day, Kelly addressed his VMAs ups and downs while appearing on Late Night With Seth Meyers.

“There could be a documentary about everything that happened backstage at the VMAs last night,” he joked on Monday, September 13, noting he didn’t plan to smash his guitar at the end of his performance. “I wasn’t supposed to close out the show.”

With reporting by Diana Cooper