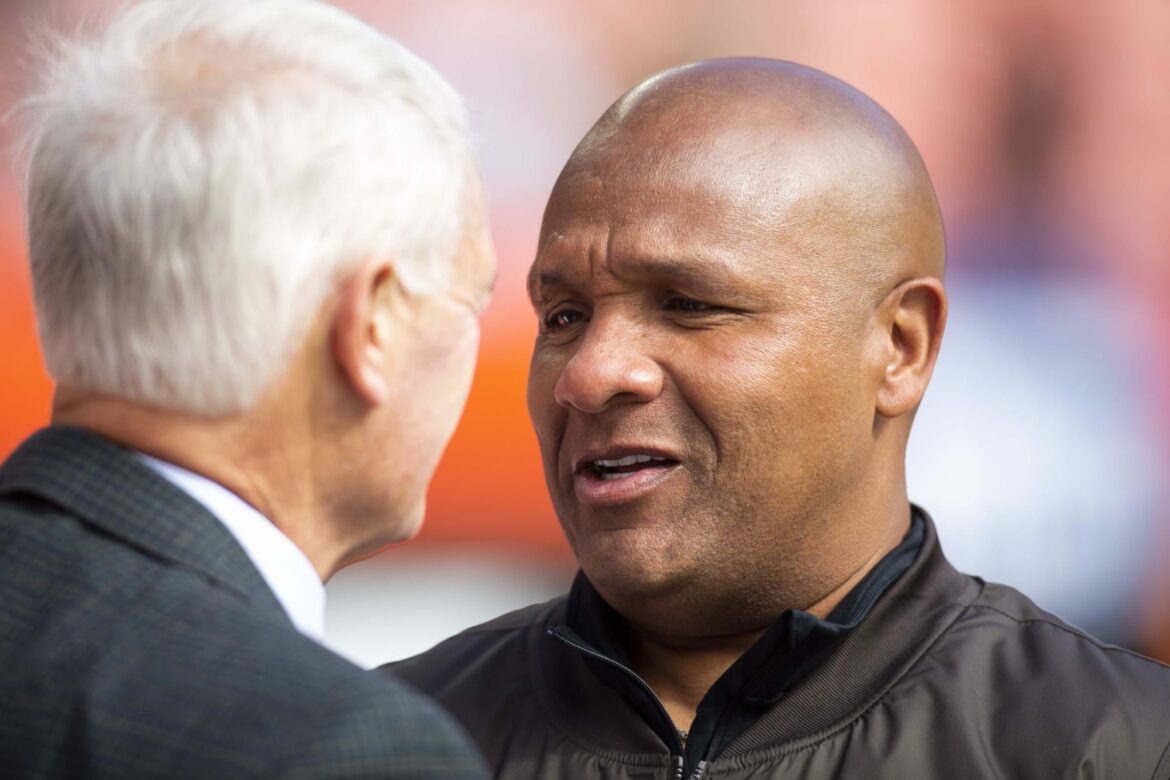 Former Cleveland Browns head coach Hue Jackson backtracks in saying that he was not paid to lose games by his former employer.

Hue Jackson repositions his comments by saying he was not paid money to lose games as the former head coach of the Cleveland Browns.

“No, I was never offered money like Brian (Flores) had mentioned,” said Jackson to CNN’s Anderson Cooper on Friday night. “I think this is a totally different situation but has some similarities.”

Jackson’s initial comments about the matter came in the wake of the Brian Flores lawsuit with the NFL. Flores is suing the NFL for racial discrimination in their hiring practices of head-coaching candidates like himself. One bombshell in the lawsuit was him alleging Miami Dolphins owner Stephen Ross offered to pay him $100,000 per loss as the head coach of the 2019 team.

Jackson was in a similar situation when he was the head coach in Cleveland. He went 1-31 in his first two years on the job. Browns owner Jimmy Haslam fired Jackson midway through his third year leading the team in 2018. His record was 3-36-1 during his tenure with the Browns. Jackson is now the head coach of the Grambling State Tigers, a job he was hired to do back in December.

While there is no doubt that the Browns were tanking during Jackson’s run as their head coach, the team got immediately better once defensive coordinator Gregg Williams took over for him in the interim. Along with offensive coordinator Freddie Kitchens, the Browns entered the 2019 NFL season with a great deal of promise. Of course, that year was a disaster, but 2020 was way better.

While it remains to be seen what happens in Flores’ lawsuit with the NFL, an unintended consequence of the lawsuit could result in Ross losing ownership of his team. With sports gambling becoming increasingly more mainstream in the United States, having an owner who is trying to manipulate the outcome of games is an offense that could result in immediate expulsion.

Jackson may have clarified his comments to Anderson Cooper, but the damage is already done.