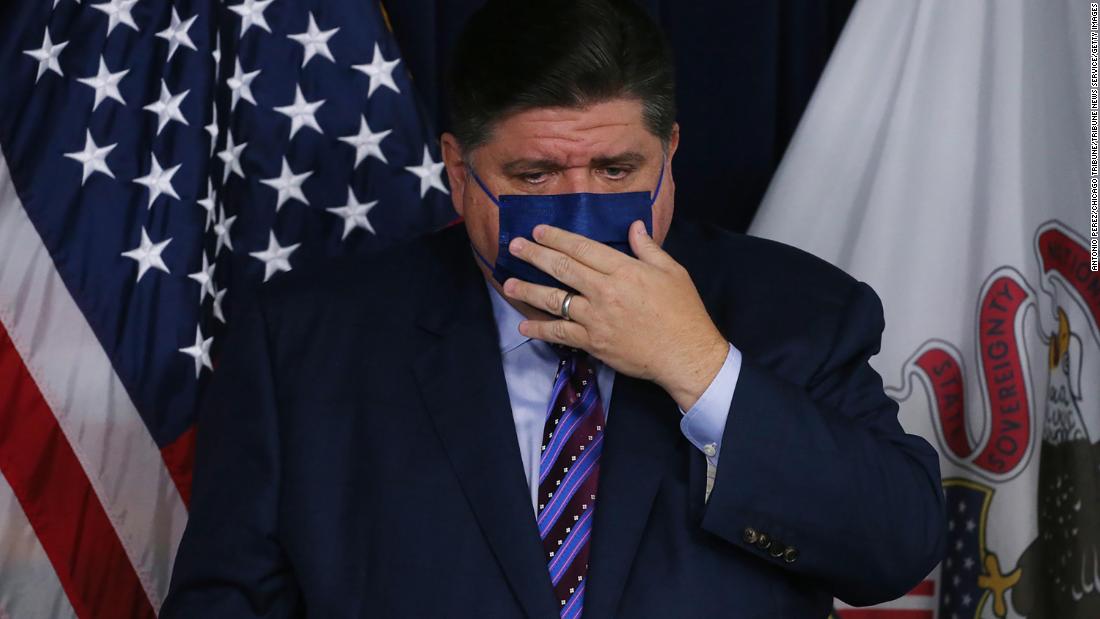 The court, however, said the ruling does not apply to local mandates, and the Chicago Public Schools district — which was engaged in a bitter dispute with its teachers’ union earlier this year over Covid-19 safety protocols — swiftly said it would continue to require masks.

Earlier this month, the Circuit Court of Sangamon County issued a temporary restraining order against emergency rules issued by the state’s public health department and board of education, which, among other things, required masking in schools. The state health department attempted to renew the emergency rules this week, but was overruled by a state legislative oversight committee.

In its opinion Thursday, Illinois’ 4th district appellate court pointed to the expiration of the emergency rules and declared Pritzker’s appeal to be moot. The court also found that the restraining order “in no way restrains school districts from acting independently from the executive orders or the (Illinois Department of Public Health) in creating provisions addressing COVID-19.”

Jordan Abudayyeh, a spokesperson for Pritzker, said the governor was “disappointed” in the ruling and that he would appeal to the state Supreme Court.

“In the meantime, the Governor urges everyone to continue following the doctors’ advice to wear masks so students can remain safely learning in classrooms, and is encouraged that the court made it clear that school districts can continue to keep their own mitigations in place,” Abudayyeh said in a statement.

The Chicago school system, the nation’s third-largest, said it was “pleased” that it can continue to implement its safety protocols. And Jesse Sharkey, the president of the Chicago Teachers Union, said “nothing changes” in regard to the city’s mask mandate.

“The agreement that rank-and-file Union educators fought for, and sacrificed four days of pay for, will continue to protect our school communities,” Sharkey said. “Masks will remain in all CPS schools, which research and national polling both show is essential mitigation that the majority of parents and families support.”

In January, a dispute between the city and the teachers’ union over Covid-19 safety protocols led to the cancellation of five days of school. Students returned to class following an agreement requiring KN95 masks for students and staff for the rest of the school year, the availability of weekly Covid-19 testing and parameters for when a school could switch to remote teaching.

States across the country have begun to roll back classroom mask mandates amid plunging case numbers nationwide and increasing pressure from parents.

In Virginia, Republican Gov. Glenn Youngkin has aggressively pushed to end mask mandates in schools and this week signed a bill that allows parents to opt their children out of them. And the Democratic governors of Connecticut, New Jersey and Delaware, as well as Oregon’s health department, have set timelines for the end of their states’ school mask mandates. Checkout latest world news below links :
World News || Latest News || U.S. News