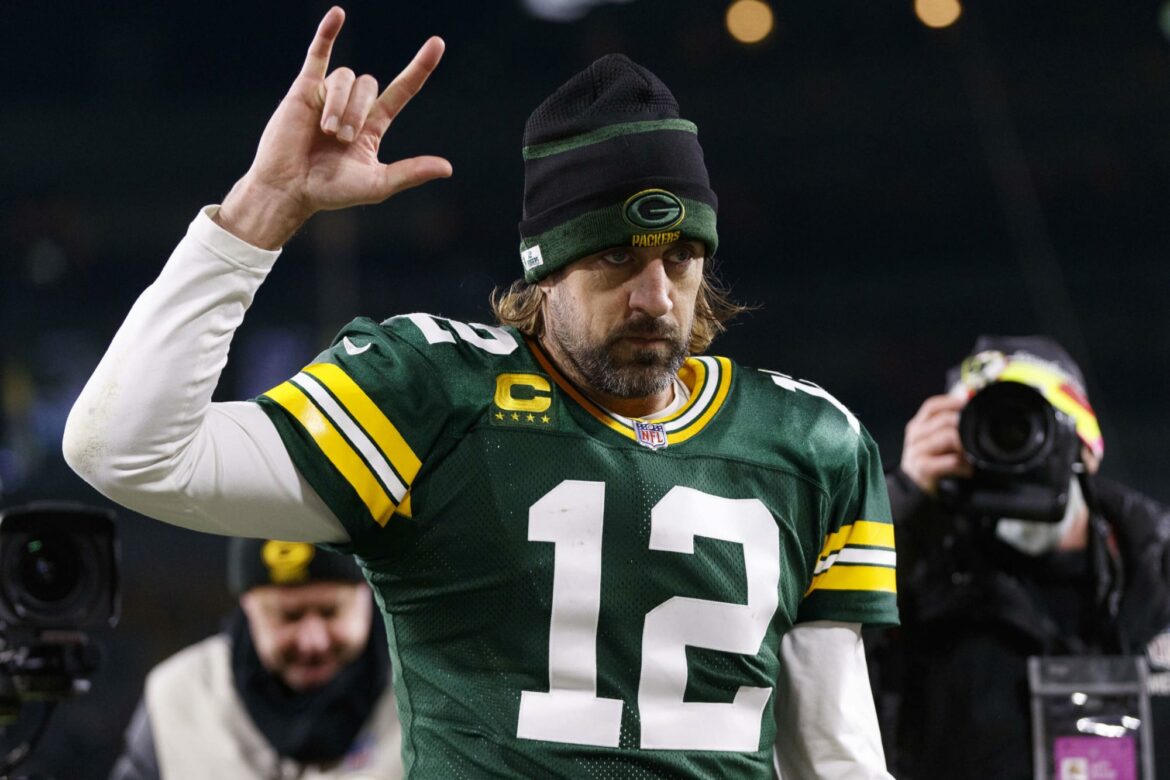 While assessing the damage caused by a tornado in Kentucky, President Joe Biden joked with a Green Bay Packers fan, saying the team’s star quarterback Aaron Rodgers needs to go get his COVID-19 vaccine.

Rodgers did not get vaccinated during the offseason, telling the media he was immunized when asked about his vaccination status months ago. As it turns out, he was unvaccinated and had to miss time this NFL season after contracting COVID. While Rodgers made a full recovery, Biden joking with a Packers fan about Rodgers’ vaccination status brings up a major larger issue at hand.

Given that he plays for one of the three most popular franchises in the NFL, Rodgers getting the vaccine would go a long way towards getting those on the fence, or on the other side of it, to change their minds.

Speaking to a storm survivor i Kentucky who’s wearing a @packers winter hat, @POTUS Biden tells her: “Tell your quarterback he’s got to get the vaccine.”

Because Rodgers contracted COVID only a few weeks ago, he has achieved “immunicorn” status and will not be subjected to regular testing for three months time.

Biden jokes with a Packers fan about Aaron Rodgers while touring tornado damage in Kentucky: “Tell that quarterback he’s gotta get the vaccine.” pic.twitter.com/VSWqHjkRbG

Will Aaron Rodgers get vaccinated upon President Joe Biden’s request?

That’s really up to Rodgers. He’s a grown man and he can do whatever he wants. While missing time with COVID hurt his bank account, Rodgers is going to do whatever he feels like. If you need proof of that, just look back on the joyride of an offseason he put the NFL media and Packers fans through this offseason. He has a Super Bowl to win, but Rodgers is clearly going to do it his way.

Green Bay may end getting the No. 1 seed in the NFC again. However, NFC Championship games have been the bane of Rodgers’ existence for over a decade now. He has dropped so many in a row that it is easy to lose track. The last time the Packers did win the NFC Championship Game, they defeated Jay Cutler and the Chicago Bears at Soldier Field way back in the 2010 season.

Rodgers may hear President Biden’s pleas for him to get vaccinated, but he probably won’t listen.